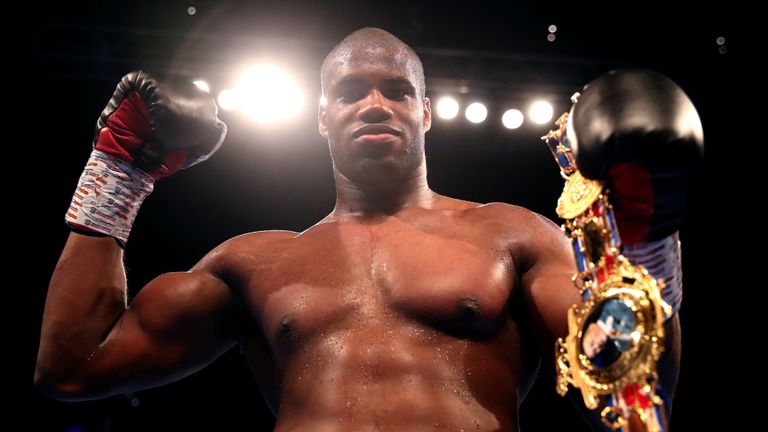 Speaking to proboxing-fans.com Daniel Dubois welcomed a future showdown with fellow British Heavyweight Dillian Whyte after Frank Warren shocked the world with his press release pitching to Eddie Hearn to have a Queensberry Promotions vs Matchroom Boxing event.

‘Dynamite’ laughed it off as “just talk” at the moment but went on to say, “it’s business talk. It’s going to be interesting if they can actually co-promote a show together. That would be amazing, two of the best promoters I believe in Britain and probably the world. But it’s just all talk. I like it, it’s great talk for the boxing world it needs that little banter but it’s just talk.”

Frank Warren had pitted Dubois against Dillian Whyte on the ‘fight poster’ he had created. It was a fight that interests Daniel, here’s what he had to say, “a great fight down the line. I’m sure I’ll be after him after Joe!”

First Dubois must get past Erik Pfeifer who is a hungry and undefeated opponent will be coming to throw a spanner in the works for Dubois vs Joe Joyce.

“It’s been great to be back in the gym sparring. I’ve really missed this work and being in here, I’ve enjoyed being back preparing for this next fight. I fell back to life.

“[It’s made me] appreciate boxing just being able to do this wonderful sport that I really love. It gives me great joy to be practicing the art I have been doing since I was a kid.”

Dubois continued telling proboxing-fans.com “He is undefeated, been around a while, a veteran. He will be coming to win, I know he will. He’s travelled a lot, had a fair few fights so he knows his way around a ring.

“I think every opponent is dangerous. He is probably going to come with that, I guess when you haven’t lost as a pro you have a bit more of a bravado but whatever he’s going to bring I am going to break through it and get the job done.

“[It’s] very important to get rust off. I don’t want to go into a fight like Joe [Joyce] and not have a fight before that. Just get back to walking to the ring and get the whole fight atmosphere again.

“No risk, fighting is what I do so there’s no risk for me. This is a great opportunity to show I’m prepared and going to be better than ever before.”

Finally, ‘Dynamite’ dismissed his rival’s performance against Michael Wallisch claiming that Joe Joyce, “doesn’t look great in any fight.” So didn’t take too much away from his warm up fight but one thing is for certain, Daniel Dubois is ready.