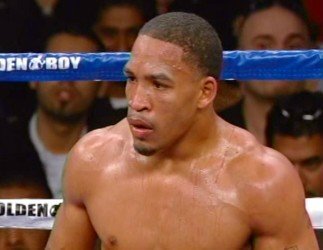 Oscar De La Hoya, in a recent interview with FightHype, had a ton of compliments for the next man to be going up against Canelo Alvarez. He referenced James Kirklands victory over Alfredo Angulo as a highlight of Kirklands career and went on to say that the come forward style Kirkland brings will generate fireworks in this fight.
There have been a lot of questions about Saul Alvarez recently and he is receiving some very mixed opinions from the public and media at this point. In my opinion I can see both sides of the argument. On the positive side Alvarez has 44 wins in 46 fights with just one loss and one draw. At 24 years of age he has the time to amass a huge amount of fights by the time he retires and the fact that he has already fought with some of the best at such a young age is impressive. He has victories over notable names such as Erislandy Lara and Austin Trout and on top of this he has a pretty enjoyable style to watch and enjoys huge popularity which means he can nab the big fights.

On the other hand there are some problems. He was outclassed by Mayweather and on my scorecard lost every single round. The fights against Lara and Trout were extremely close and the win over Angulo, whilst more impressive, proved to be worth little when Angulo also lost to an underweight and overrated James De La Rosa in his next outing. Also before the Mayweather fight Alvarez didn’t really face any noteworthy opponents excite for a very very faded Shane Mosley.

You can understand that there is a lot of potential here as Alvarez is still learning and improving today, and in hindsight the Mayweather fight was to early for him, but it is an opportunity that nobody could or should ever turn down.

James Kirkland currently has a record of 32 – 1 – 0 (28KO). If it wasn’t for some curiously long absences from the ring and an upset stumble in 2011 Angulo would be one of the hottest names in the sport today, but approaching 31 years of age, this could be Kirklands last shot at the big time. Notable victories include Alfredo Angulo (when he was relevant), an undefeated Glen Tapia, Brian Vera and Carlos Molina. The one loss on his record was in the first round in an upset to Nobuhiro Ishida. Kirkland didn’t look hurt in that fight, but the three knockdown rule was in effect, so after going down for the third time the fight had to be stopped despite the fact that Kirkland looked ready to continue.

This could prove to be a fantastic fight and you would have to look at Alvarez as the favourite, but anything can happen in boxing, especially when you combine two guys records to come up with 76 – 2- 1 (59KO). Kirkland can certainly punch and apply pressure so we could certainly be treated to an upset in this one.