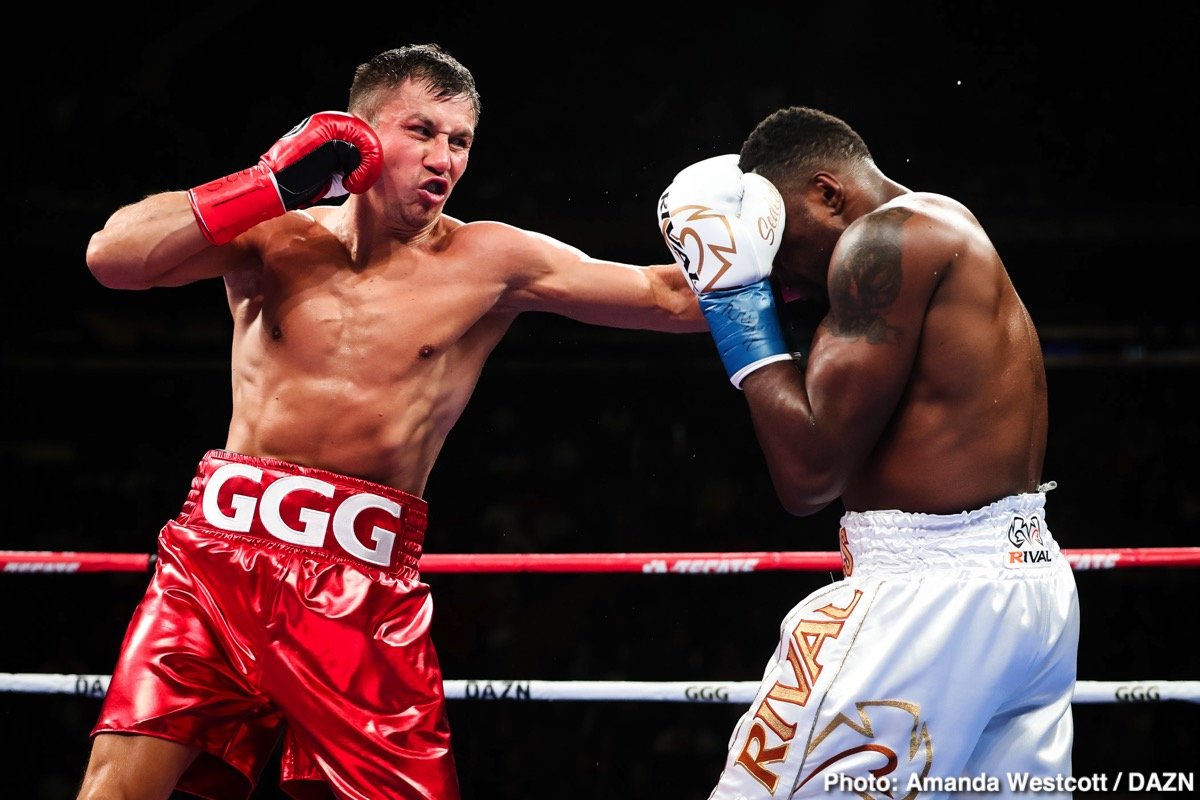 Oscar De La Hoya has made no secret of that fact that HE will call the shots with regards to if and when a third fight between his star fighter Canelo Alvarez and his arch-rival Gennady Golovkin takes place. It’s a massive fight, one that is both demanded by fight fans and is seemingly easy to make seeing how both fighters box on DAZN, but De La Hoya insists that not only is Canelo the A side, but that GGG must win a world title before any third fight goes down.

And Oscar sent Triple-G a sarcastic tweet “congratulating” him on last night’s impressive fourth-round KO over an unbeaten but largely unknown Steve Rolls:

But does GGG really need to win another belt to make this fight happen? We all know these two are the two very best middleweights in the world and we also know how close both of their fights were (fight two especially). We need to see that third fight and De La Hoya knows it. The Golden Boy should give us what we want. A third battle between Canelo and GGG seems a natural for this September, over Mexican Independence Day weekend; and imagine the numbers a third fight would pull in then.

READ:  Roy Jones Jr. Open To Fighting “Somebody Over 50”
https://youtu.be/27qCYpiItY0

If Canelo opts to take another fight instead, he may run the risk of alienating the fans, as popular as he is right now. And if GGG did challenge for some kind of belt next, that would push a third fight back to next year. We want it next. Let’s hope De La Hoya realises what the paying fans want and that he does his best to give it to them. GGG must not be offered some low-ball offer for the third and presumably final fight of this, the greatest middleweight series in years.

Canelo may well be the A side, but Golovkin brings a whole lot to the party.