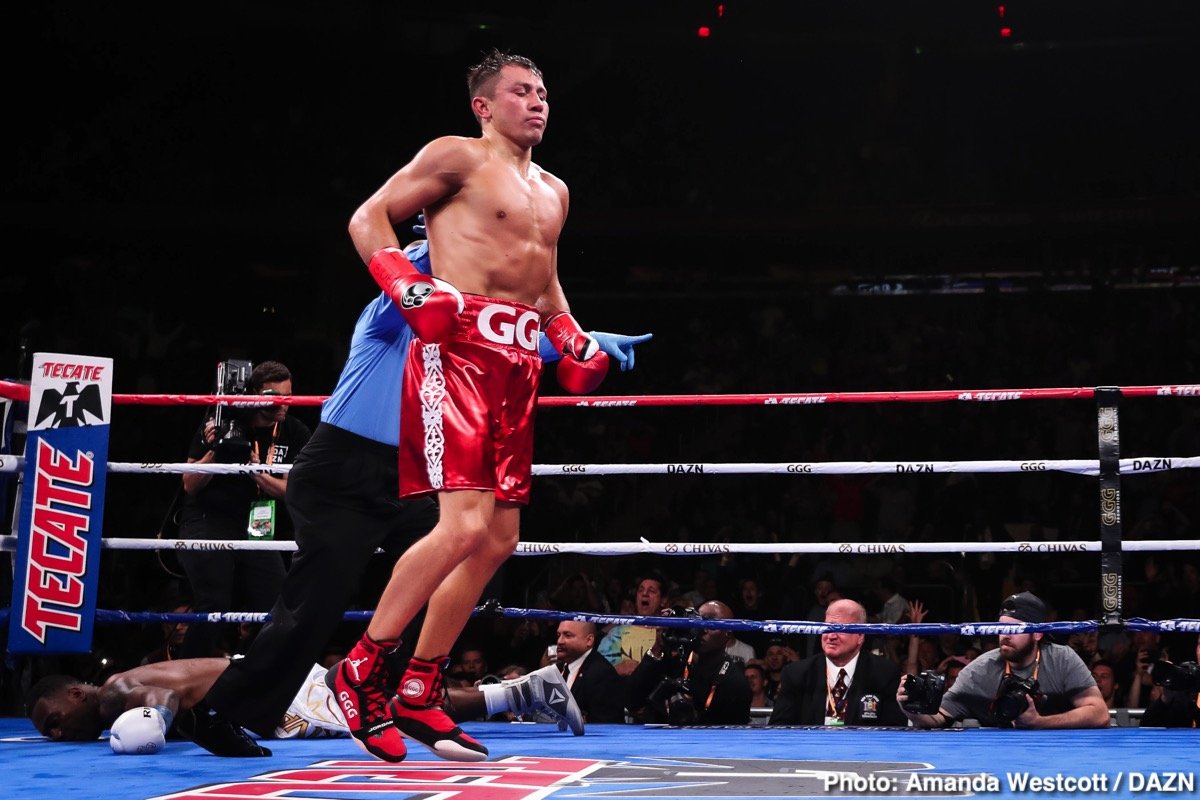 Former middleweight ruler Gennady Golovkin, a fighter who believes he is still undefeated, got back to doing what he does best last night in New York, as he scored a chilling KO over Steve Rolls in his DAZN debut. The 37 year old uncorked a sizzling left hook to the chin in round-four, and that was that. Golovkin said afterwards how he felt “great, I feel like a new baby.”

GGG also wasted zero time in calling for a third fight with Canelo Alvarez; a man he feels he twice defeated (a draw and a close decision loss) yet wants to fight a third time all the same. “If you want a big drama show, please tell him,” Triple-G said of the Mexican star.

But will Canelo play ball?

Promoter Oscar De La Hoya, who spoke with TMZ Sports a couple of days ago, said the plan is to “make him wait, he is the B fighter now.” De La Hoya plans to have a big meeting with Canelo this week to discuss their next move. Canelo has plenty of options other than a third fight with GGG, it’s true – a second move up to 168 or even a historic move up to 175 pounds amongst them.

But the fight the fans want is that third rumble between Canelo and Golovkin. This is the fight we NEED. Golovkin has said that he isn’t too concerned with what De La Hoya says, that he is “99 percent sure” he will be fighting Canelo again this September. If the two biggest stars of the middleweight division do fight then, we can expect another tough, close and gruelling fight; more than likely one that goes the distance.

De La Hoya says he feels Canelo will score the KO this time, but then he said that going into the second fight. In reality, everyone concerned knows how evenly matched these two are and how they will bring out the best in each other no matter how many times they share a ring.

For now though, Golovkin, 39-1-1(35) can celebrate avoiding a big upset the way Anthony Joshua was unable to do when he fought at Madison Square Garden last weekend. GGG is also happy due to the fact that he scored his first win and KO since May of 2018. It’s good to see him back.