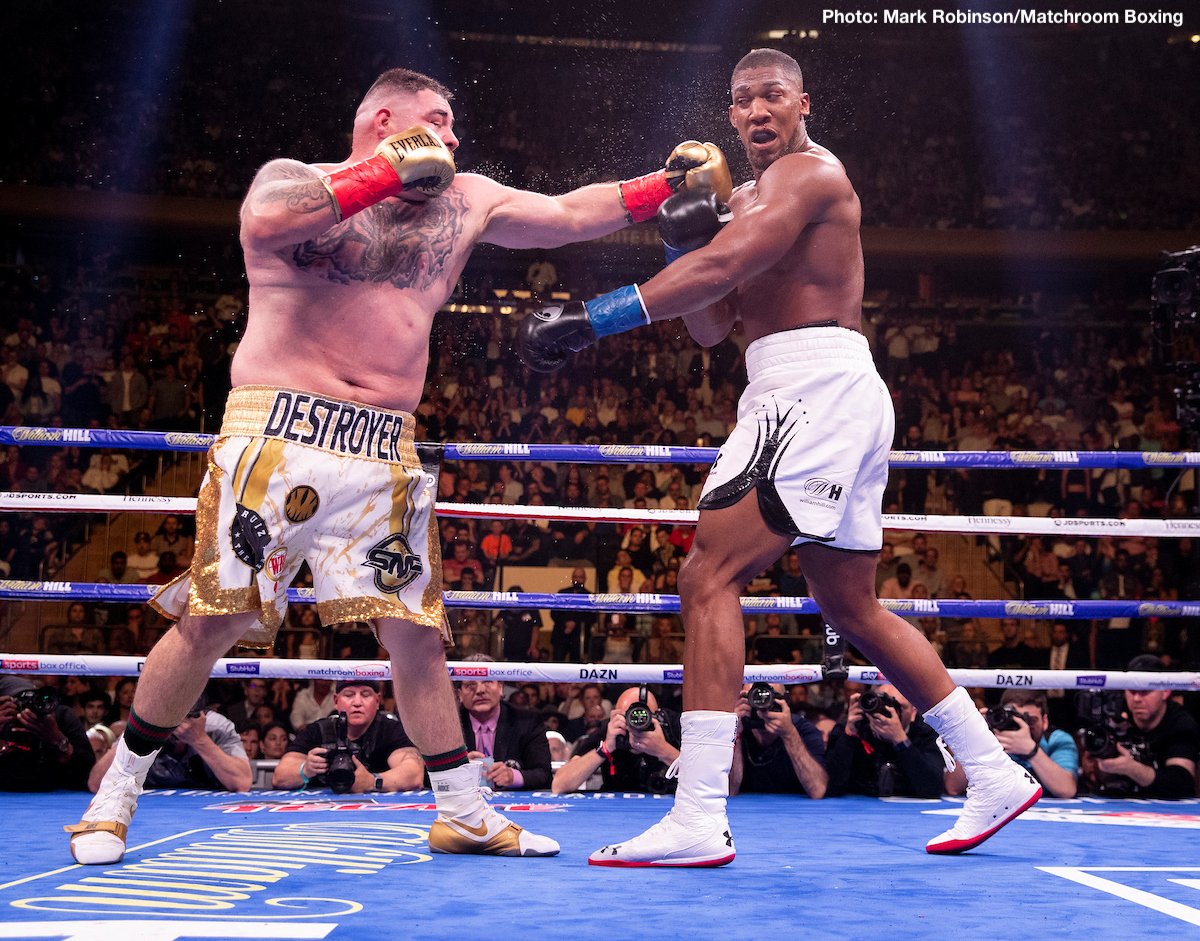 Which big upset shocked you more: Lloyd Honeyghan’s stoppage win of the great Don Curry in 1986, or June 1st’s Andy Ruiz stoppage win over Anthony Joshua? Promoter Bob Arum was reminded of the Curry disaster when assessing where A.J may go from here as he tries to rebuild after his devastating loss to Ruiz.

And, in speaking with The Telegraph, the Top Rank boss stated that Joshua could suffer the same fate Curry suffered after tasting defeat for the very first time, and never be the same fighter again. Arum also said that he is at a loss as to how Ruiz, a man he says “has absolutely no punch,” managed to KO Joshua.

“It’s not something I would have predicted,” Arum said of the big win scored by Ruiz. “Andy is a pretty good fighter. He has fast hands and quick feet. But he has absolutely no punch. He was in with a lot of guys who couldn’t spell fight, and he beat them, but he couldn’t knock them out. Andy Ruiz is a lovely guy, but he’s no Wladimir Klitschko. If Joshua was able to survive Klitschko, who can punch, and knock him out, how the hell does Ruiz beat him?”

Arum suggested that “maybe it wasn’t Joshua in the ring,” that A.J didn’t train as he should have for Ruiz, who he felt he would easily defeat. Maybe, but A.J says no, as does Hearn. Arum now feels it would be crazy for Joshua to go into an immediate rematch with Ruiz, who he used to promote (and probably wishes he still did).

“When something like this happens, there may never be that Joshua again,” Arum said in the same Telegraph interview. “Let me give you an example that English boxing fans will understand. We had this great welterweight. People were saying he was going to be better than Sugar Ray Leonard. He was a champion named Don Curry. We put him in with Lloyd Honeyghan. And Honeyghan was like a 40-1 underdog. Curry didn’t show up and got beat. He was never the same fighter. This is what could happen to Joshua.”

Curry never got the chance to redeem himself in a rematch with Honeyghan, but it seems Joshua will get a second go at Ruiz. Is Arum right, is this a crazy move (as heavyweight legend George Foreman also says, suggesting Joshua “leave Ruiz alone”) or is Joshua right to waste no time in trying to right that massive wrong he suffered in New York?

One thing we can all agree on is how Ruiz-Joshua II will be absolutely massive.