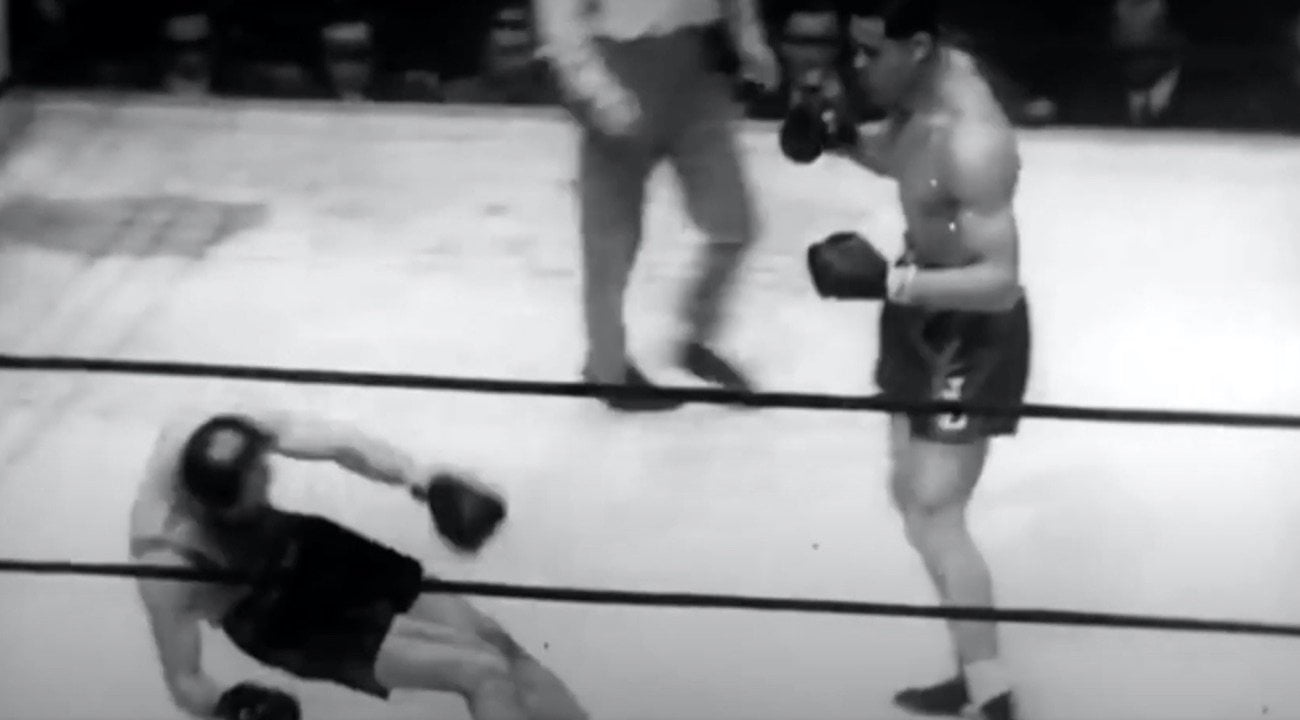 On this day way back in 1951, the great Joe Louis won a fight for the very last time. Balding and looking somewhat gaunt, the former heavyweight king, back in the ring due to the utterly disgraceful manner in which he was treated by the IRS (Joe somehow owing money in the form of taxes, this despite his unbelievable generosity during the war effort in WWII; Louis handing over vast thousands) fought Jimmy Bivens in a ten-rounder in Baltimore.

Bivens, no spring chicken himself at age 31 (old for a fighter back then) had been a fine light-heavyweight, beating greats fighters such as Ezzard Charles, Lloyd Marshall, Billy Soose and Gus Lesnevich. One of the best fighters never to have got a world title shot, Bivens was an amazing 78-20-1 by the time he met a 37 year old Louis. Bivens weighed just 180 pounds to 203 for the 66-2 “Brown Bomber.”

Louis was way past his best, yet he still had a great left jab and thudding power that could end matters if he was able to find the target and then pull the trigger in time. Against an oddly negative and back-pedaling Bivens, Louis was unable to land his bombs. Louis – who had strung together seven wins since his failed attempt at regaining the heavyweight crown in a 1950 shot at Ezzard Charles – had something left yet he was nothing like the beautiful fighting machine he had once been.

Louis won a pretty wide decision, at 7-3, 6-3, 6-3, and he would fight on. Sadly, after picking up less than $25,000 for the Bivens fight, Louis faced new star Rocky Marciano. The rest is history. It really is disgraceful how Louis, one of America’s genuine heroes, saw out his career; how he had no choice due to those vultures masquerading as government officials.

As for Bivens, he fought on too, having 12 more fights after losing to Louis. Bivens fought and KO’d Coley Wallace (Wallace being the man who would play Joe Louis in the 1953 movie ‘The Joe Louis Story’), but he was beaten by Bob Baker, Tommy Harrison, and by Charles. Bivens went out a winner in October of 1955, with a points victory over Mike DeJohn. Bivens finished up a remarkable 86-25-1(31). He was stopped just five times.