Marvelous Marvin Hagler’s career at world title level began with a nasty taste being left in his mouth, while the very last world title fight Hagler had left an even nastier, even more bitter taste in his mouth. It was on this day back in 1979 when the southpaw warrior who had, as he said himself, “never had nothing easy in boxing,” got his first crack at the world middleweight title. Vito Antuofermo was the champ and the tough guy from Italy was making his first defence. The two warriors met at Caesars Palace in Las Vegas

On the same card as the Sugar Ray Leonard-Wilfred Benitez world welterweight title fight, Antuofermo-Hagler became a hard 15 round battle, with challenger Hagler seeming to get the better of things. Yet the result that was handed in by the judges would forever make Hagler suspicious of boxing judges, those working in Las Vegas in particular. 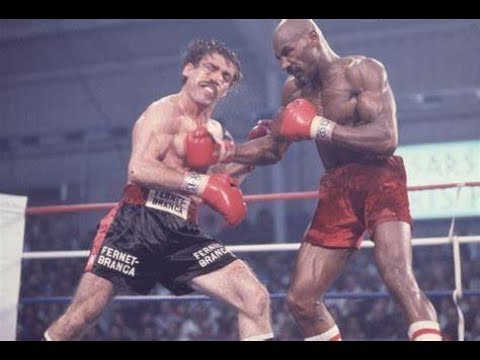 Hagler had been a pro for six years and he had worked hard and he had worked constantly in compiling his 46-2-1 record, with plenty of these fights coming against fellow Philly hard men. Antuofermo, who was 45-3-1, was outworked by Hagler in the fight; he was stung by shots thrown by the sharper than sharp challenger, and Hagler was building a handsome lead. Or so he thought. Bleeder Antuofermo managed to rally some in the later rounds, yet it wasn’t enough. Only it was enough for Vito the retain the title.

Busted up and bleeding once again, Antuofermo was awarded a draw, his belts staying with him. Even the pro-Antuofermo crowd booed the decision handed in by Chuck Hull. Hagler was sick to his stomach and he wanted to quit. On the way out of the ring, the great Joe Louis encouraged Hagler to carry on. Fellow heavyweight legend Joe Frazier told Hagler he had “three strikes against him:”

Hagler fought on, of course. “It made me meaner; it made me more aggressive,” Hagler said of the Antuofermo decision. Eventually, after seven years of toil, almost all of it seeing Hagler collect pretty meagre paydays (he got $40,00 for the Antuofermo fight), Marvin smashed Antuofermo’s conqueror Alan Minter to become world champion and begin his reign of terror. Antuofermo was done away with in a rematch, this fight being one of Hagler’s 12 title defences.

And then Hagler’s reign came to its hugely, its enormously, its endlessly debated end. If the Antuofermo decision disgusted Hagler, the split decision loss he suffered at the hands of Sugar Ray Leonard haunted Hagler to his dying day. Much has of course been written about the April 1987 fight and its decision, too much in fact. But this is how Hagler’s world title run began and ended, bookended between two hugely controversial decisions.

We all know which decision hurt Hagler the most. 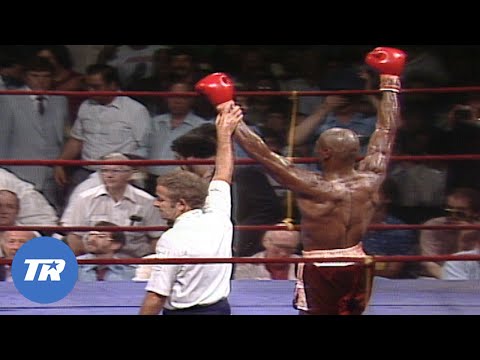