It is undeniable that Meldrick Taylor, a fighter seemingly on the path to true greatness, was never the same after his incredible 1990 battle with Julio Cesar Chavez. In fact, some say Meldrick was “ruined” by the loss that came with just a couple of seconds left on the clock in the 12th and final round. The manner in which he lost was heart-breaking for Taylor, yet the substantial amount of punishment he took in the fight proved to be the most significant factor.

But Taylor came back. Having been “two seconds from glory,” 25 year old Taylor returned as a welterweight, this seven pounds above the weight at which he had warred with Chavez. Taylor defeated a good fighter, an underrated fighter, in Aaron Davis to take the WBA belt. For a while, it looked as though Taylor would not be too severely affected by the night of March 17, 1990. Taylor managed two retentions of his new belt.

It was on this day in 1992 when Taylor fought his last great fight. Going in against Glenwood “Real Beast” Brown, a tough and skilled operator from Plainfield, a warrior who was coming off a split decision loss to Maurice Blocker and who had never been stopped, Taylor went to war again. The fight took place in Taylor’s hometown of Philadelphia and the fans in attendance saw their hero win – but just barely.

Brown either dragged Taylor into an at times wild and thrilling brawl, or Taylor went willingly. Either way, it was a great fight, a tough fight, a punishing fight. Taylor, still incredibly fast, with his blurring hands in particular, had to take two counts in the fight, one in the opening round, the other in the fourth round. Taylor insisted he was not hurt on either occasion. But Brown was piling up points. Half way into the intense affair, Brown was ahead on the cards.

But Taylor had a monstrous fighting heart and he came back in the second half. Taylor boxed, the way he should have done in the final rounds of the Chavez epic, and he managed to win a close unanimous decision (winning by just one point on one card, by three points on the other two cards). Taylor was still champion but he had given a whole lot to keep his belt. 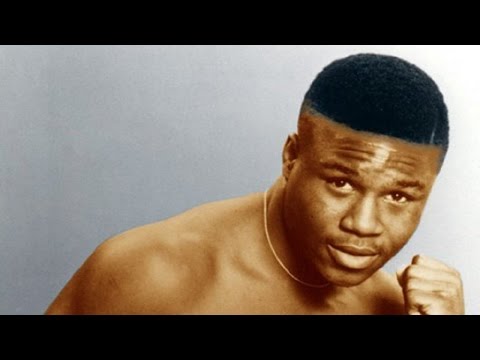 A move up to 154 pounds and a challenge for Terry Norris’ belt proved catastrophic for Taylor, the bigger man taking him out in four rounds. Then, having dropped back down to 147, Taylor was stopped again, this time by Crisanto Espana, Meldrick losing his WBA welterweight title in the eighth round in London (on the Lennox Lewis-Razor Ruddock card). Taylor’s last big chance came, quite ironically, against Chavez, this is in a 1994 rematch back down at 140 pounds.

Taylor had shifted a good deal of weight ahead of the fight and he did give Chavez trouble for a few rounds. In the eighth round, though, the Mexican legend got the stoppage. There was no controversy this time. Taylor should have retired right then and there. Instead, sadly, the one-time “Kid” fought on ten more times, losing four, to men who would never have lived with him when he was in his beautiful prime.

If you want to see Meldrick Taylor at his best, do not look at any fights of his that came after his hard-fought decision win over Glenwood Brown from 29 years ago today.