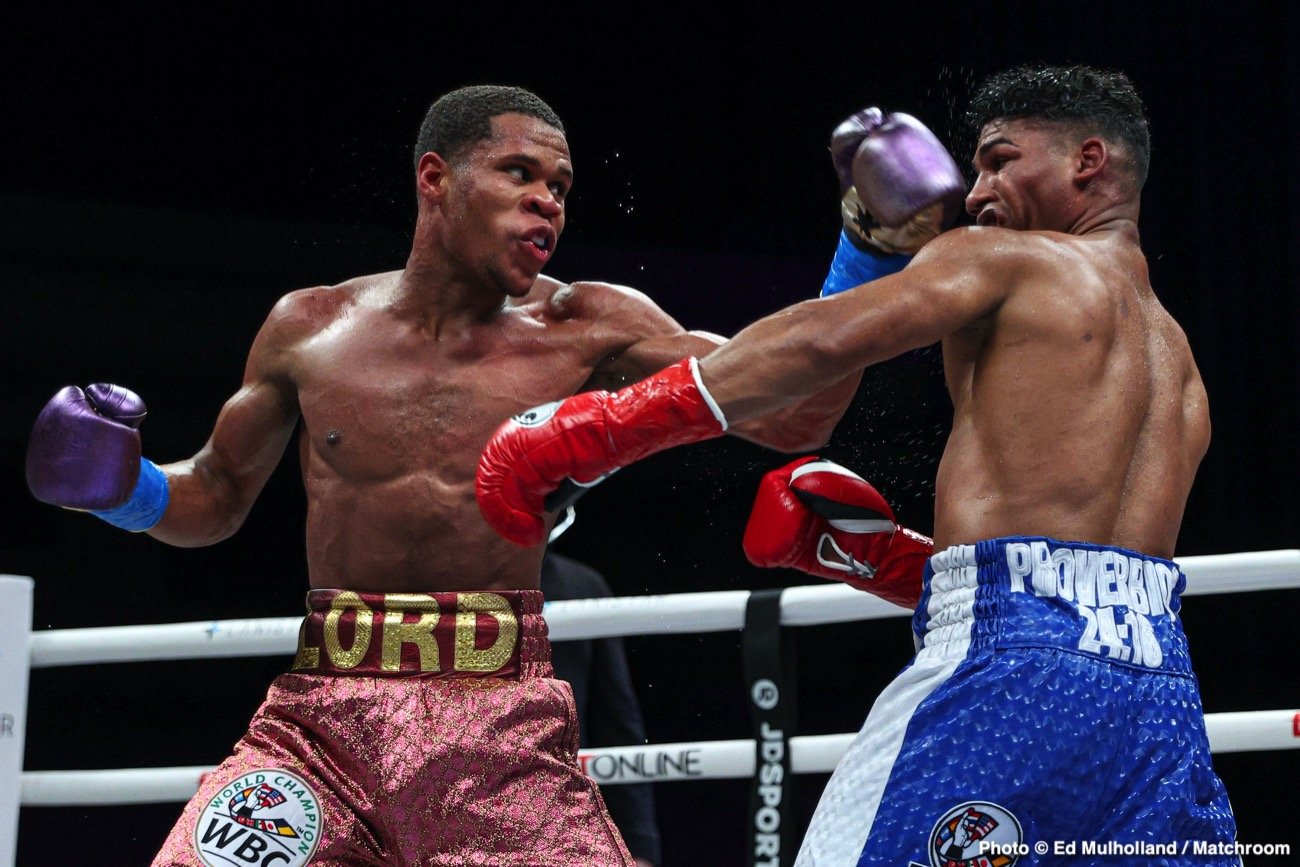 “But Those Guys Fought Each Other”

Throughout the 1980s, four very special, and very great, fighters all attained their greatness in large part by fighting each other. They were Sugar Ray Leonard, Thomas Hearns, Marvin Hagler and Roberto Duran – “The Four Kings.” It was a special time in boxing, one perhaps never to be replicated. But maybe, just maybe, the four young, talented and unbeaten lightweights that are all currently jockeying for the supreme spot – Teofimo Lopez, Devin Haney, Gervonta Davis, Ryan Garcia – will give us a “Four Kings” mark-two. Maybe.

Haney, the WBC champ at 135, is flattered at being compared to the boxing Gods listed above, yet as he said when speaking with ESPN.com, “those guys fought each other.” Haney says that he and his rival 135 pounders must do what, “Sugar,” “The Hitman,” Marvelous and “Hands Of Stone” did, and that’s risk that title, that unbeaten record, by taking on each other at least once.

And as Haney explained to Cameron Wolfe, he feels he is “the most-rounded” of the current Fab Four.

“That’s dope. I’m grateful to be one of the guys to be compared to such great fighters like Hagler, Leonard, Hearns and Duran,” Haney said. “But in reality, those guys fought each other. So we got to make these fights happen to really live up to that. I’m the most-rounded fighter (of the four). I have the defense. I have the speed, I have the power. I have everything – I can do it all. The key for me is getting the belts. I want all the belts to make me a shot-caller.”

If Haney can get his hands on all four belts, the other guys will have no choice but to fight him. Right now, Lopez has most of the belts, all of them aside from the WBC title in fact (Lopez having the WBC franchise belt, Haney the actual WBC belt). The thing with the “Four Kings” is, each time one legend in the making fought the other, it was because his rival had something he badly wanted – be it Hagler craving Leonard’s financial status, Hearns desperate to prove he was the better fighter than Sugar Ray, or Leonard needing revenge over Duran so as to be able to live with himself.

Right now, in today’s boxing world, Haney, Lopez, Davis and Garcia could all do very well, they could win a title or two and they could pick up some huge paydays, without fighting each other. This is the state the sport is in these days. It’s up to the fighters to really WANT to take the risks, to take on their most dangerous rivals. “The Four Kings” did it, time and again, and this is what added enormously to their greatness.

If only today’s young fighters understood this. Maybe Devin Haney does.