This one was big, in a number of ways. The fight that took place on this day in 2009, between reigning and defending WBA heavyweight champ Nikolai Valuev and former unified cruiserweight champion David Haye, captured the imagination of the fans, especially in the UK. Haye hyped the fight hard, appearing on TV shows, giving a ton of interviews, the sheer size different of the two men proving a big talking point. Images of the 7ft tall, well over 300 pound Valuev towering over Haye in face-to-face stare-downs were everywhere.

Dubbed, less than imaginatively, “David Vs. Goliath,” the fight that took place in Nuremberg, Germany went on to pull in good numbers on Sky Sports Box-Office. But as big, as important as the win was for Haye, the fight itself was no classic. 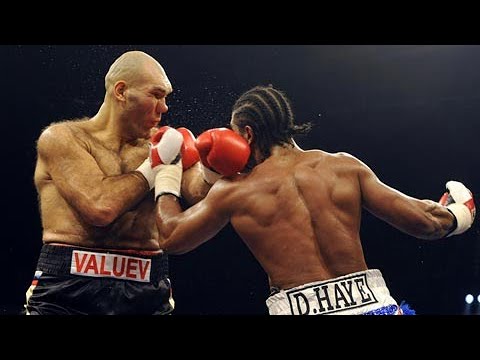 That said, the fight retained the interest of the fans throughout all 12 rounds and, in the final session, Haye almost caused a sensation that, had he managed it, it would likely have broken the internet. Haye wobbled Valuev in the final round, breaking his right hand in the process. Valuev, who had never been down in his career, did a silly dance and for a second or two it looked like the tallest, heaviest heavyweight champion in history might fall.

Valuev, however, held on, the crisis passing. Had Haye, who had fought conservatively, boxing and moving, getting in and getting back out, done enough? It was close, but Haye was awarded a 12 round majority decision victory. Valuev never fought again, later going into politics. Haye – who said hitting Valuev’s head was “like hitting a brick wall” – was now very much a player at elite heavyweight level, his winning of a piece of the heavyweight championship aiding his bargaining power in an in-the-works showdown with IBF/WBO/Ring Magazine ruler Wladimir Klitschko.

Haye, in beating Valuev, had become only the second cruiserweight champion to win a world heavyweight title (Oleksandr Usyk joined the exclusive club last year). And it’s worth remembering how Haye, who has his critics, achieved all that he did – three belts won at 200 pounds, the WBA belt captured at heavyweight – after just 24 pro fights.

Haye did disappoint in the Klitschko fight, which came in July of 2011, this after Haye had stopped John Ruiz and then Audley Harrison in WBA title defences. Haye was well beaten by Klitschko in a dull fight, Haye infamously blaming the wide decision loss on his injured toe. Indeed, it took years for Haye to live down what was dubbed “Toe-Gate.”

At his best, though, Haye was a very good fighter. And with the Valuev fight, Haye picked up over £2 million. The fight pulled in almost half a million viewers on Sky Sports Box-Office. Yes, Haye Vs. Valuev was big. 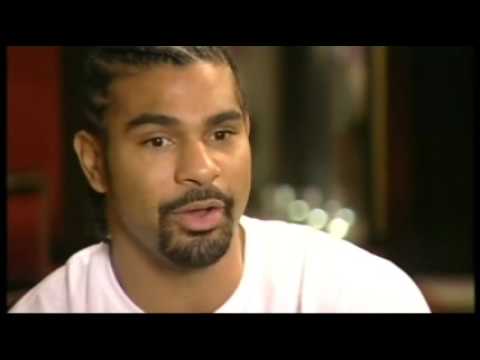