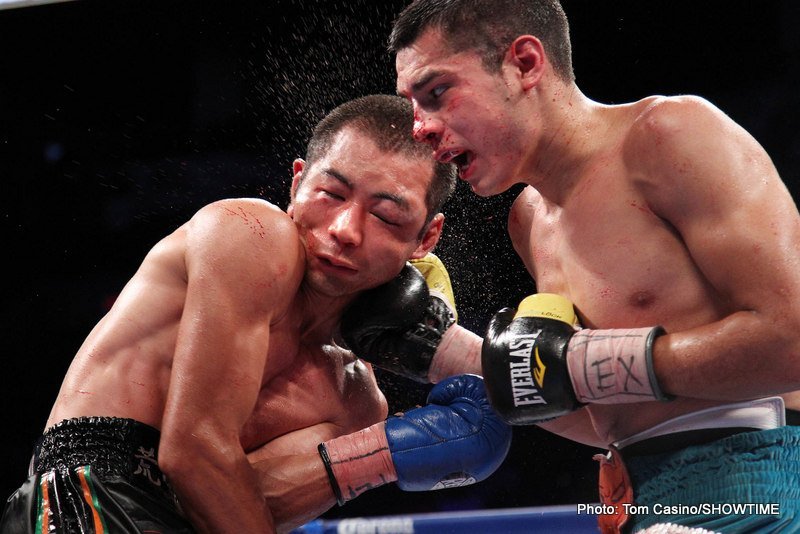 For years now welterweight has been the centre of attention in the boxing world. Big names such as Floyd Mayweather Jr and Manny Pacquiao amongst others have lured fighters from 135-140 and 154 to alter their natural weight to compete in the biggest events in the sport for huge exposure and enormous paydays.

In boxing now the best thing that can happen to a fighter is to land a fight with Mayweather. Win or lose they are guaranteed the biggest purse of their careers.

What we have seen recently is a large number of champions from 135-140 putting their name into the mix at 147 and it is good for boxing as we are having some terrific matchups at that weight and as the pool of talent is so wide, there are no shortage of good options for opponents. The next names to enter this division are Terence Crawford, Mikey Garcia and now Omar Figueroa as well.

Figueroa was the WBC champion at lightweight but his trainer Joel Diaz has come out and said that he will never make that weight again and will be moving to 140. He also said that he expects their stay at 140 to be very short as Figueroa is finding it increasingly difficult to make the weight.

Diaz went on to say that Figueroa is one of the most physically powerful fighters he has ever trained and this would make him a force to reckon with at welterweight. Too often we see fighters who were knockout machines move up and all of a sudden their punches do not have the same affect, but Diaz has said this will not be the case.

If and when this move does happen there are some fantastic match-ups to be made including a world title affair with Brook or just wars with other big punching welterweights such as Brandon Rios and Marcos Maidana. 2015 could be a great year for Figueroa, but the most important thing for him is just to get active again, as he has not fought since August of 2014 and currently has no fights scheduled.