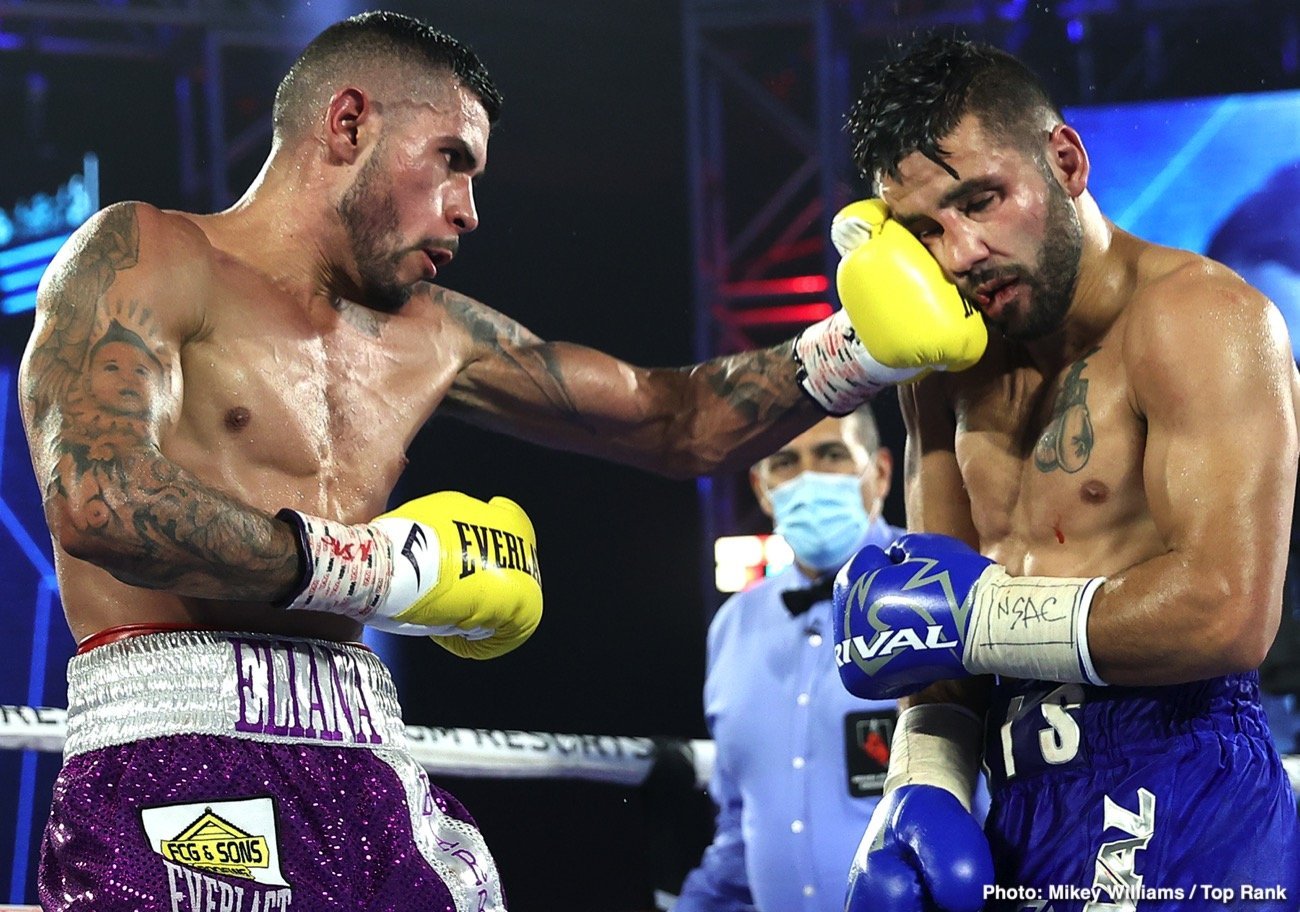 Note: Clay Collard tested positive for COVID-19, so his fight against Quincy LaVallais is off. LaVallais will now fight Quatavious Cash in an eight-round middleweight contest.

Here is what the fighters had to say four days away from the biggest fight card of the fall. 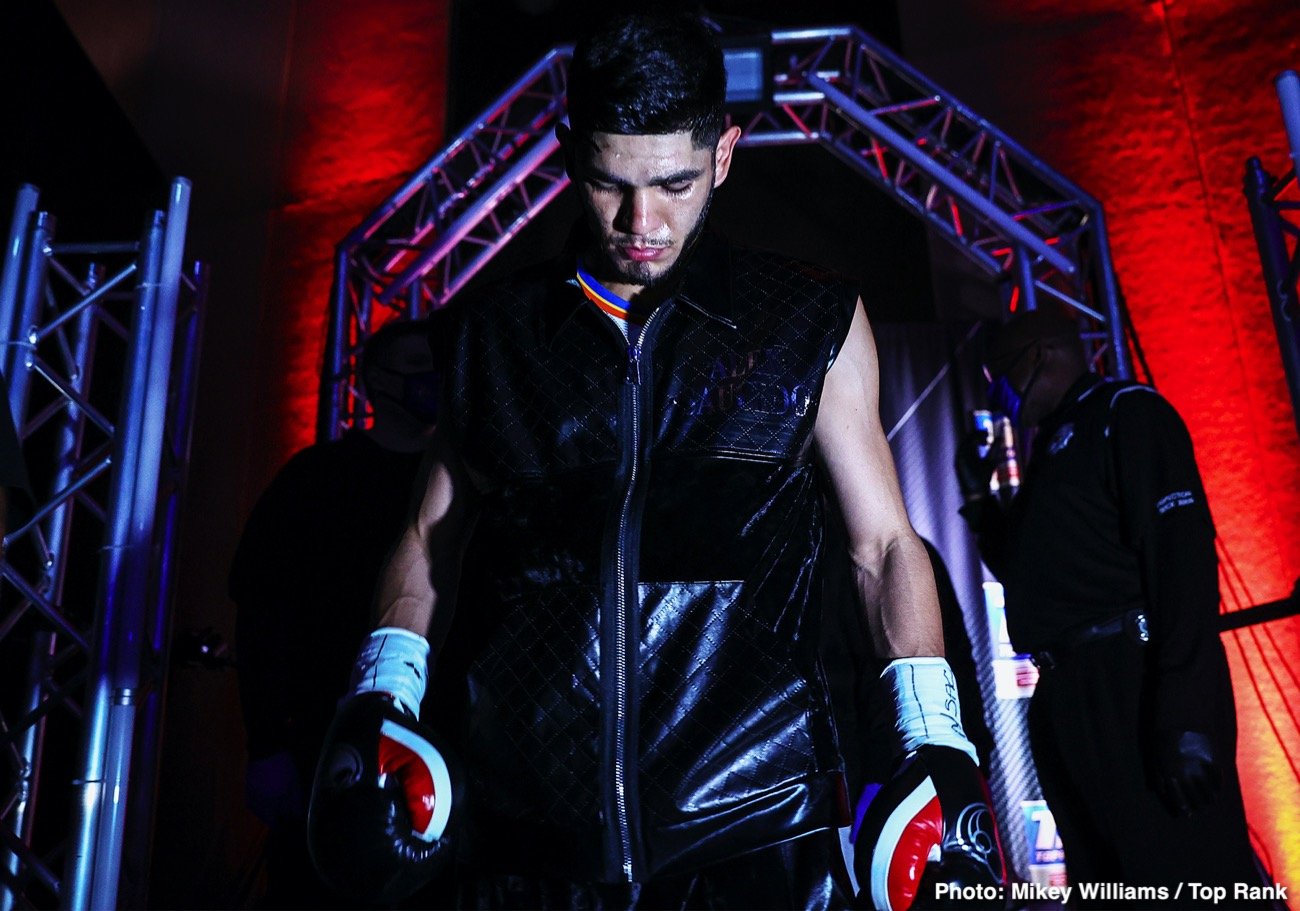 “I feel like my last fight with {Sonny} Fredrickson, it was kind of like my first fight with my new team. We had the Rod Salka fight, but that was a one-round knockout. I don’t think that counts.

During this last fight with Fredrickson, we were able to see a lot of things that we needed to work on and actually know each other more as a team. It was a good performance, but we learned a lot from that fight that we brought into this camp.”

“I have to show myself, and I have to show my fans what I’m really about. {The Hooker fight} brought a lot of things down and getting a big performance, a big win, this Saturday night will put me back up there.”

“Barboza is an undefeated guy. It’s going to be a tough fight, but I gotta go out there and get an impressive win for myself.”

“I want to fight the champions, but hopefully {the Jose Ramirez fight} does happen if they unify or don’t unify. The fight between Ramirez and me will happen, and if it doesn’t happen now, it’s going to happen sometime. We’re both young, we both wanna fight each other, so that fight’s gonna happen either after this fight, or later on, it’s gonna happen.” 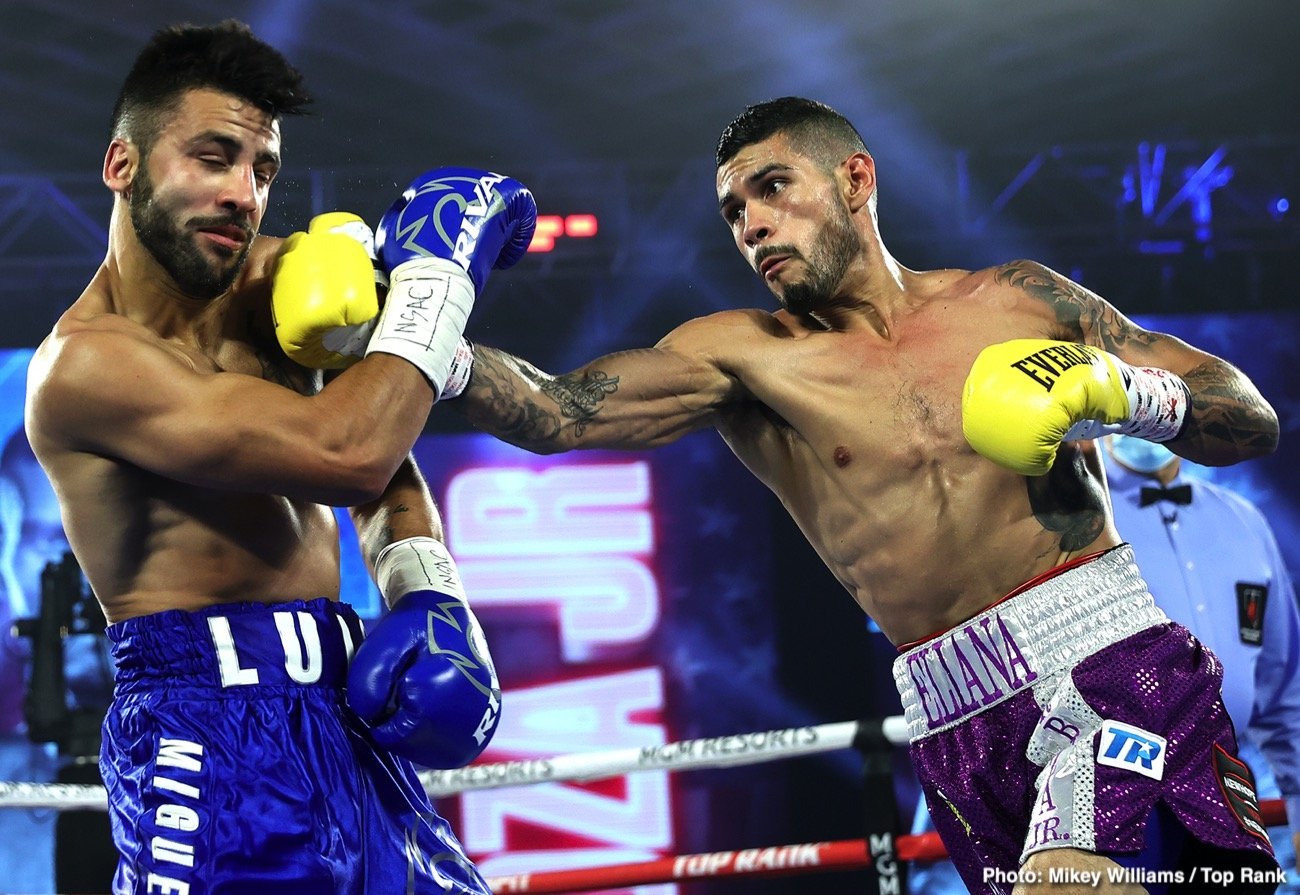 “Of course he’s my toughest opponent yet, but I’ve got everything I need to beat him. I feel like I’m finally gonna get respect in this division.”

“We took a week off {after the Tony Luis win}, and we got right back into it. The weight’s never an issue, but it was way easier. It was a great camp. The conditioning is perfect. I can’t wait. 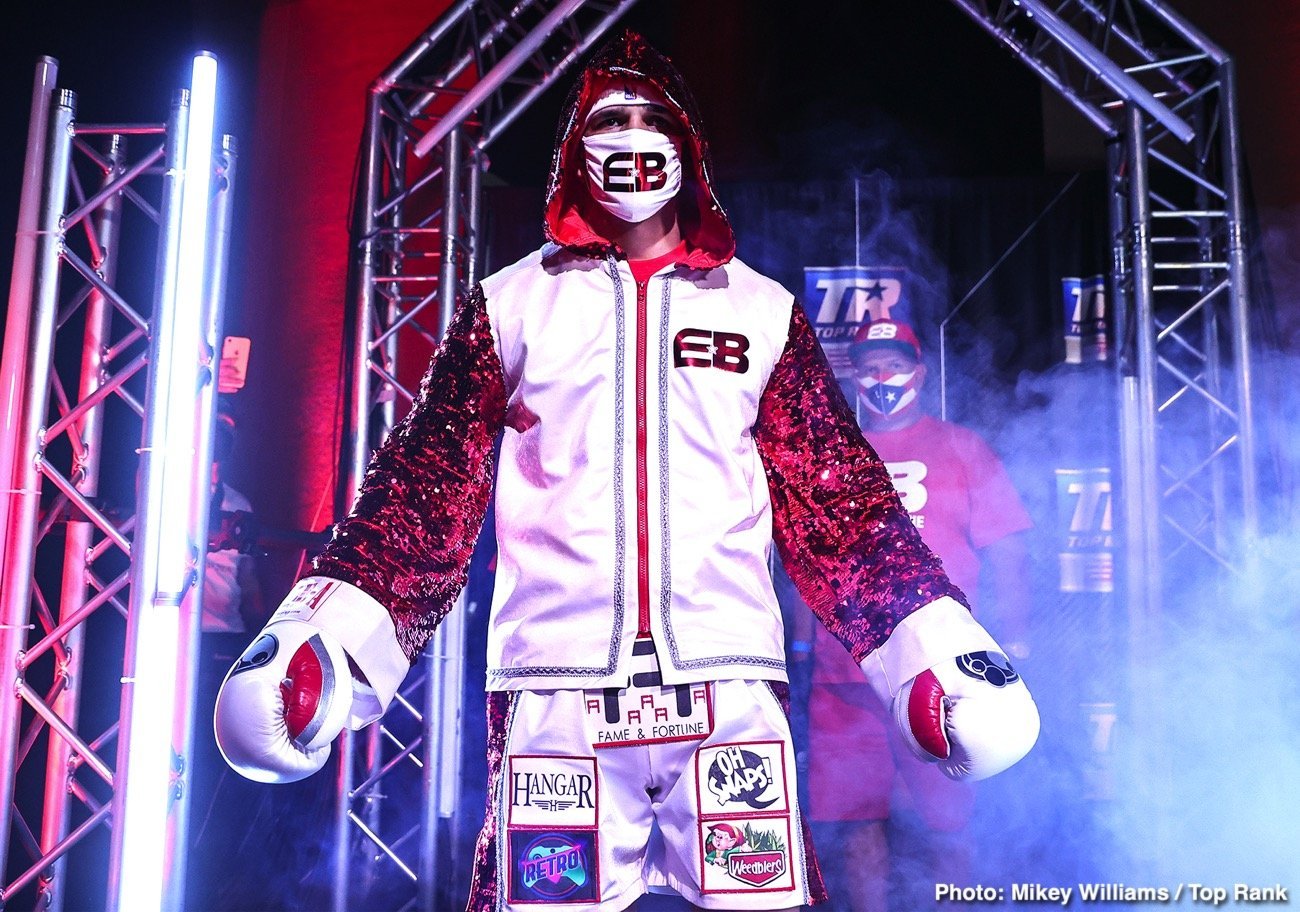 “I worked hard in the gym, and that’s what every fighter should be doing. It’s just putting the hard work in the gym, so that way, I know going into the fight, my mind is 100 percent prepared to go those rounds, which will eventually happen. I’ve just been working extremely hard.”

“{Bellows} is going to come right at me. He’s that type of fighter. He’s smaller than me. He’s a smaller guy, so I know he’s going to bring the pressure. He’s going to bring the fight to me. I don’t see him trying to box me because I’m the bigger man. That’d be really stupid of him and a crazy game plan if they try to do that.”

“I’m 23 years old. I’m still developing as a fighter. I know I’m a killer, but I also know there are killers at 168. I want to get 150 percent prepared for when the time comes. I have the world in my hands right now.

I’m a hot young prospect. I have Puerto Rico behind me. I’m knocking everyone out, and I want to {advance} my career. Eventually, we’re going to step up to those big fights because that’s what I want. I want the big paydays. I want big fights.”

“I’ve been talking about the Canelo fight for a couple of months already. I know it’s going to happen. It’s gotta happen. If I continue to win beautifully and keep doing what I do best, I know that fight will happen. He’s Mexico; I’m Puerto Rico. He has a big country behind him. I have a big country behind me.

It’s one of the biggest rivalries in boxing today. {David} Benavidez is another guy that I’m looking forward to stepping in the ring with in the future. It’s boxing. These fights gotta happen. It’s good for the sport. It’s good for the culture.”