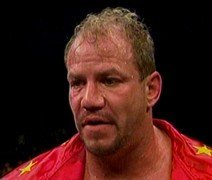 Back in 1996, when heavyweight star and former WBO champion Tommy Morrison was announced to be HIV positive, it stunned the boxing world and fighters who had recently shared a ring with Morrison went out and got themselves tested, just in case. Well, according to a breaking news story from LawNewz, newly discovered court records say Morrison was actually HIV in 1989 – a full seven years earlier.

According to the news story, Morrison tested positive for HIV in 1989 AND he bragged about the manner in which he was able to hide his condition from the boxing commission.. Of course, Tommy is no longer here to defend himself, having passed away at the young age of 44 in 2013, but according to the story, Morrison was somehow able to remain in boxing for years, after testing positive much earlier than the world was told. In fact, Morrison launched a comeback in 2007/ 2008, claiming he had been misdiagnosed in 1996 – and he was able to win two fights.

But if the new claims are true, it means Tommy fought all of his big fights – against the likes of Ray Mercer, George Foreman, Razor Ruddock and Lennox Lewis – whilst HIV positive. How? By somehow fooling the Nevada State Athletic Commission. It’s not clear what will be gained by releasing such a story, except maybe to force boxing commissions to tighten up their testing procedure. But Morrison’s case is surely unique.

Tommy was a huge name in the 1990s, even starring in Rocky V, and it is possible his thrilling career would have been over before it had barely begun had the claims in this news story been found to be true at the end of the 1980s. Morrison turned pro in 1988 and within a year and a half he was a promising star. Morrison retired in 2008 with a 48-3-1(42) pro record.

The Tommy Morrison story is already a quite amazing one (a life surely worthy of a bio-pic devoted to it) and fans will make what they will of this new story.