Dmitry Bivol finds himself in a rare situation going into Saturday’s fight with Canelo Alvarez as a 5:1 underdog for their match at the T-Mobile Arena in Las Vegas.

Bivol (19-0, 11 KOs) says he’s always been the favorite in his fights, so it’s a new experience for him to be suddenly thrust into an underdog role against the Mexican star Canelo (57-1-2, 39 KOs) on Saturday.

Being the underdog has motivated Bivol because he wants to keep his IBF light heavyweight belt and his perfect record when he defends against Canelo on DAZN PPV.

It’s fair to say that Bivol will shock the world if he can beat Canelo because there are a lot of boxing fans that see this fight as a sure-thing victory for Alvarez.

During Friday’s weigh-in, Canelo touched Bivol’s shoulder immediately as their face-off ended, and it’s believed that he wanted to measure him to gauge how he could land his shots against the taller fighter.

“Against Pascal and Joe Smith, it was good fights for me. It was a good challenge for me because they were great fights,” said Dmitry Bivol to the DAZN boxing show.

It’s understandable why Bivol wasn’t motivated by his fight with ‘Spider’ Richards because this fighter had already been beaten by Frank Buglioni and had a recent draw against Chad Sugden.

There was nothing on Richard’s resume that would motivate Bivol, so it’s not surprising that he was listless. Also, Bivol was coming off a long break before he fought Richards, and he looked tired after dominating the first five rounds.

“Yeah, it’s motivating; it’s something new in my career,” said Bivol on being the underdog against Canelo. “I was always the favorite, but it’s a good challenge, and I like it.”

It’s important that Bivol fight hard in each round, and not any of them be close because it’s next to impossible to beat Canelo by a decision. That’s not to say it’s not a possibility for Canelo to lose by a decision, but you got to dominate him.

“Before the fight, I have to be quiet. Only in the ring, do I have to be angry and be ready. Now, it’s easy. For me, I have to keep my belt,” said Bivol. 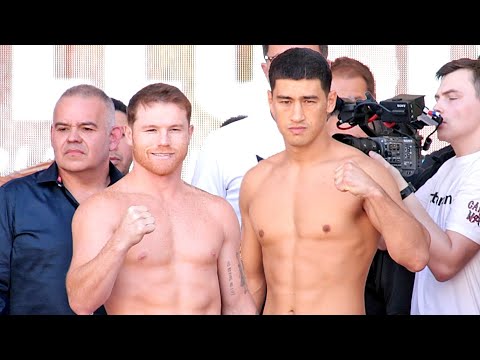