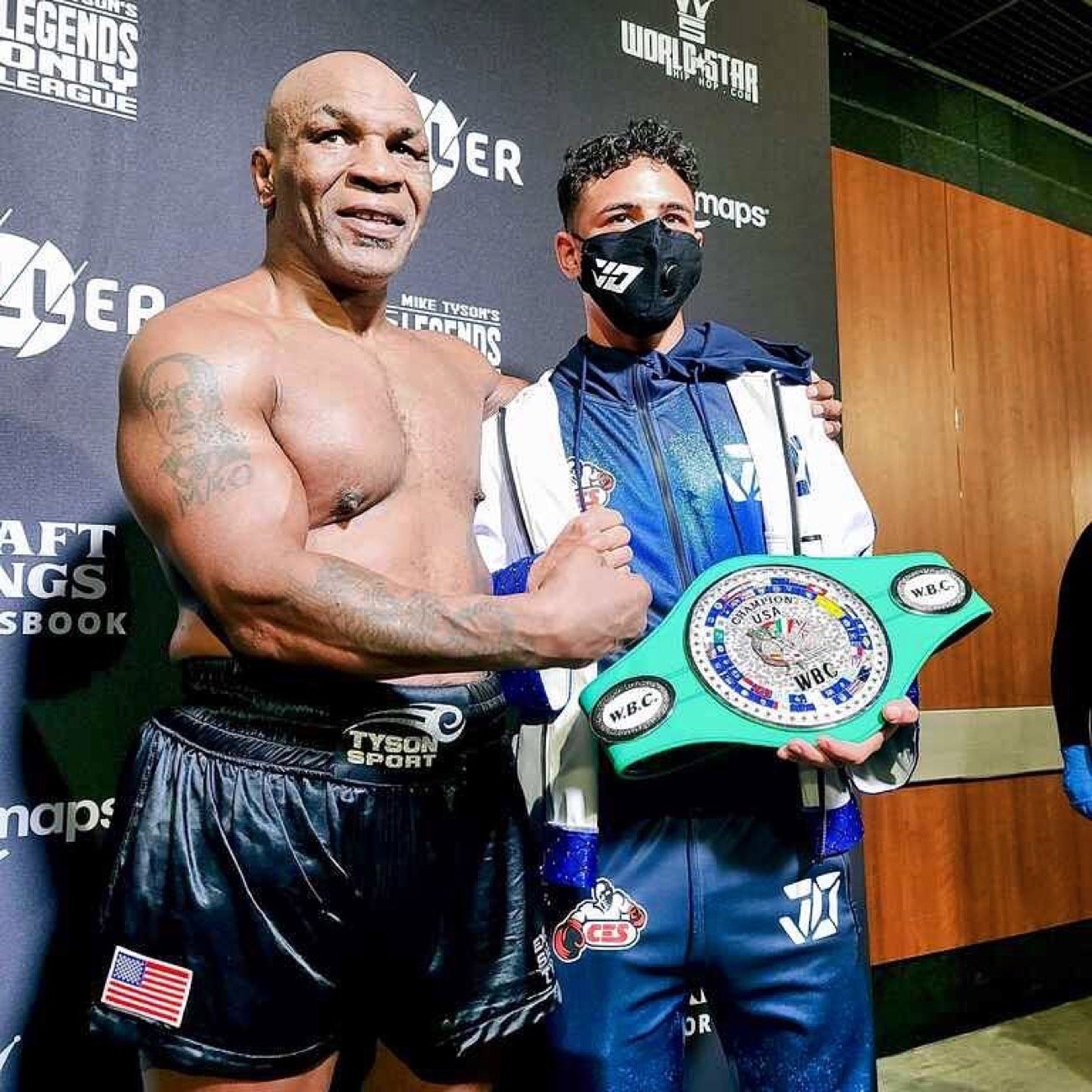 Former heavyweight king Mike Tyson has told TMZ Sports that he is going to fight again in September, against fellow former champ Lennox Lewis. “I’mma fight Lennox Lewis, September,” Tyson said when asked by the folks at TMZ if he was still planning on another return to the ring following his hugely successful exhibition bout with Roy Jones last year. So is Tyson just talking (remember, he did say, not too long ago, on his Hot Boxin’ podcast, how he would be fighting again in May), or will a Lewis-Tyson II become the latest big-time exhibition bout?

Lewis, when asked some months back if he would have any interest in coming back the way Tyson and Jones did (and how, maybe, Erik Morales, Marco Antonio Barrera and Oscar De La Hoya, plus some additional ring legends will also return), replied that he would consider it, “if the people want it.” So do we want it?

Lewis of course smashed a badly faded, way past his best Tyson back in 2002, in what was a massive fight, pulling in huge P-P-V numbers. That fight was basically a slaughter, with Lewis taking Tyson out in the eighth round in Memphis. Who knows what we would see if the two greats – Tyson aged 54 (55 in June), Lewis aged 55 (56 in September) – fought again all these years later?

Lewis is yet to comment on what Tyson had to say to TMZ, but he will surely make some comments sooner than later. Could this rematch fight happen? Sure it could. These days, almost nothing can be ruled out when it comes to what goes on in the boxing ring. Whether a Lewis-Tyson II would be good or bad for boxing, that’s up to you. It seems there is nothing those people who despise these type of “curiosity” or “freak show” events can do to make them go away.

Will YOU watch, or more importantly, will you PAY to watch, if these two legendary heavyweight champions fight each other a second time? For the record, Lewis, 41-2-1(32) last boxed in June of 2003, when he stopped Vitali Klitschko on cuts.