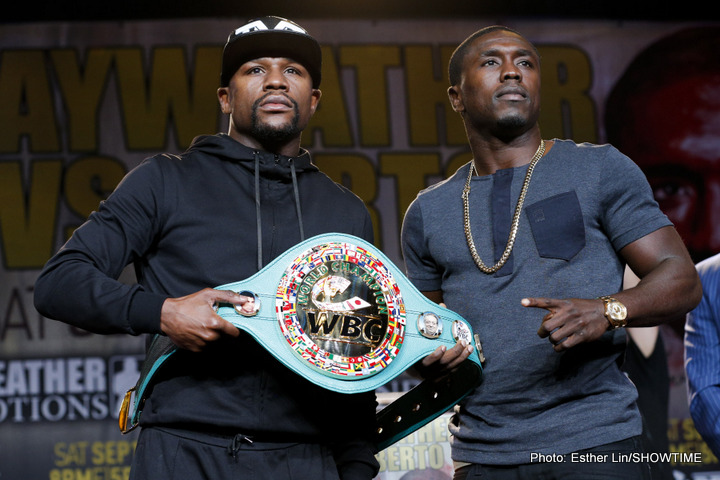 Further undercard action features a super welterweight showdown between Ishe “Sugar Shay” Smith (27-7, 12 KOs) and Vanes “The Nightmare” Martirosyan (35-2-1, 21 KOs), who were also in attendance Thursday to announce their fight.

Promoted by Mayweather Promotions, the four-fight pay-per-view telecast will be produced and distributed live by SHOWTIME PPV and is the sixth and final fight of a record-breaking deal between Mayweather and Showtime Networks Inc. SHOWTIME Sports® will support the event with the Sports Emmy® Award-winning series ALL ACCESS premiering Friday, August 28.

Here is what the fighters and participants had to say Thursday:

“Andre Berto is a tough competitor, a former world champion. Every time he goes out there, he gives it 100 percent.

“I chose Berto because he’s very exciting. Andre Berto is going to push Floyd Mayweather to the limit. That’s one thing I do know.

“Berto always gives an exciting fight. If he gets knocked down he gets back up. He always give 100 percent. Fast hands, good boxer.

“I know what it takes when it’s a fight of this magnitude, because I’ve been fighting on pay-per-view for over 10 years. Berto is a very tough guy, he’s hungry and he’s not going to lie down.

“September 12th is my last dance. On September 13 I just want to sit back and watch some football. I want to watch my children get the best education. And I want to spend every day with my kids. These are the best days of my life.

“The difference between Andre Berto and Pacquiao is you guys [to the media] put hype behind Pacquiao. My job was to go out there and be Floyd Mayweather and be a chess player and that’s what I did. I found a way to win. 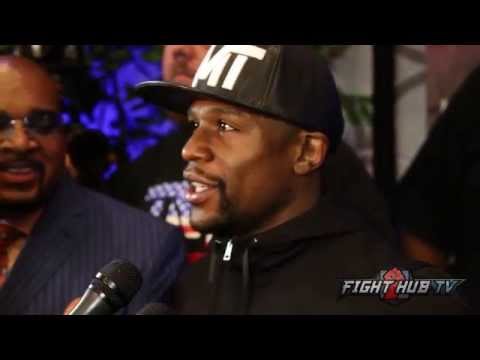 “Number 49, this is it. I’ve had a tremendous career. I’m older, wiser and my health is more important than anything. September 12 is my last fight. All 48 fights played a key, but number 48 was the most important.

“This dream all started with just two people. Me and my father. Just the two of us.

“When you look at the two divisions I fight in, there’s one man who stands all alone. I looked at the division and asked who’s always in a tough exciting fight, who has quick hands and who always gives it 100 percent, it was Andre Berto

“This is a guy I can’t overlook. He’s dedicated to the sport just like myself and he’s going to push me.”

“It’s a long time coming. Now we’re here. Anybody that knows me has seen great things but at the same time they’ve seen me go through some real trials. What comes with that is a lot of hard work and perseverance.

“Two years ago I was in the hospital bed having surgery on my shoulder and not knowing if I could come back from that. At the end of the day it was a blessing. We stayed focused and now we’re here.

“I know I’m going to come in there fast and strong. I’m 152 pounds right now. At the end of the day you’re going to see a kids who’s had his highs. Or who’s had his falls. And now we’re right back to making it happen.

“This is a fight that I felt Floyd still wanted to make happen. Him coming off of the Pacquiao fight, of course it’s easy for people to downplay me. I can’t worry about that and I’m not worried about that.

“Have you ever seen a boring Andre Berto fight? At the end of the day we work our butt off, I’ve been working for a long time. Right now, the harvest is coming. We sowed the seeds and the time is now.

“I bring that rare combination of speed, power and explosiveness to the table. The last person he bought with that combination was Zab Judah. I’m younger, I’m hungry; I’m strong and fast. I’m focused on what I’m coming to get.

“I felt like I went through what I went through for a reason. My time is now. There’s no better day than the present. Floyd is no stranger to me. We’re already deep into camp. You definitely do not want to miss this one.” 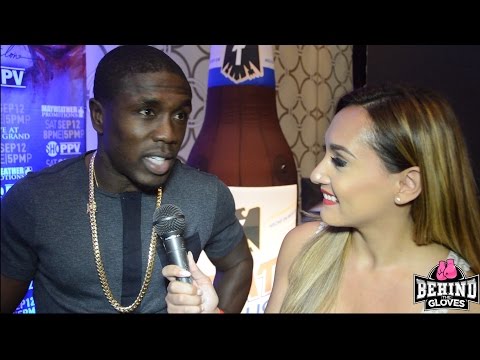 “I’m so happy to be part of this great show. I’m preparing very well for this fight. Everybody who saw the first fight knows this was a war and this will be the same thing. I’m in great shape and I’m ready to keep my belt.

“I need to work to the body more in this fight and see if I can finish him early this time.

“I’m in really good shape for this fight and I’ve been working to make adjustments to get the knock out but if we have to go the distance, we’ll be ready.

“I feel the rematch is a very exciting fight for television, the kind fans love.

“Everybody who saw the first fight knows it was a war and this will be the same thing. For me, it gives me a chance to leave no doubt in anybody’s mind that I am the champion.

“Salido can say what he says, I hope he’s in good condition because I am. In the end the best man will win this fight and that will be me.” 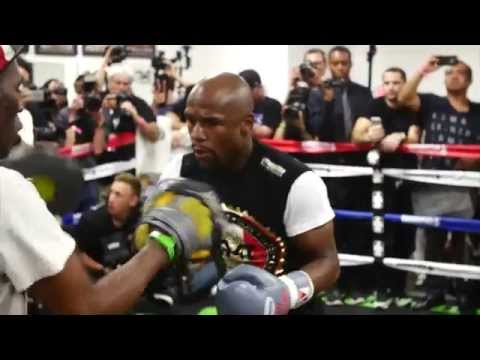 “Now I know his weaknesses, I am going to attack from the very first moment, I know what to do for the victory.

“I have to refocus mentally and physically, I’m not going to do much different other than to gain the victory this time

“I’m definitely going to regain this title for Mexico. I don’t feel it. I know it.

“I am very happy we are fighting in a neutral territory for our rematch, not in Puerto Rico again. I was very prepared for the first fight but the referee wouldn’t let me fight my fight. It seemed the referee was talking to me the whole 12 rounds. I was trying to focus only on my opponent, but I couldn’t.

“I’m very excited about this fight. This is a very special month for Mexico and in particular because of that, I’m going to get this victory.

“There’s always a very special rivalry between Mexico and Puerto Rico and I feel it, which is why I so badly want to win this title for Mexico.” 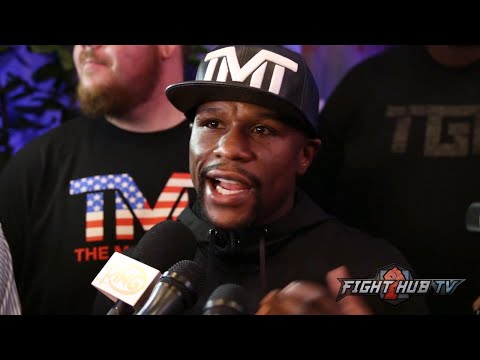 We’ve had three champions at Mayweather Promotions so we’re doing something right.

“Vanes Martirosyan is a good fighter, I have nothing but respect for him. We’re putting together the necessary work in the gym to be successful.

“This fight could probably have been a main event somewhere but I’m happy to be a part of history and Floyd’s finale. I’m looking forward to a great night of boxing.” 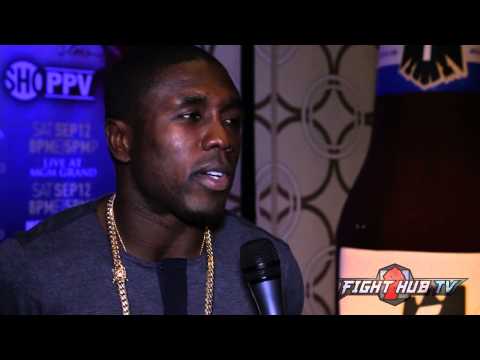 “This is a big fight for me. My last fight I left in the judges’ hands and it went the other way.

“September 12 I’m not letting the judges get in my way. I’m going for the knockout and you’re going to see the best Vanes you’ve ever seen.” 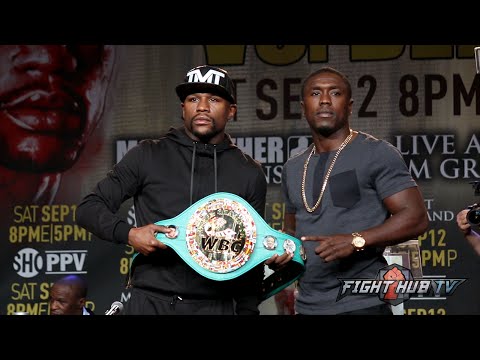 “I’m glad to be a part of this historic event. It’s these moments that I reflect on what these young men go through. I’ve seen some of the great fighters that came before us. When I see some of the negative attitudes on this event, it’s from people who don’t know what those fighters go through at the gym.

“We’re told never to quit and to never give up. Being 48-0 is not an easy job. Particularly when you go back to day one and the obstacles and the hills you have to climb. That’s the spirit of the sport. I think once Floyd Mayweather is gone, we’ll feel the presence that this man had on the sport. I witnessed the same thing with Muhammad Ali.

“Andre Berto has overcome a lot in his life and I’m glad to have made his acquaintance. He epitomizes what a fighter is. He’s overcome and he’s earned this opportunity based off that.

“When you look at that pack in that welterweight division there’s only one that stands out, everyone else is in that pack.

“We intend to give this the best job that we’re going to give it. I think the champ himself respects that. We come to win, but we have to respect what he’s done for the sport.

“I’m glad to be a part of this. It’s a big thrill for me to be on the opposite side of legends and we’re anticipating everything turning out just right for us on fight night.”

“Welcome everyone to what will be Floyd Mayweather’s last kick off press conference of his amazing career. We are so excited to be working together to bring another stacked PPV card to boxing fans on SHOWTIME PPV.

“We have a great lineup with three world championships fights.

“Once again Floyd will be putting his WBC titles and WBA title on the line. He will be facing Andre Berto, who will be looking to erase the 0 off Floyd’s record on September 12.

“‘Rocky’ Martinez vs. Orlando Salido will be a rematch of the Fight of the Year candidate from April. We know that will be a war.

“These are the kinds of challenges that Floyd needs to push him the way that he needs to be pushed. Andre Berto is a guy we were supposed to fight years ago. He’s a two-time world champion. We know he’s going to bring it. He’s going to give it his best. On September 12 we’ll see if it’s good enough.

“With the storied career that Floyd Mayweather has had, we are truly witnessing history. You better take a good look at him, because the thing’s he’s accomplished in this sport, we’ll never see again.

“We always knew that Floyd would be here, many years ago. When a guy accomplishes these kinds of things, everything he does is historic. When you look around the landscape, this gentleman right here is why the game has been changed.”

“Two decades at the top of the sport, but you know what’s most impressive? It’s work ethic. Almost 20 years of a work ethic that is unmatched in the sport of boxing. Never in his 19 years has Floyd showed up less than 100 percent prepared, 19 years of unwavering discipline. Once he got to the top level, the work ethic didn’t change. That will be the legacy of Floyd in this sport, it is something I will likely never see again in my lifetime.

“It all comes to an end September 12, it’s our last opportunity to enjoy his incredible skill.

“Andre Berto has a chance to make history himself. If he does that, nothing else will matter. Berto will become known as the guy who finally beat Floyd Mayweather.

“One thing we know about Andre Berto, he’s never lacked for action. There’s only one way he knows how to fight and that’s all out aggressive.

“I’ve seen what Andre can do in the ring, I’ve seen him fight round after round. Fighters like Andre Berto will always be welcome, because no one fights harder than Andre Berto.”

“I am very happy to once again represent my father and to see the WBC back in a great event. September 12 is a national Mexican holiday and Floyd has taken it over and represented Mexico so well. Andre Berto is a former WBC champion who will for sure bring a great challenge to Floyd Mayweather.”