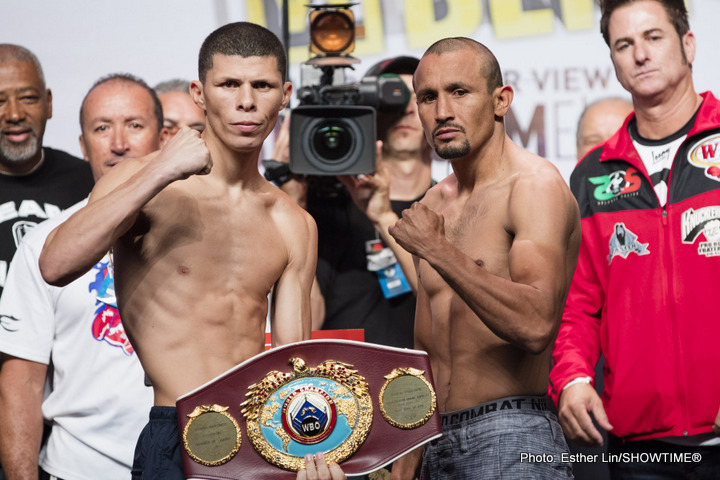 The two fighters attended last week’s WBO convention in Orlando, Florida, with their respective teams, and saw the sanctioning body approve a sought after third meeting between them.

Former champion, Salido, dropped the WBO 130 lb trinket to Martinez in their 1st encounter back in April, visiting the canvas and losing a point for low blows, in what was a classic Mexico/Puerto Rico affair.

Come the similarly action-packed 2nd meeting on the Mayweather/Berto undercard, he was unlucky in battling to a draw, thus meaning that the Puerto Rican champion kept hold of his title, and at 34, Salido is desperate to right the perceived wrong and win it back.

“There is no doubt in my mind that I won the second fight, but the judges didn’t see it that way,” he said. “So I think the only right thing to do is fight a third time to determine who really is the best of the two.

“It seems that we are made for each other, and the fights are getting better. The first one was good, the second was better and the third will be the best.”

“We feel that he should have gotten the win, but it did not happen that way in September,” Salido’s manager, Sean Gibbons said. “I am happy that everyone is working on getting this third fight done, especially the champ and his team and that the WBO is good with it. I know we will get it done, and it’s going to be another great war.”