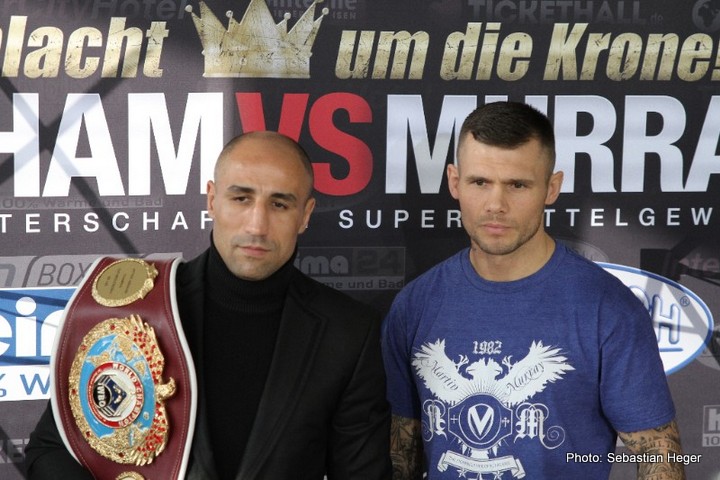 Britain’s Martin Murray has admitted that his career is now at a crossroads after last night’s split decision loss to Arthur Abraham in Germany, that saw the champion retain his WBO 168 lb strap.

Murray came out on the wrong end of a decision that was always going to be hard to come by on German soil, with the St.Helen’s man having been convinced he had done enough – even after a point deduction – right until the scores of 116-111, 115-112 & 112-115 were read out.

Murray has seen three previous world title shots at middleweight go against him, and after this 4th attempt – his 1st at 168 – the unlucky Brit is left seriously contemplating the future, with an immediate rematch plea ostensibly falling on deaf ears as far as Abraham’s handlers are concerned.

Abraham’s promoter Kalle Sauerland was predictably dismissive of the possibility of a bad decision, saying.

“Let’s have this right – it was a close decision but it was not a bad decision.”

“Martin is a very good boxer. He truly deserves to be a world champion and I hope he wins his title one day.”