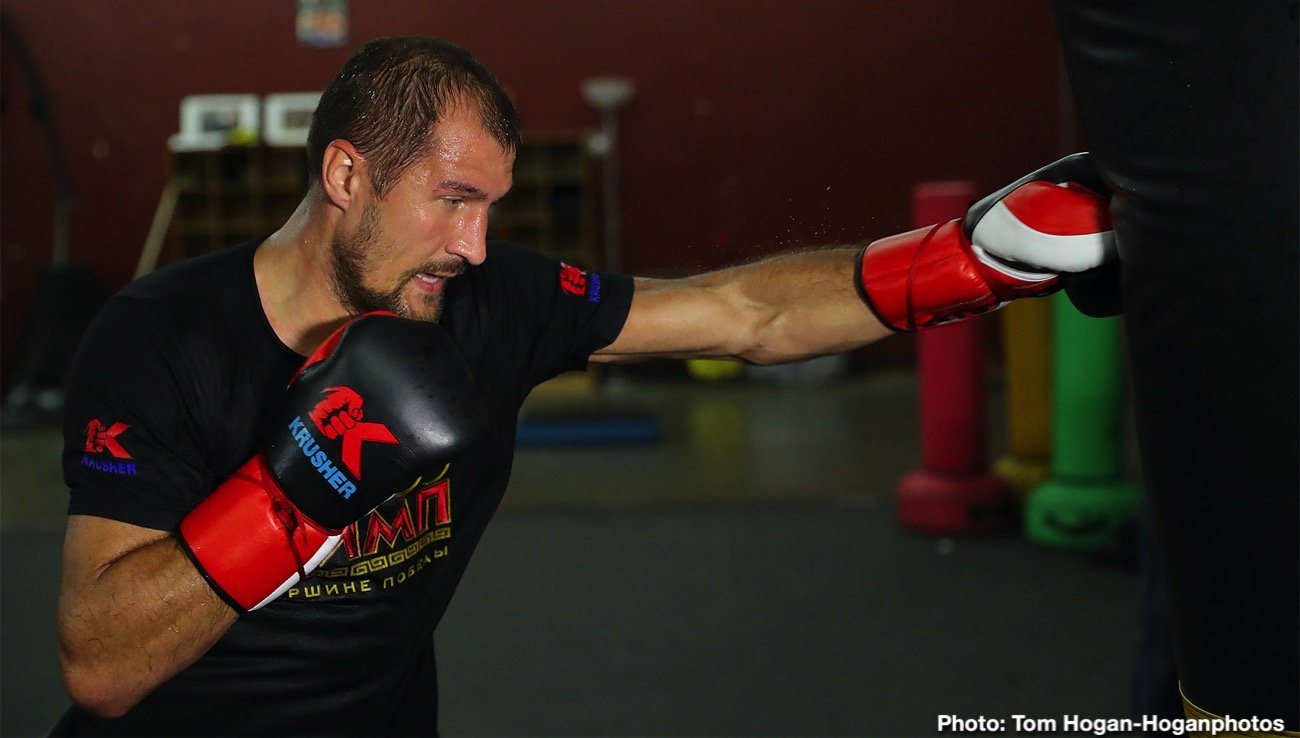 Sergey “Krusher” Kovalev (34-3-1, 29 KOs), hosted a media workout yesterday at the Boxing Laboratory in Oxnard, Calif. ahead of his upcoming 12-round bout against Canelo Alvarez (51-1-2, 34 KOs) for his WBO Light Heavyweight World Title. Kathy Duva, CEO of Main Events, also attended the workout, along with trainer Buddy McGirt. The event will take place Saturday, Nov. 2 at the MGM Grand Garden Arena in Las Vegas and will be streamed live exclusively as one of the most-anticipated events this fight season on DAZN.

Below are quotes from yesterday’s workout:

“Canelo has nothing to lose in this fight. He has a chance to make history. But I have to defend my title. This is the biggest fight of my career. I’ve never been in this situation, where someone is coming from middleweight. I’m not going to make a prediction, but I am going to go in there and defend my title.”
Ten Years Ago: When A Young Canelo Alvarez Scored A One-Punch KO Win Over The Iron-Chinned Carlos Baldomir
“I think Canelo will be just as strong at light heavyweight. I think he will weigh the same as me, 175 pounds. He will be heavier than usual, but I think he will be comfortable. When you lose weight for a fight, you lose power and stamina, and he won’t have to do that.”
“My preparation has been well. We have a great camp with Buddy McGirt. I had a short rest since my last fight. But I think that’s better. My body feels really good, and I’m ready for this fight. This fight will be very interesting. It has a worldwide intrigue. I can’t wait.”
BUDDY MCGIRT, Trainer of Sergey Kovalev:

“Everything has been great, thank God. I can’t complain. The training is running on time. Camp has been great because we haven’t been looking at Canelo like the smaller guy. We’re not looking to go into this fight as the bigger, stronger guy. We’re looking to go in there as the better and smarter fighter.”
“People have been asking about Canelo’s body attack. But nobody likes getting hit to the body. I don’t care who you are. But the thing is this: What’s going to happen when Canelo gets hit to the body? Guys that like to go to the body, don’t like it when you to go to their body.”
KATHY DUVA, CEO of Main Events:

“This is one of the most intriguing fights I’ve ever seen, let alone made. You have a guy in Canelo who is a great body puncher, and maybe that plays into Sergey’s Achille’s heel, shall we say. In Sergey, you have someone with the hardest and most accurate jab in the sport. I’ve seen that be a problem for Canelo as well. They both have a strength that will play into the other guy’s vulnerability. They’re both very smart. They’re both great fighters, and they both want to test themselves.”

“You don’t get fights like this that often. I’ve been doing this for over 40 years, and you just don’t get that many fights where it’s just two people testing each other to find out who is best. It’s wonderful.” 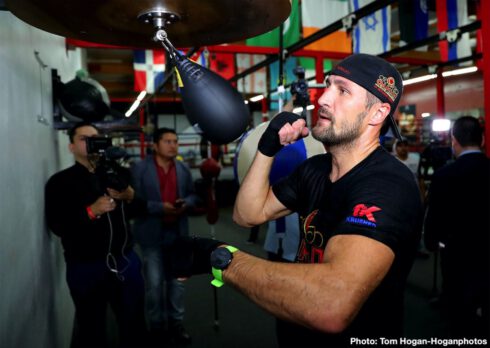 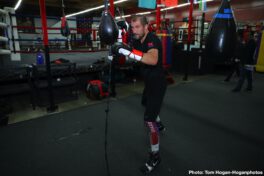 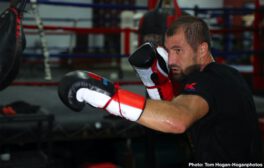 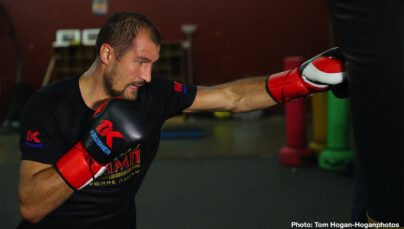 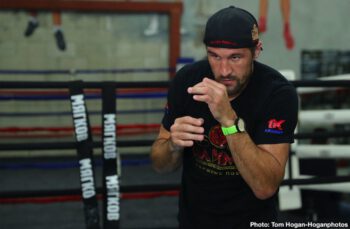 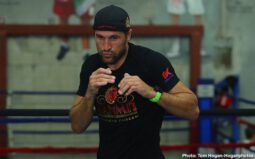 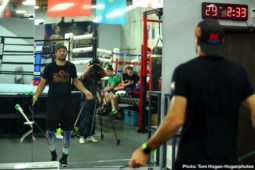 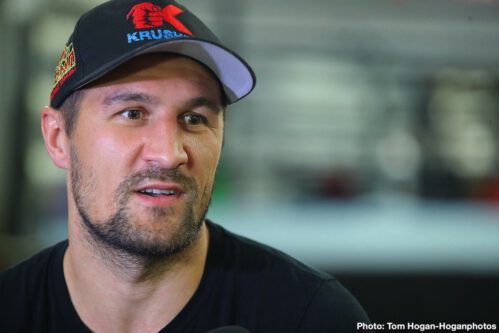 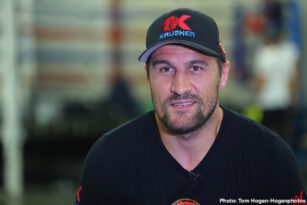 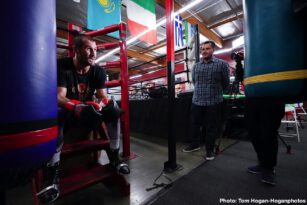 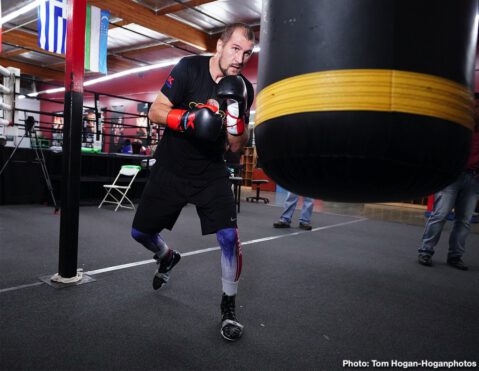 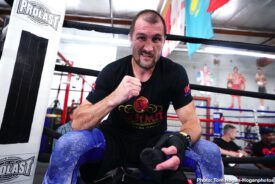 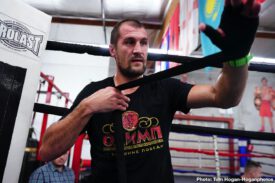 The Golden Boy production of Mano-A-Mano: Canelo vs. Kovalev will premiere today, Tuesday, Oct. 15 at 10:00 p.m. ET/7:00 p.m. PT on Facebook Watch as part of the lead up to Canelo vs. Kovalev. The four-part short-form documentary series will chronicle the impending matchup between world champions Canelo Alvarezand Sergey “Krusher” Kovalev, which takes place on Saturday, Nov.2 at the MGM Grand Garden Arena in Las Vegas and will be streamed live exclusively on DAZN. Fans can watch the series by clicking here.

Each segment will examine the challenges, risks, and obstacles each fighter faces as Canelo jumps two weight classes to take on the biggest challenge of his career and Kovalev prepares to defend his WBO Light Heavyweight Title against the most dominant name in boxing.

“Mano-A-Mano is about telling the compelling stories of two great fighters who come from different backgrounds but share the same passion in life,” said Oscar De La Hoya, Chairman and CEO of Golden Boy. “As a leading media and entertainment company, it is our job to share the story behind not only their legacies but the challenges and obstacles both fighters face as they get ready to risk it all for the biggest fight in each of their careers. Both Canelo and Kovalev’s stories allow fans to connect with them on a deeper level and understand their journey leading up to the November 2 fight.”

Mano-A-Mano is an original production of Golden Boy, where Oscar De La Hoya serves as Executive Producer. The series has evolved from a television show developed for ESPN to a four-part series that is tailor-made for the Facebook Watch platform. The series will have a full story arc covered in four eight-minute chapters that each have their own unique title. Mano-A-Mano will feature exclusive interviews with fighters, trainers and promoters, along with exclusive footage from both fighters’ training camps.

The first three episodes of the event will take place every Tuesday in English and every Thursday in Spanish, while the final episodes will stream on the days leading up to Canelo vs. Kovalev. Each episode will premiere at the set time of 10:00 p.m. ET/7:00 p.m. PT. For a detailed schedule, see below: