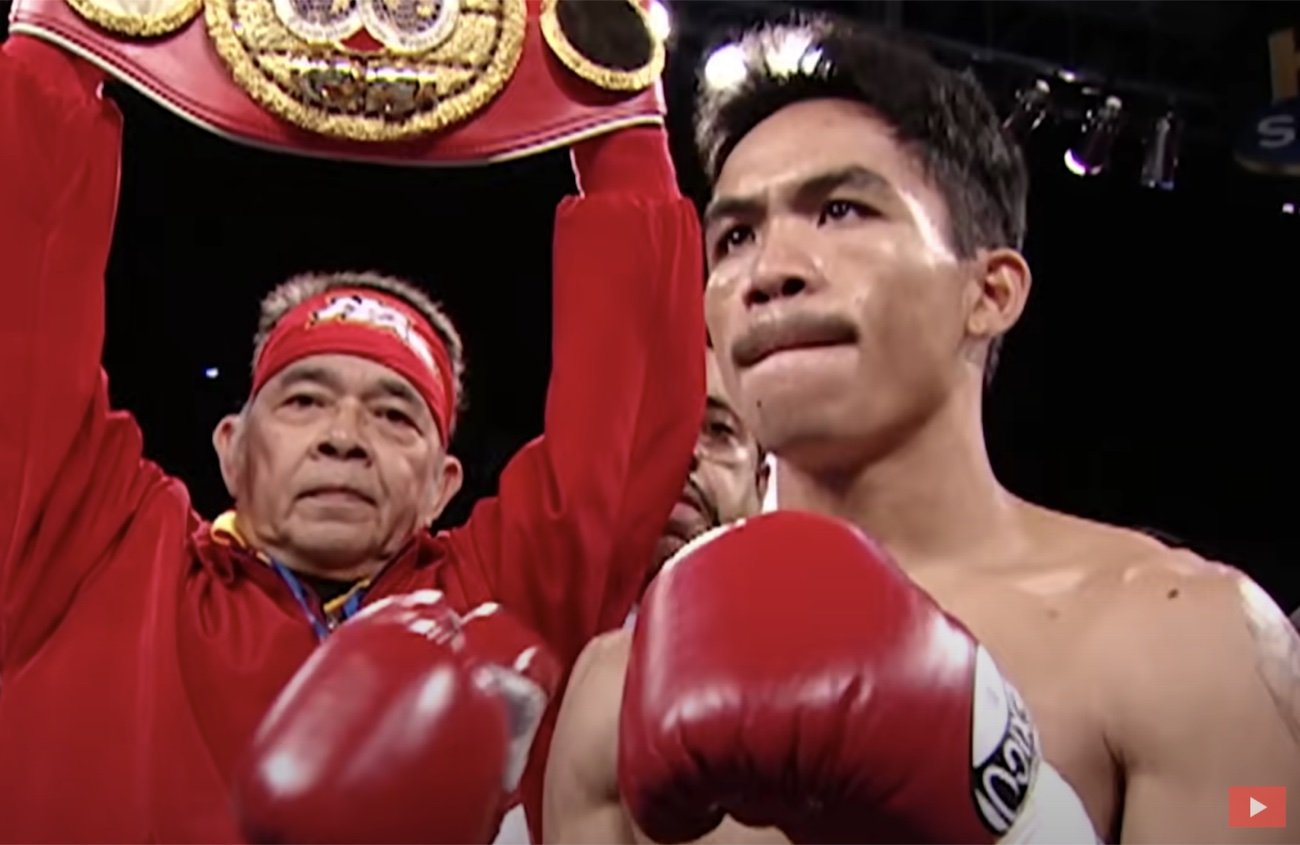 Very seldom in boxing do we see a great fighter, one who is at or around his prime, who is coming off excellent wins, who gives us zero reason to think he is in any way on the slide – take an absolute hammering. It does happen, however, and on this day back in 2003, it sure happened.

Mexican warrior Marco Antonio Barrera, who had recently beaten superb fighters Erik Morales (in a revenge fight of one of the greatest action fights of all-time), Jonny Tapia and Naseem Hamed, signed on to fight the still largely unknown Manny Pacquiao of the Philippines. The fight, which contested the lineal featherweight championship of the world, took place at the Alamodome in San Antonio. What followed was a beatdown. And an arrival.

Barrera, 57-3, and a big, 4-1 betting favorite, was credited with a knockdown in the opening round, but in fact the southpaw known as Pac Man had slipped. Soon enough, Barrera would taste the canvas, but there had been no slipping involved. Pacquiao’s blazing, relentless fists were just too much for the seen-it-all-done-it-all Barrera. Marco had never been confronted by anyone or anything like Pacquiao, 38-2-1, before.

Before too long the fight became a wholly one-sided affair, with fans wondering how much longer Barrera could last. It was no longer a competitive fight. It hadn’t been since the second round. A shell-shocked Barrera fought as best he could but he could not hide his distress signs any better than he could his utter bewilderment. Pacquiao won round after round, putting on a display for the ages.

29-year-old Barrera was down again in round 11, and this time his corner had seen enough. Rudy Perez knew his fighter had no chance and he stood on the ring apron, thus forcing the referee to halt the beating. 24-year-old Pacquiao, trainer Freddie Roach’s secret weapon, was now known to the entire boxing world.

What followed was an array of great, electric, and all-action displays of incredible fighting skill and aggression; with Pacquiao going on to fast become everyone’s favorite fighter. Barrera himself was far from done – winning his series with Morales and becoming world super-featherweight champion. But on the night of November 15, 2003, Barrera looked as finished as can be. Pacquiao was that great.