Almost as fast as Terence Crawford burst into life and closed the show by crushing a game but totally overwhelmed Kell Brook, did talk turn to Crawford’s next fight. Crawford, having his one and only fight of 2020, took his time before opening up after catching Brook with his right hand, ending the fight seconds later. Brook reportedly asked his corner, “what happened?” as he attempted to gather back his senses.

Crawford showed again how he can embarrass a good fighter (and any writer who dares to pick against him!), with Brook literally not knowing what hit him. Now looking ahead to a far more active, far bigger 2021, 33-year-old Crawford may or may not fight living legend Manny Pacquiao next, he may or many not leave Top Rank, he may or may not fight Errol Spence (if Spence can get past Danny Garcia next month).

Bob Arum certainly doesn’t want Crawford to jump ship to a rival promoter, with Arum hoping to match Crawford with either Spence or Garcia next year. Arum states without hesitation that Crawford defeats both Spence and Garcia, and Arum also insists Crawford is the best welterweight in the world today.

“Spence and Garcia are fighting December 5. If they really want to make a big pay-per-view, I’ll put Terence Crawford in with both of them, one at a time, and he’ll beat both of them in the same night,” Arum said last night. “He’s far and away the best welterweight in the world.”

Is he though? As great as Crawford looked in taking out a huge-for-the-weight, determined Brook, the WBO welterweight champ was in with a fighter plenty of people were willing to refer to as “damaged goods” before last night’s fight. Crawford’s biggest, most dangerous and most obvious rival is Errol Spence. How long have we been waiting for this match-up? Too long. In short, this fight needs to happen, it has to happen. And if Spence can show us in the Garcia fight that he is still the same great fighter he was before he was injured in that nasty car crash, Spence Vs. Crawford will continue to be called for – in fact demanded.

It really is a 50/50 match-up, between two superb fighters who are on top of their game (we need that reassurance from Spence of course). It would be a crying shame if this fight – possibly the most important welterweight unification showdown since the classic Ray Leonard-Thomas Hearns fight of 1981 – never took place. Deep down, both fighters would forever have a sense of something missing from their careers if they didn’t fight one another.

Crawford, 37-0(28) looked great last night. It’s now time for Spence to do the business against Garcia.

Read:  Kell Brook “Is Considering Coming Out Of Retirement 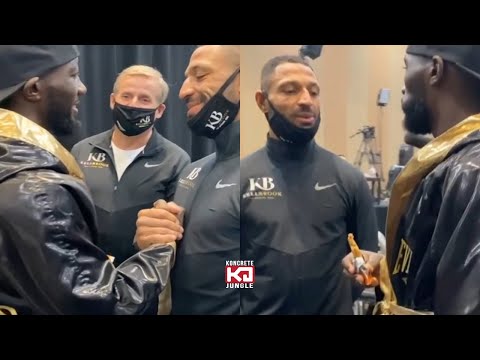