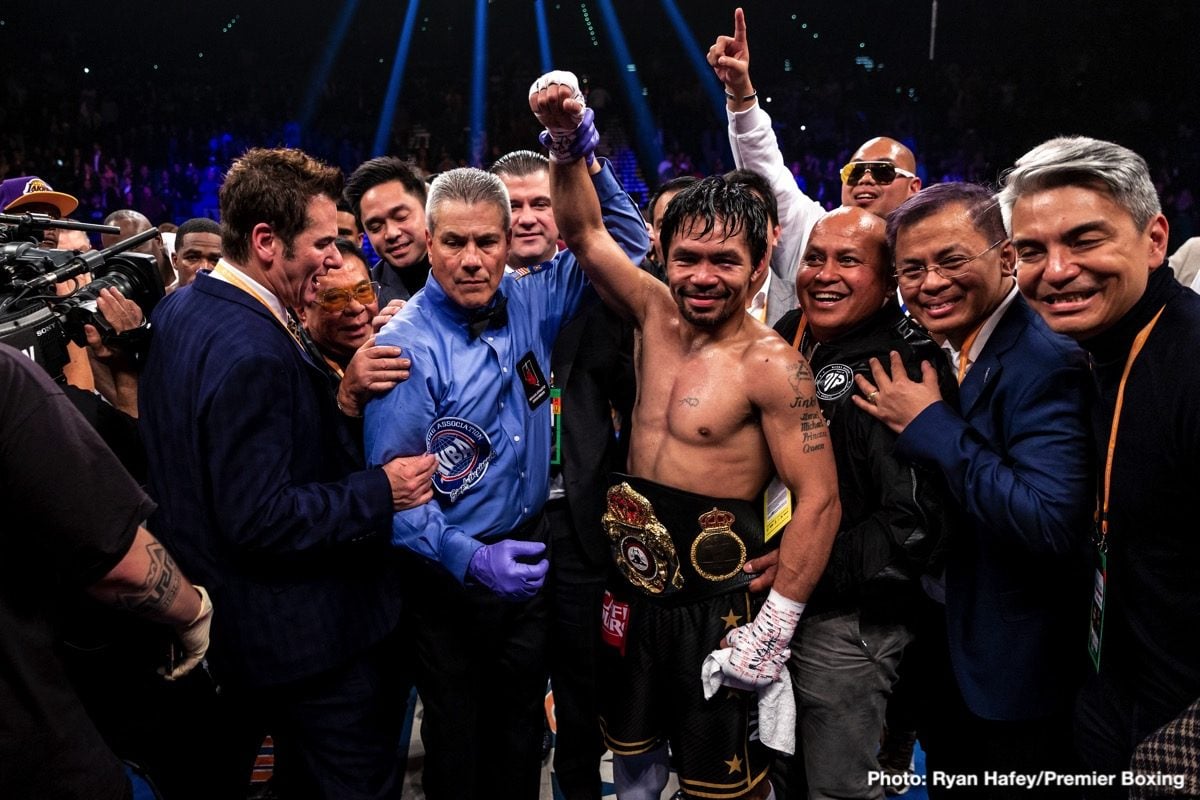 It’s official: Keith Thurman will defend his WBA welterweight title against Manny Pacquiao, who holds a secondary version of the WBA crown, on July 20 In Las Vegas. The fight was confirmed by PBC last night. The fight will be a P-P-V offering on Fox.

A good fight, an interesting fight, and arguably a 50/50 fight, Pacquiao versus Thurman could prove to be one of the summer highlights of this year’s boxing calendar. Before his less than impressive return fight against Josesito Lopez, against whom he struggled and was hurt more than once, Thurman would have been looked at as a pretty big favourite to beat the 40 year old Pacquiao. But while Thurman laboured against Lopez, Pac Man shone against Lucas Matthysse and more recently Adrien Broner.

Just who has the most left: Pac Man or “One Time?” This is not a question that would have been asked just one fight ago in the career of the unbeaten Thurman, but those injuries coupled with all that time out of action might just have taken far more out of the WBA champ than at first thought.

Or perhaps Thurman simply had a bad night, a rusty night, against the seriously tough and durable Lopez.

Pacquiao, despite not being able to register too many KO’s or stoppages these days (just one since 2009) can still pump out plenty of punches through all 12 rounds and he is still very fast on his feet. And the thinking is, if Lopez was able to tag Thurman, then Pacquiao will also be able to do the job. And even at this veteran stage in his long career, Pac Man hits quite hard; certainly harder than Lopez cracks.

It would be one big win for Pacquiao, a man who has already accomplished so much but still wants more. Can he do it on July 20th?