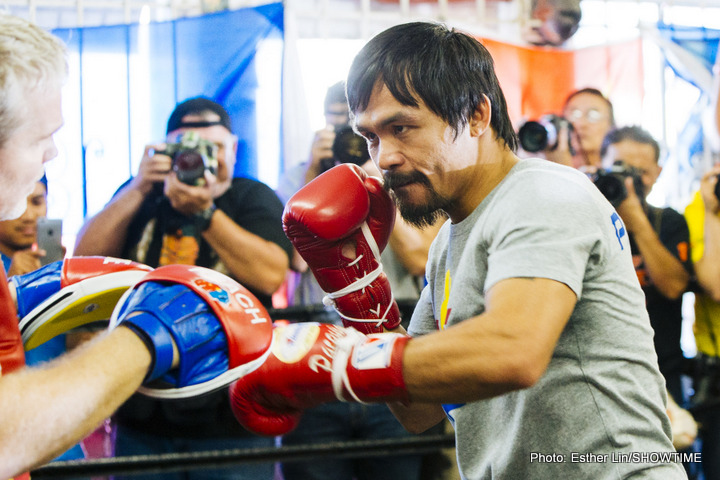 How did it get so late so soon?

It seems like it was just yesterday, when a young Filipino boxer was crossing the ropes, diving into an ocean full of unknowns, to face an elite rival in Juan Manuel Marquez for the first time. That was 2004, twelve years ago.

Now, after an astonishing record-breaking career, Manny Pacquiao is on his way out of boxing, hoping to transition into a full time political career, and be able to dedicate more time to his family.

For eternity, Pacquiao’s training regimen with Freddie Roach, his explosiveness and thundering speed, was a sight to behold, raking up dozens of thousands of view on YouTube anytime a video surfaced. Letting go of something that has shaped your life is not easy, thus Manny keeps fighting on, with a premise of retirement looming.

“I will evaluate everything after my fight with Tim Bradley. I know the end is near and Freddie (Roach) and I have trained as if this is my last fight. If this is the end of my boxing career, I want to leave the ring with a performance that will make the fans happy,” said Pacquiao.

Alas time takes its toll. In a recent article on CBS Sports, Manny Pacquiao was quoted admitting that his age is slowly becoming an anchor to his body.

“My training is different now that I am older. It took me nearly one week to recuperate from jet lag when it used to only take me a day or two. I have to allow my body to rest more between training sessions and over-training has become a new concern. Resting my body between training sessions is the biggest difference. I need proper time for my body to recover. I also do not spar as many rounds now,” continued Manny.

Despite many athletes trying to postpone the inevitable effect of time, avoiding it is not an option. Knowing when to leave the sport has been a coveted ability to possess, with many fighters taking too long to pull that trigger and hang up the gloves.

Now that Pacquiao himself has noticed a decline in his abilities, it is likely that his retirement is truly just around the corner, with the decision hanging on his performance this coming Saturday night against Timothy Bradley.