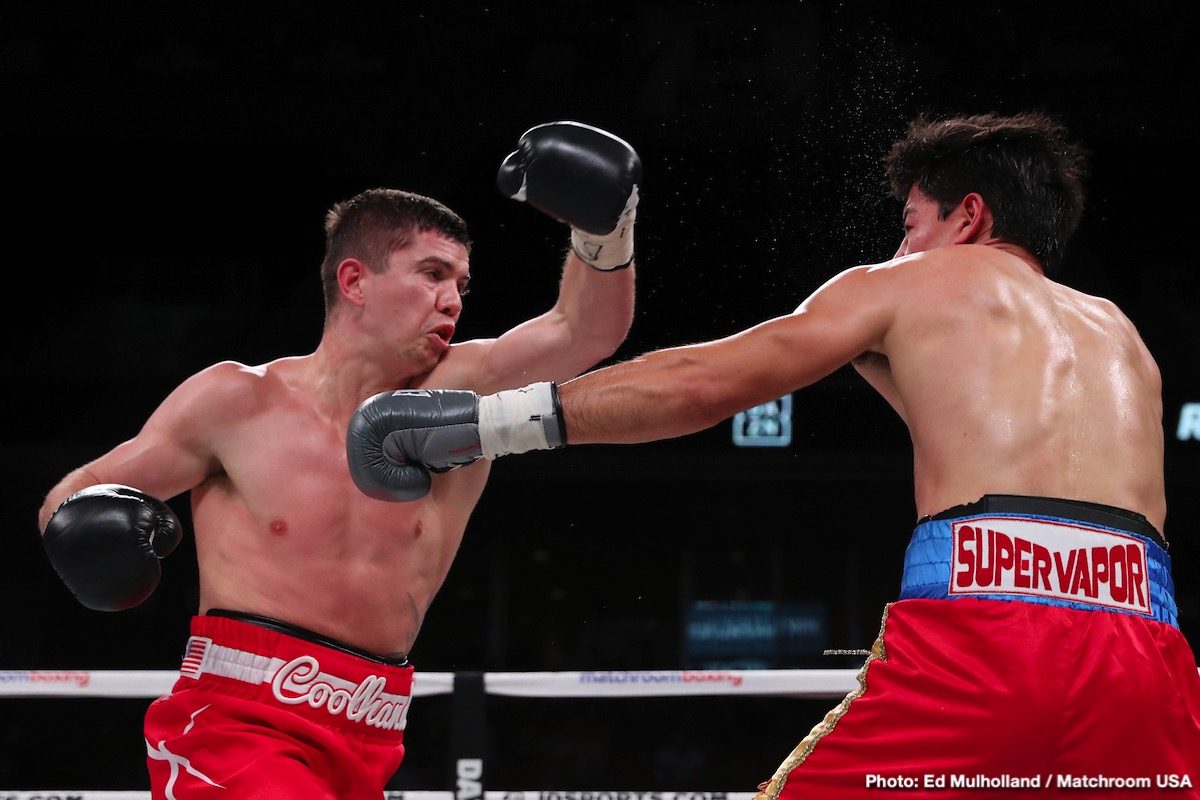 We will witness one gargantuan shock if Luke Campbell manages to defeat pound-for-pound king Vasyl Lomachenko when the two meet in their 135 pound showdown in London on August 31st. Even more so if Campbell can somehow manage to score the KO. But trainer Shane McGuigan says he has full confidence it can indeed happen.

Speaking with Sky Sports, Campbell’s trainer said his man has to “dent” Loma with his power and win rounds in a commanding fashion. Has Lomachenko ever been hurt in the ring? McGuigan believes so, and he says no man is unbeatable.

In fact, as fight fans are aware, “Hi Tech” has been beaten, by the crafty and seriously tough Orlando Salido, who used his weight and physical strength to score the points win over the Ukrainian southpaw way back when. A possible game-plan for Campbell to follow? Not so says McGuigan. Campbell will use his power and his rangy punches to hurt the big, big betting favourite.

“[Campbell] is not going to do what Salido did – march him down and use his weight and size because Luke doesn’t have that weight and size,” McGuigan said to Sky Sports. “Luke is not a come-forward pressure fighter. We have to take it out of the judges’ hands. When we win rounds we have to win them with a big margin. We have to dent him with power, and Luke definitely has the power to dent him. Jorge Linares put [Lomachenko] on his backside. Although it was a flash knock-down, he still stunned him. [Lomachenko] has been hurt once or twice. Salido hurt him throughout the fight and a few people caused him [problems].This guy isn’t unbeatable and if there’s one person, boxing-wise, with the ability to match him, it is Luke Campbell the Olympic gold medallist. We’ve got as many assets as anyone [Lomachenko] has faced. How do you negate his speed, ability and technical prowess? We have the size advantage, the power advantage. No, we’re not as quick or agile but we can take that away with range and timing. I am fully confident we have the ability to beat him and even knock him out.”

Campbell is training like never before in an effort to shock the world:

“You can’t [prepare for his style] but we have quality in-house sparring with Josh Taylor, a world champion and a quality operator in the weight above,” Campbell said to Sky Sports. “If I hit him clean, I believe I can certainly hurt him and get him out.”

But that’s the thing – the big thing. CAN Campbell hit Lomachenko clean? Has any fighter really, truly managed to do so thus far? It really is tough to make a case for a Campbell win on the 31st of this month, despite the confidence he and his trainer have.