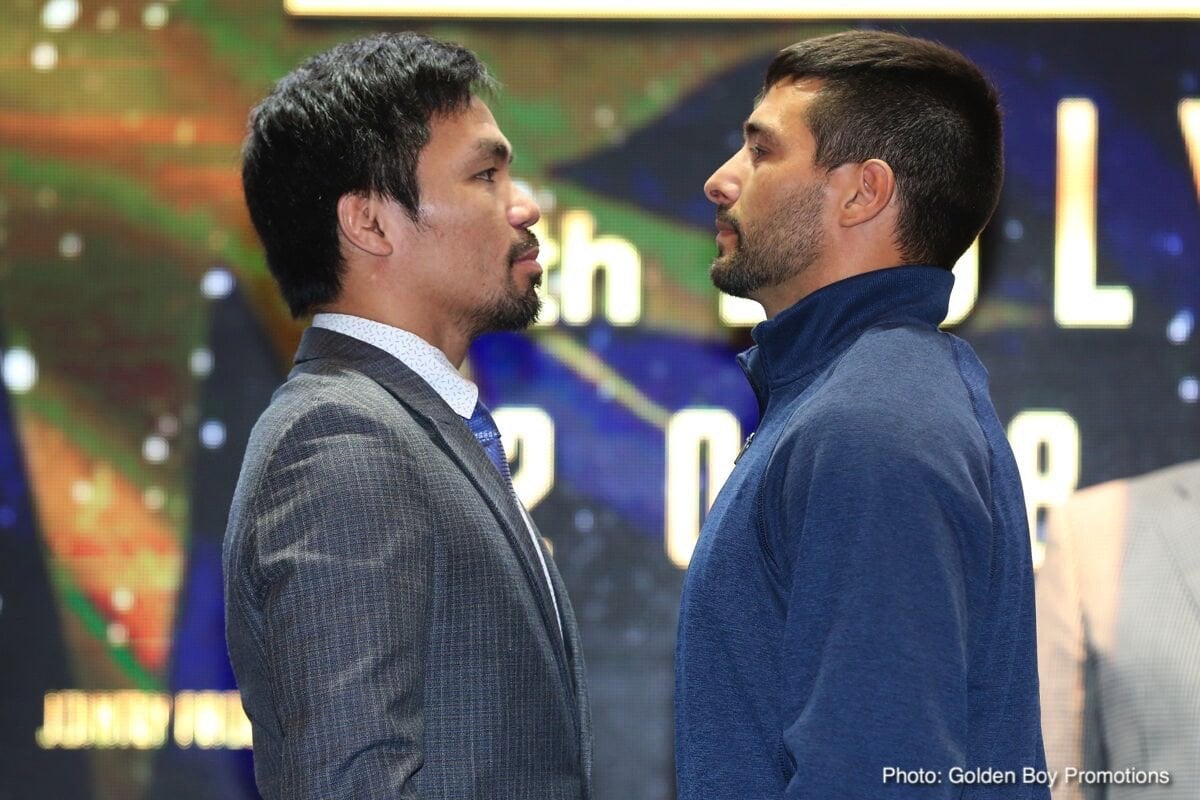 One of this summer’s biggest battles will take place live and exclusive on BoxNation when the legendary Manny Pacquiao steps up to face Argentine knockout sensation Lucas Matthysse for his WBA welterweight world title.

Taking place at the Axiata Arena in Kuala Lumpur on July 14th, eight-division world champion Pacquiao will be looking to bounce back in style following his shock defeat to Australian ace Jeff Horn.

However, in Matthysse he faces one of boxing’s most formidable punchers, who, with a record of 36 knockouts in 39 wins, always comes with bad intentions.

He displayed that in his latest win when he stopped the previously undefeated Tewa Kiram in the eighth round to win the vacant WBA welterweight world title.

Both men are two of the most exciting, all-action fighters around, with fireworks guaranteed when they meet in the ring next month in their 12-round contest.

“[Matthysse] is a very aggressive fighter. I am not worried about his style. My worry is I need to get 100 per cent conditioned – the stamina, the power and the strength to survive the 12 rounds,” Pacquiao said.

“You will see a young Manny Pacquiao throwing a lot of punches, and more footwork, head movements, side by side [motions] – that’s my goal to achieve for this fight. It’s going to be a great night,” he said.

35-year-old Matthysse can’t wait to get into the ring and has promised BoxNation fight fans that he will make sure Pacquiao is given no respite.

“We’re focused very much on this fight, and people will see the same Lucas Matthysse as always, the one who always looks for the action. It’s a fight that I like because of our similar styles and because we are of the same height,” Matthysse said.

“I expect the same Manny Pacquiao as always. He is a respectable champion, but I’m a champion as well. I’ve been fighting for a long time. I know he has a lot of experience as well.

“It will be a great fight, and I expect to see the same Manny Pacquiao I watched on television. Now I’m going to see him in the ring. This is something very big for me and my career,” he said.

Jim McMunn, BoxNation Managing Director, said: “Manny Pacquiao v Lucas Matthysse without doubt has the makings for a very special and exciting fight. These are two fighters who like to come forward, press the action and can really punch. BoxNation subscribers will be in for a real treat when these two meet live and exclusive on July 14th.”