Ryan Garcia and Vasily Lomachenko are now two options that George Kambosos Jr is considering for his next fight in Australia after his negotiations with WBC lightweight champion Devin Haney have stalled due to the financial package.

Chris Mannix of Sports Illustrated reported on Friday that talks with Lomachenko’s promoters at Top Rank have gone “seamless” in contrast to the stalled-out discussions with Haney.

The Lomachenko fight would involve a rematch clause, so if Kambosos were to lose, he would get a second crack against the talented two-time Olympic gold medalist.

Lomachenko (16-2, 11 KOs) isn’t looking for a lot of money. He just wants a chance to become undisputed at 135, and a victory over Kambosos Jr. would put him close to achieving that.

The exciting knockout artist Ryan Garcia (21-0, 18 KOs) has suddenly emerged as a real possibility for the four-belt 135-lb champion Kambosos Jr. for the first defense of his titles in Australia. 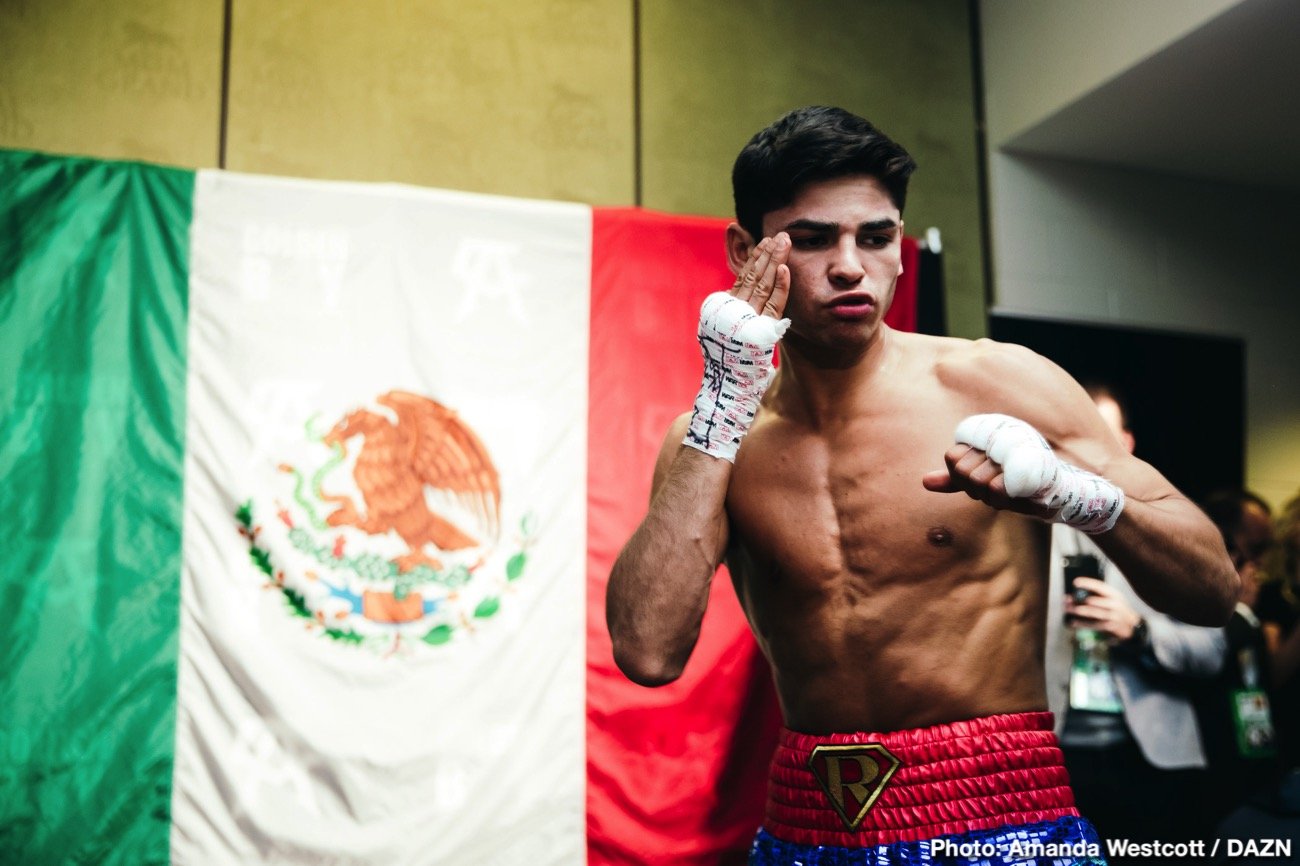 Mannix states that if Kambosos takes the fight with the 23-year-old Ryan Garcia, the two would have interim fights in early 2022 and then meet later on. That idea makes a lot of sense, as Ryan hasn’t fought since last January due to injury problems and a short mental health issue.

Having interim fights, perhaps on the same card, would help create interest from boxing fans in a Kambosos vs. Ryan Garcia fight for the second half of this year in a large stadium in Australia.

By that time, hopefully, the Australian government will allow full capacity crowds without capping them at 50%.

As for Devin Haney (27-0, 15 KOs), it’s unclear what kind of money he’s asking for to take the fight with Kambosos.

Haney’s promoter Eddie Hearn recently said that he’d had a conversation with him, telling him that he shouldn’t “price himself out” of the fight because if he believes he can win, the victory would turn him into a “superstar overnight.”

Even if Haney wasn’t pricing himself out of the fight, he’s not as compelling as Ryan Garcia or Lomachenko as potential opponents for Kambosos.

“Talks for a lightweight title fight between Devin Haney and George Kambosos have stalled,” Chris Mannix of SI said. “Officials involved have struggled to come up with a financial package that will satisfy Haney.

“While Kambosos’s team, promoter Lou DiBella continues to discuss with Top Rank a deal to face Vasyl Lomachenko—negotiations for a two-fight package there have been relatively seamless.

“Representatives of Kambosos and Ryan Garcia have discussed the framework of a two-fight deal that would see Kambosos and Garcia take interim fights in the first half of 2022—Garcia is penciled in to return in April while Kambosos prefers to fight in June—with the two colliding in the second half of the year.”

Ryan Garcia or Lomachenko are EXCELLENT options for Kambosos’ next fight. Even if the fight with King Ry is delayed into the second half of this year, he’s a great choice for Kambosos to defend against, as it’s a real 50-50 type of fight that would create a tremendous amount of interest worldwide,