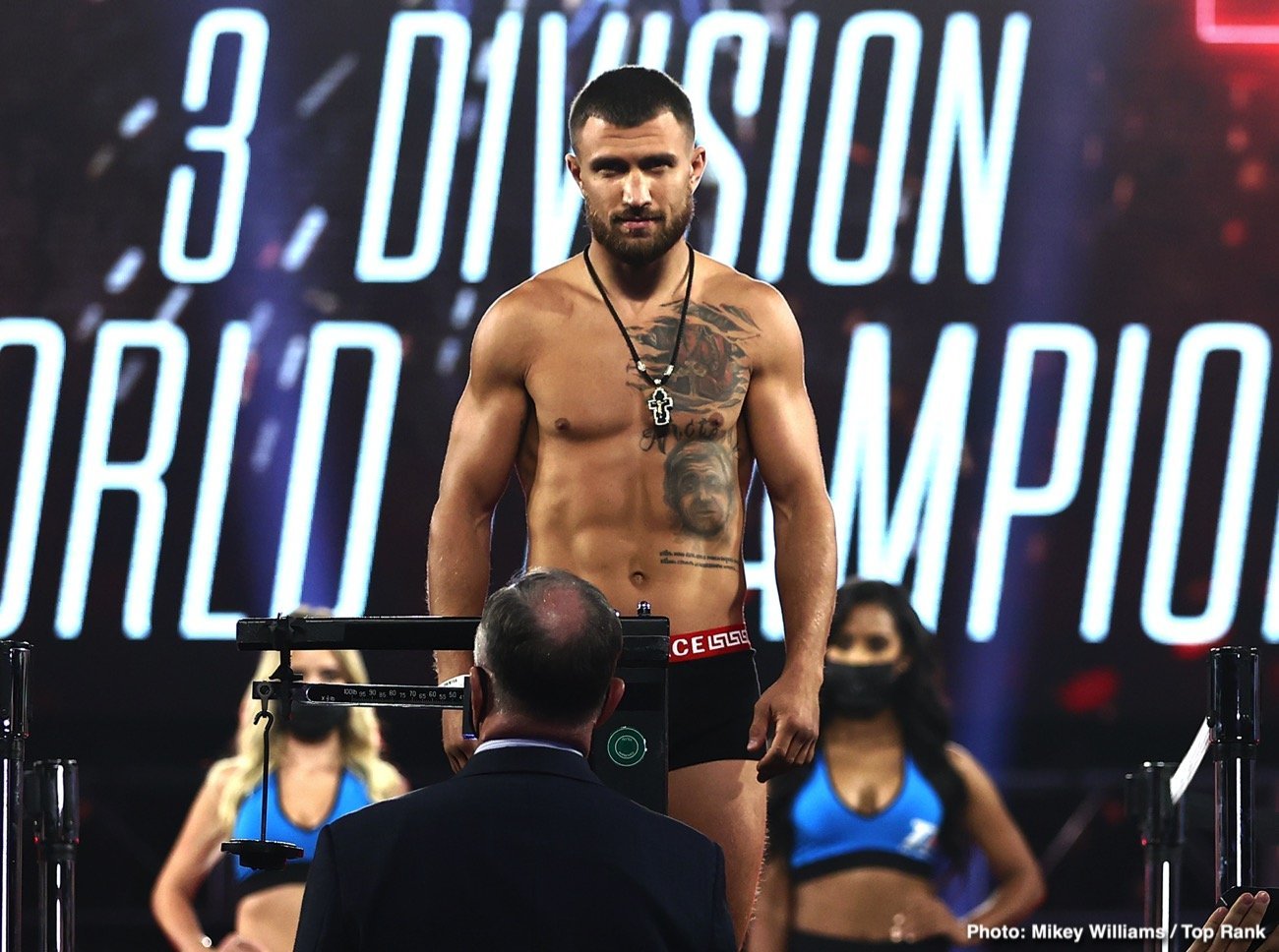 What do Nicholas Walters, Jason Sosa, Miguel Marriaga and Guillermo Rigondeaux all have in common? Answer: they all quit, in fact, were made to quit, by the superb Vasyl Lomachenko. In fact, these four fighters – each of them either good or very good – quit in consecutive fights with the man known as both “Hi Tech” and “The Matrix.”

Fans everywhere are expecting a great fight, possibly The Fight Of The Year, tonight when Lomachenko will face the seriously powerful, determined (read convinced) and talented Teofimo Lopez. Most experts have predicted a Loma points win, a few are going for a Lomachenko stoppage, while Lopez has supporters who feel the nine years younger man will get the decision win or perhaps a late stoppage victory. But not too many, if any, have predicted a Lomachenko win that comes about due to Lopez doing what Walters, Sosa, Marriaga and Rigondeaux did, and quit on his stool.

But could it happen?

It would be a shocker, even if we have seen Lomachenko make four of his previous foes quit. The way Lopez has talked, he seems willing to give it absolutely everything he has in an effort to win. No way will this immensely strong, wickedly powerful and proud young champion give in and bow down to Lomachenko – or to any man come to that. So the thinking goes, anyway. But Lomachenko has shown time and again how he defies logical thinking. Lopez, as good as he is, as potentially great as he may be, has not yet experienced the things Walters (a big puncher) Sosa, Marriaga and Rigondeaux did when they shared a ring with Lomachenko.

Frustration can set in when fighting the hard to hit cleanly southpaw; especially for a young fighter who has boxed just 15 pro fights. This frustration can lead to sheer rage. Then, if a fighter is hit and hurt after having been frustrated and embarrassed, if everything he has tried has failed, and if a grinning, “arrogant” Lomachenko is there taunting him, seemingly in reach of a good punch but then effortlessly making any and all incoming punches miss the intended target, this is when the option of quitting seems almost unavoidable.

Of course nobody wants to see Lopez quit; after all the hype, we want a fight to the finish, a fight with no excuses. But Lopez, a passionate athlete who some people feel is guilty of getting too emotional and who may well do so tonight, could indeed react a strange way if things are not going his way in the fight (God forbid Lopez has a “Mike Tyson moment” and does something crazy during the fight such as committing a blatant foul, the way a frustrated Tyson did a number of times, most notably in his rematch against Evander Holyfield). We’ll soon see.

But if Lopez did quit in the fight, how shocked would you be? To repeat, it’s happened (four times) before.