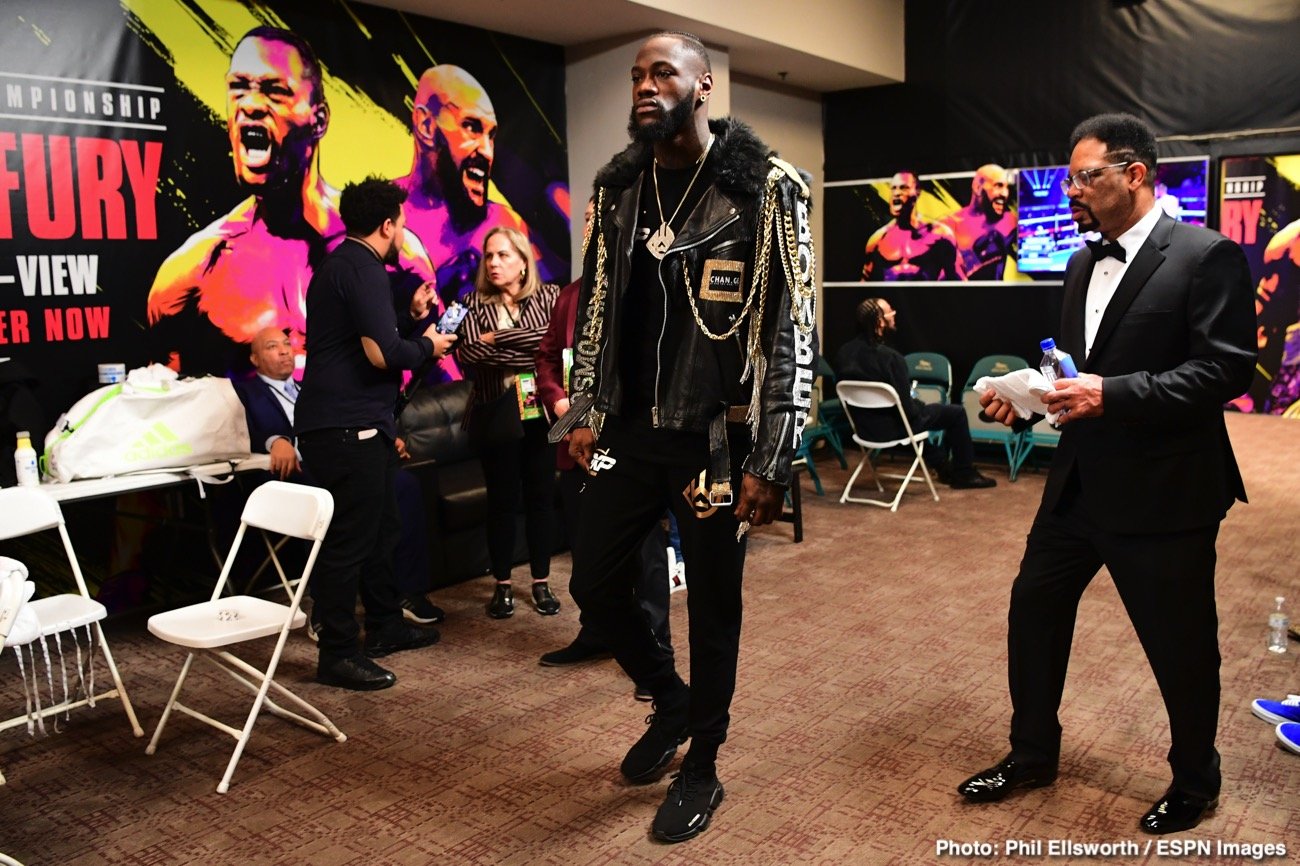 Has any past world heavyweight champion you can think of gone as quiet, or pulled as mystifying a disappearing act after losing their title, as Deontay Wilder? Right now, with the news that the third fight between Wilder and Tyson Fury is either off for this year or is not happening at any time, everyone is asking the same question: where is Deontay Wilder?

All we’ve heard since news was reported of how the contract for that third fight between Fury and Wilder has “expired,” is a few words from Wilder’s co-manager Shelly Finkel, who says Wilder “still wants the fight – any time, any place.” We’ve not heard a peep out of Wilder, a man who was about as vocal a figure as one could imagine in the sport of boxing; not since these new developments, in fact not in the longest time. No appearances, nothing said to his fans, no statement from Wilder himself that, yes, he does want the fight. It really is a crazy situation.

Promoter Eddie Hearn is not alone, in fact far from it, when he asks the question – has Wilder either retired from boxing, or will he do so soon? Until we hear it from Wilder’s mouth that, no, this is not the case, what are we to think? Why the deafening silence from “The Bronze Bomber?”

Hearn is as much at a loss as the rest of us.

“I don’t know what’s going on,” Hearn said in a recent interview with Boxing Social. “The amount of interviews where I’ve said, ‘Where is he?’ You think you’d just put a post out, wouldn’t you? Going, ‘Guys, I’ve been laying low, I’m focused, I want my belt back.’ It’s so weird and, contractually, what sort of job have these people done for Deontay Wilder? What? It’s just evaporated? The rematch clause? Where are these people coming out enforcing their rights? It’s a disaster all round. And now Deontay Wilder, what’s he doing? Something’s very strange.”

It is indeed very strange. Just what is the story with Wilder? We can only guess where he is and what he’s doing right now. Either Wilder took such a beating, mentally and physically from Fury in fight-two, that he has lost all heart and desire to fight again. Or Wilder has decided he has made enough money from boxing and has no desire to fight anyone again. Or, and let’s hope this is not the case, Wilder suffered very serious damage in the February fight, and cannot fight again as a result.

If it is scenario number-three, one would think this would have leaked out by now. But at this point we just don’t know what to think. Will Wilder fight again, and if so when? Who will Wilder fight if it’s not Fury (and Fury will “definitely fight on December 5” says Frank Warren)? Or have we seen the last of Wilder, a fighter who got the absolute confidence and belief knocked clean out of him in February of this year?

Wilder owes his fans a public appearance where he lets them know what on earth is going on.