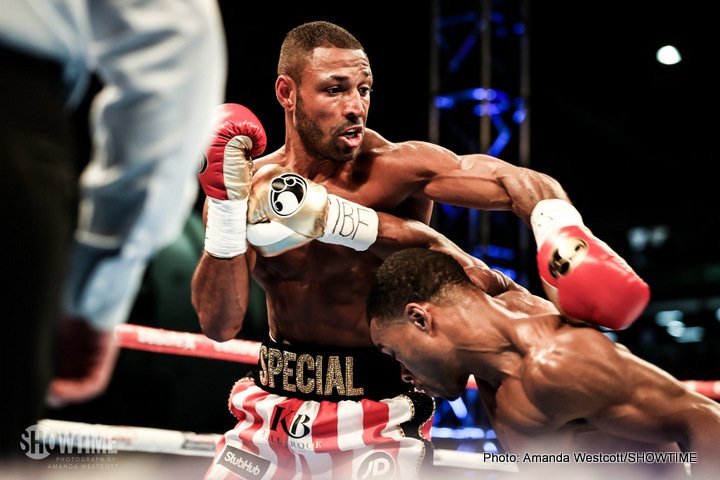 Kell Brook, the former IBF welterweight champ, will return to action in his hometown of Sheffield on December 8th it has been announced. Brook, having not won a welterweight fight since March of 2016, is (still) hoping for that big fight with British rival Amir Khan. Khan, though, insists this fight has to take place at 147 pounds. Who knows if Brook, 37-2(26) and last seen boxing up at 154 (stopping Siarhei Rabchanko in March) can box effectively (and be safe) at welterweight any longer.

The opponent for Brook’s December 8 return has not been officially named yet, but according to a number of news articles – from WBN and The Sheffield Star – it will be Australia’s Michael Zerafa. Known as “Pretty Boy,” the 26 year old with the 25-2(14) record has mixed with some good names during his career, yet he has been beaten each time he has boxed away from home in Melbourne. Listed as a super-welter by invaluable site BoxRec, Zerafa was decisioned by Arif Magomedov at 160 and, in 2015 in his biggest fight to date, Zefara was brutally taken out by Peter Quillin, also at middleweight.

Winner of his last eight fights, the last four taking place at 154, Zerafa will no doubt enter the ring with Brook as a huge underdog. Brook of course needs to avoid defeat or else that big (not as big as it once was but still pretty big) domestic clash with Khan will go away forever. His fan base expected to attend in Sheffield in the first week of December (this being a month with a chock full slice of boxing action scheduled), Brook will no doubt be looking to rid himself of any rust he has picked up since March and also to get a few rounds in.

Reportedly having split with trainer Dom Ingle, Brook is now out in Spain training for his next outing. Brook was ringside when Khan last fought – overcoming a tougher than expected Samuel Vargas in September – and he has dared Khan to be ringside at his next fight. But will Khan show up? Would you?