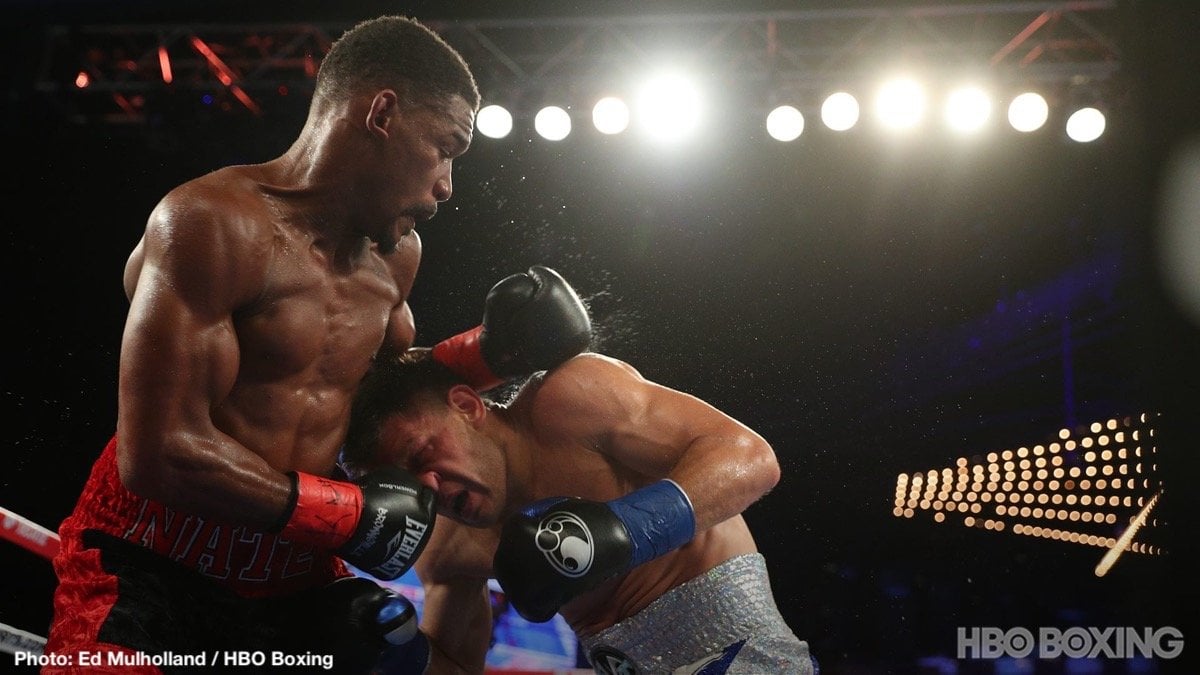 Derevyanchenko, 32, has only himself to blame for losing the fight. He should have known going into the match that he was going to likely lose if the fight went to the scorecards due to it taking place in Jacobs’ hometown and on his promoters’ card. Derevyanchenko needed to empty out the gas tank shooting for a KO, but he failed to do that. Derevyanchenko wasn’t aggressive enough to be given the win over the more established Jacobs. To beat a fighter with a name like Jacobs, you have to do a lot more than just barely beat him.

Most fans believed that Jacobs just barely edged it. The judges saw Jacobs winning by the scores 115-112, 115-112 Jacobs, 114-113 Derevyanchenko. Many of the rounds were close and could have gone either way.

Jacobs knocked Derevyanchenko down in round one with a punch behind the head. The referee ruled it a knockdown, but it could have been waived off it a different referee had been working the fight. Towards the end of the fight, Derevyanchenko rallied to make it pretty much an even fight.

There wasn’t enough between them to say that either of them won the fight. Of course, Jacobs and his promoters at Matchroom Boxing USA/DAZN aren’t talking about giving Derevyanchenko a rematch to settle the controversy. They want a unification fight with WBC middleweight champion Saul Canelo Alvarez, and they may get their wish. When/if Canelo returns to the middleweight division after his December 15 title challenge against WBA World super middleweight champion Rocky Fielding, he’s going to need a good opponent. Canelo and his promoters at Golden Boy Promotions likely won’t take a third fight against Gennady Golovkin due to the controversy surrounding the first two fights, which saw very questionable scoring in their fights in Las Vegas, Nevada. Canelo isn’t expected to defend against his WBC mandatory challenger Jermall Charlo or face newly crowd WBO middleweight champion Demetrius Andrade. that leaves Jacobs as the best option for Canelo.

In the co-feature bout, World Boxing Council super featherweight champion Alberto Machado (21-0, 17 KOs) stayed unbeaten with a blowout 1st round stoppage win over fringe contender Yuandale Evans (20-2, 14 KOs). Machado knocked Evans down several times before the bout was halted. The official time of the stoppage was at 2:25 of round one.