Last night’s female super fight between Katie Taylor and Amanda Serrano delivered, it lived up to all the hype in doing so and now, in fact pretty much as soon as the official scores were read out inside a packed and truly buzzing Madison Square Garden in New York, talks of a rematch have begun. These talks will become nothing short of deafening in the coming weeks/months. Why? Two reasons: Number-one, the fight was great, special, epic, the fight being crammed full of two-way action, plenty of it torrid and testing. Number-two, the fight, won by Taylor via agonisingly close split decision, was a fight plenty of people saw the other way.

Indeed, there simply HAS to be a rematch. 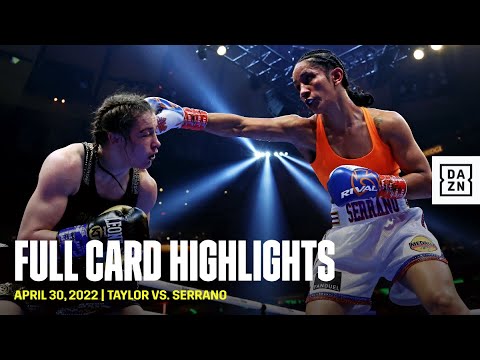 Taylor of Ireland, who prevailed by scores of 97-93 and 96-93 on two cards yet was judged a loser by a tall of 96-94 on the third card, had to dig deeper than ever before to keep her unified lightweight title. And that’s saying something when we consider the wars Katie has been involved in (her first rumble with Delfine Persoon being one heck of a battle). Serrano, two years the younger fighter at age 33, also had to search for stuff she didn’t know for sure she had, the former multi-weight champ from Puerto Rico having to dig in in the last four rounds in particular, when 35 year old Taylor rallied.

It was an action fight all the way and the plaudits have been pouring in: “An instant classic,” Ring Magazine. “One of the greatest fights in Madison Square Garden,” Eddie Hearn.

It was super-special and the only thing that can possibly spoil the party is the fact that the “R” word has surfaced. Yeah, some people say Serrano was robbed. It was a close fight, an at times brutal fight, but to suggest Taylor was not deserving of her victory is unfair. Still, what would be unfair would be for Taylor to not grant her career-toughest foe a return fight. Taylor is already calling for the sequel, to take place in Ireland.

“We all want to see the best versus the best, a rematch would be absolutely phenomenal,” Taylor said post-fight. If it was in Dublin we could sell-out Croke Park, 90,000 people – imagine fighting in front of 80 or 90,000 people in Croke Park. Absolutely, that can happen.”

Maybe we will eventually see the first legendary women’s trilogy? 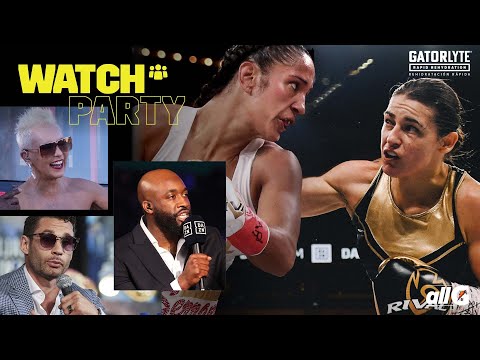