WBC Franchise super flyweight champion Juan Francisco Estrada (43-3, 28 KOs) showed his age tonight, having to struggle to defeat the younger Argi Cortes (23-3-2, 10 KOs) by a 12 round unanimous decision on Saturday night at the Centro de Usos Multiples in Hermosillo, Mexico.

Estrada struggled in the early rounds, appearing to lose rounds 1, 4, 5, and 6 before he rallied in the seventh to drop Cortes with an illegal punch to the left kidney. After Estrada got the better of Cortes in rounds 8 and 9, he came storming back to dominate rounds 10, 11, and 12 against the aging WBC Franchise champion. 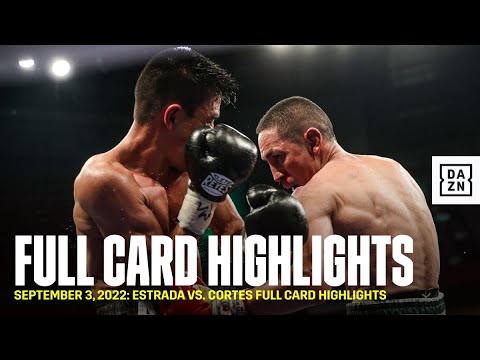 The way that the 27-year-old Cortes fought tooth & nail, Estrada was lucky to get the win, as he appeared to lose 8 of the 12 rounds. 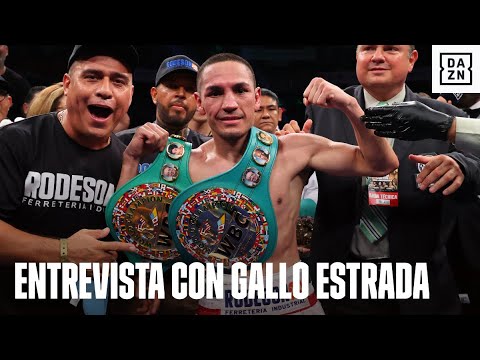 What saved Estrada, besides fighting at home, was a seventh round knockdown in which he hit Cortes on the lower back with a left hook. The referee let Estrada get away with what was clearly an illegal blow to the back, but again, he was the home fighter, so it’s not a shock that the knockdown wasn’t waived off.

Of those three, the 114-113 score made the most sense, as the fight was far closer than the other two scores handed in by the judges.

Estrada was getting beaten to the punch the entire fight by the younger, faster, and more powerful Cortes. It shouldn’t have been that way, as Cortes was clearly hand-picked by Team Estrada for what was supposed to have been an easy tune-up fight for the highly accomplished fighter.

Cortes isn’t ranked high by any of the four sanctioning bodies at super flyweight, and he was supposed to have been easy pickings for the ring-rusty Estrada, who was coming off a long 18-month layoff and a punishing fight against Roman ‘Chocolatito’ Gonzalez last May.

Estrada will face Chocolatito in a trilogy fight in December, but it’s going to be tough for him unless he raises his game. From what we saw tonight, Estrada will be no match for Chocolatito.

He doesn’t have it anymore. It could be the punishment that Roman dished out against Estrada last year, in which he threw over 1000 punches, with many of them landing to the head. That fight took a lot out of Estrada, and we saw the results tonight with Juan Francisco struggling to defeat the second-tier fighter Cortes.