Josh Taylor isn’t excited by the idea of staying at 140 and defending his four titles repeatedly for the remainder of his career against lackluster opposition that fails to attract much attention from fans.

This Saturday is an example of Taylor defending his undisputed title against an opponent that brings nothing to the table in Jack Catterall (26-0, 13 KOs), a fighter only known to UK fans and who still has yet to face his first actual world class opponent.

Taylor and Catterall are headlining this Saturday, February 26th, at the SSE Hydro in Glasgow, Scotland. The fight will be shown on ESPN+ at 5:00. ET.

Taylor, 31, realizes that if he stays at 140, he’ll be stuck with the same cookie-cutter opposition that the fans have never heard of or cared about for the remainder of his career.

The money that Taylor can make fighting these unknowns pales compared to what he can get fighting at 147, which is why he needs to move up in weight sooner rather than later.

For that reason, Taylor (18-0, 13 KOs) is eyeing the welterweight division for bigger fights and more considerable money.

“I want to achieve more in the sport than that and add more titles to my name, to become a two-weight undisputed world champion,” said Josh Taylor to ESPN.

“There are big fights out there for me on the horizon. I’ve got an abundance of desire to stay top dog in this weight division, but I feel I’ve achieved a lot at this weight division now and all that is left to do is defend the titles over and over,” said Taylor.

The bitter truth is that Taylor has only fought two high-caliber fighters during his career at 140 in Regis Prograis and Jose Ramirez in very, very close fights.  You can argue that rematches with those fighters would be near 50-50 affairs.

There are a lot of talented fighters that Taylor hasn’t fought at 140 that would likely beat the brakes off Catterall and most of the other guys Josh has fought.

Should Taylor stay at 140, he might struggle against these talented contenders:

It’s not a given that Taylor beats any of those fighters or wins rematches with Jose Ramirez and Regis Prograis.

If Taylor moves up to 147, he could have significant difficulties getting fights against PBC-managed fighters like Errol Spence Jr. Taylor says he wants to fight Terence Crawford. Still, his lawsuit with Top Rank might make a fight between them virtually impossible to set up.

“No, it doesn’t; it’s still a fight that is quite easy to make,” Taylor said about a match against Crawford.

“Just because something like that is going on, it’s still a fight that could be made.”

If it’s just about money, Taylor might get lucky and get the fight against Crawford, but I wouldn’t hold my breath counting on that happening.

As I said, Crawford has a lawsuit out on his former promoter Bob Arum of Top Rank, and it doesn’t make sense that he would be in a hurry to set up a fight involving him right now.

What’s telling is that Crawford isn’t even mentioning Taylor’s name when talking about fighters that he wants to face next.

Crawford wants the April 16th unification match-winner between Errol Spence Jr. and Yordenis Ugas. If Crawford doesn’t get that fight, he says he wants to face the winner of the undisputed match between IBF/WBA/WBC champion Jermell Charlo and WBO champion Brian Castano.

As the WBO welterweight champion, Crawford can petition the World Boxing Organization to make him the mandatory to Castano, meaning he can face the Charlo-Castano winner.

There’s more to gain for Crawford to go in either of those directions than for him to face Taylor, who isn’t a household name in the U.S, and still won’t be after his fight against little-known Catterall this Saturday. 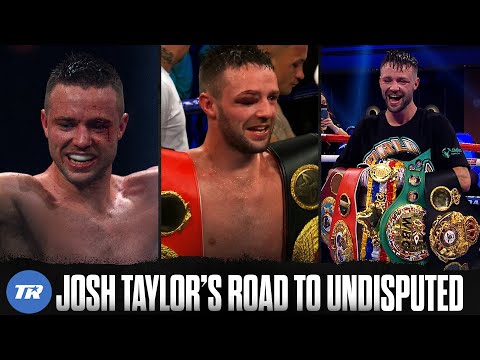