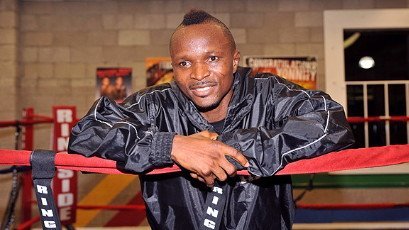 Former two-time IBF Bantamweight champion, Joseph ‘King Kong’ Agbeko (30-5-0, 23KO) is scheduled to return to the ring this Friday (October 28th) in his second fight since Guillermo Rigondeaux shut him out in December 2013. Agbeko dispatched of Filipino fighter Juanito Rubillar (then 50-23-7, 24KO) in May of last year, knocking out the over-matched journeyman before the end of the fourth round.

Returning to his home country, Ghana, Agbeko this time takes on fellow African fighter, Tanzania’s Haji Juma (16-8-5, 8KO) in a 12 round bantamweight contest, taking place in the Accra Sports Stadium. The, so far, apparently only one fight card is promoted by Eben Noi, and Fresh King Entertainment, a promotional and entertainment company owned by Joseph Agbeko. A fight with Juma was scheduled to take place in August of this year, but ultimately didn’t materialize.

Juma may be remembered on UK shores as hot-prospect Andrew Selby’s debut opponent, and though regarded as a solid foe to start a boxer’s career against, if the vastly experienced Agbeko is considering anything other than retirement money, he should dispose of Juma at least as easily as Selby’s fourth round stoppage victory. Already up against it in terms of ability and class, Juma, at 37 years old, is also Agbeko’s senior, the latter turning 36 this March. Similarly, ‘King Kong’ will enjoy advantages in weight, with Juma being a natural flyweight, and size too; Agbeko being the taller man by at least a couple of inches. As the fight is to take place at bantamweight, the cards are clearly stacked in Agbeko’s favour.

Though game and brave, Juma should lose this one handily, despite Agbeko being past his best. What is of more interest is where Agbeko, who holds wins over the likes of Vic Darchinyan and Yohnny Perez, decides to go next.