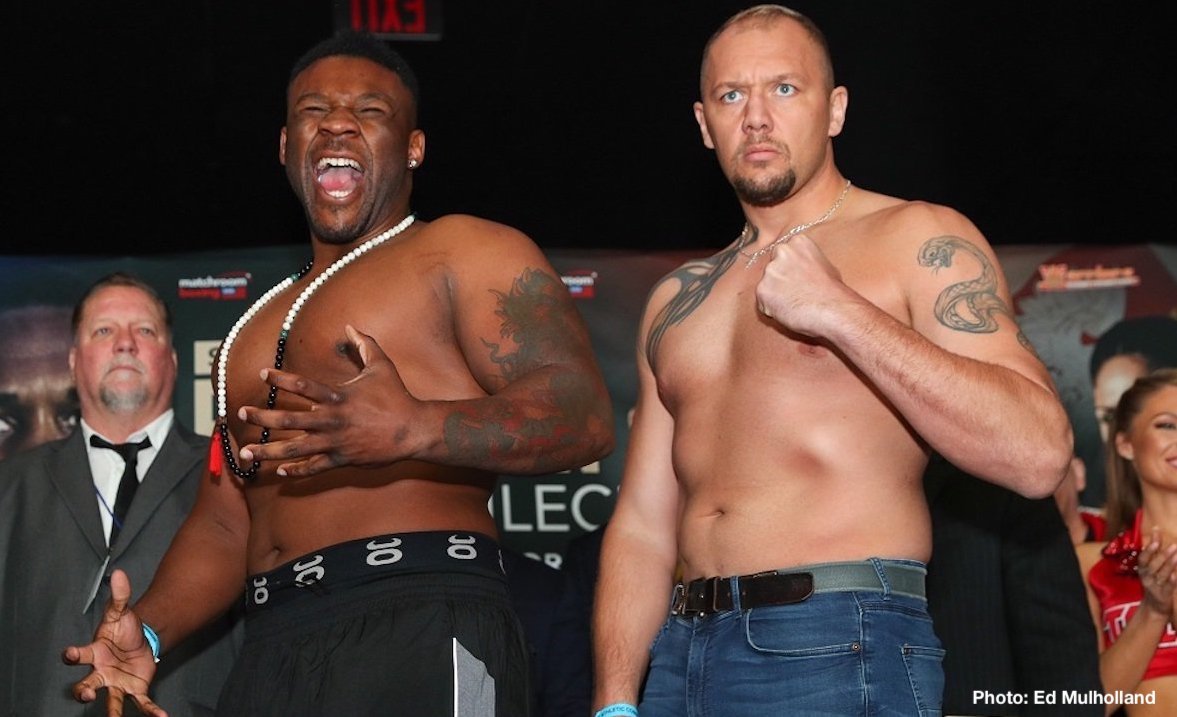 French warrior Johan Duhaupas, the only man to have taken Jarrell Miller the full 12 rounds, which he did when he fought him in April of last year, says he is “disgusted” over how the man known as “Big Baby” failed a drugs test ahead of his scheduled June 1st fight with Anthony Joshua.

Thinking back to his decision loss to Miller, Duhaupas, 37-5(24) says he believes Miller may have taken something ahead of that fight and that this allowed him to perform better, with more energy and stamina. Duhaupas has no proof of this, yet he has fought three men who failed a drugs test some time after defeating him – Francesco Pianeta, Erkan Teper and Alexander Povetkin. No wonder Duhaupas feels aggrieved.

Kindly taking time to speak with me, Johann says he strongly believes he would have beaten Miller, Povetkin, Teper and Pianeta had the bouts been on “equal terms.” In addition to this, the 38 year old who has not fought since dropping that decision to Miller says his career would have been entirely different today had he won these fights.

Q: Give us your take on Jarrell Miller’s failed drugs test?

Johann Duhaupas: “In our fight, I found that Miller lacked cardio fitness due to his weight. My strategy was to make his punch output drop after the sixth [round] but he surprised me by staying in shape [in the fight]. He only dropped [his pace and output] in the tenth. So I know today that he could be helped by this stuff. On equal terms, I would have beaten him. Now, after what happened, my future in boxing is uncertain.”

Q: Do you plan to fight again?

J.D: “I do. I hope to return this summer and challenge Tony Yoka at the end of the year.”

But who knows what Miller’s own future will be? Miller has released a written statement in which he insists he has done absolutely nothing wrong and that he will be vindicated. Despite this, plenty of people are unwilling to give Miller the benefit of the doubt; Duhaupas included.

A good fighter, who knows if the Frenchman would indeed have won one or more of the four fights he lost; fight he lost under what he now feels were shady circumstances.