The referee stopped the contest at :45 seconds of the opening round, after Smith floored his opponent with a big right hand, and continued the barrage with a flurry of punches that had Fonfara reeling.

“I expected it to go 10 rounds because he’s a great fighter,” Smith told NBC. “I trained harder for this fight than I ever have, and came here to prove a point that I belong in the ring with the best.

“I was trying to stay on top of him because he left himself open,” added Smith. “I caught him with the over hand right. When I see someone hurt, I’m a finisher, and was determined to get him out.”

Representing Long Island, New York, Smith Jr. was making his national television debut and it was a beauty. It was his 16th straight victory.

The 26-year-old was a highly decorated amateur who won the 2008 New York Golden Gloves with a victory over Seanie Monaghan. A member of the Local 66 Laborers Union between fights and the oldest of eight siblings, Smith Jr. by far picked up his most impressive victory of his career.

It was a short night for the heavily favored Fonfara, who was rocked by a roundhouse right from Smith Jr. that immediately sent the Polish fighter to the canvas. Fonfara stumbled to his feet, but never regained his composure.

Smith Jr. sensed his moment and attacked, connecting with a cross-hook combo that put Fonfara back on the ground. Fonfara was able to get to his feet, but was too shaky to continue, forcing referee Hector Afu to stop the fight at 2:32 into the first round. 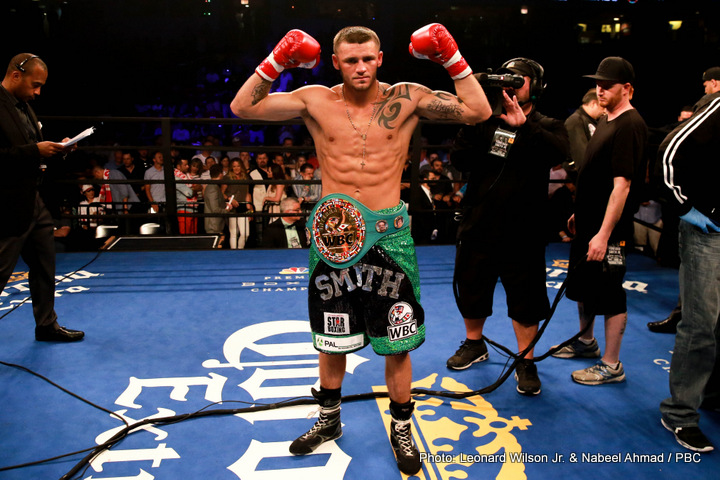 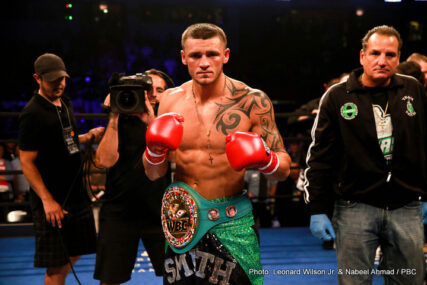 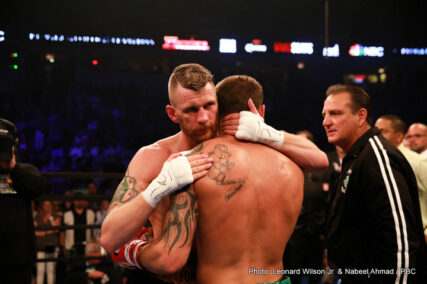 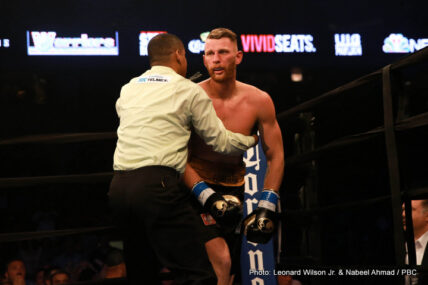 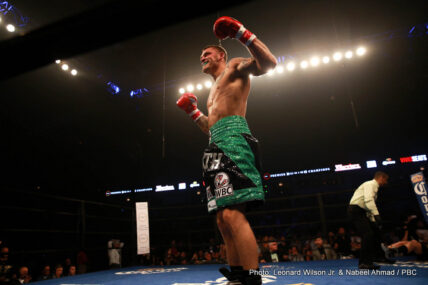 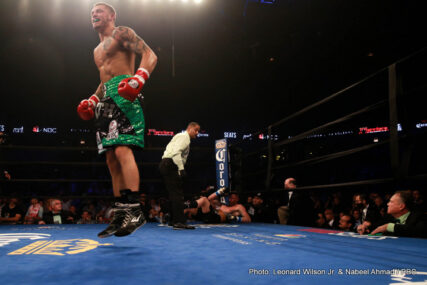 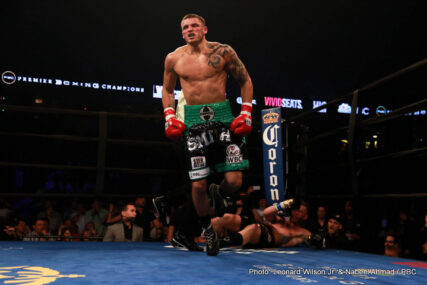 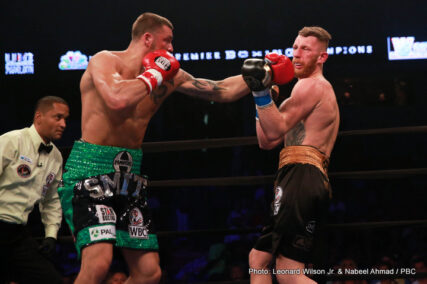 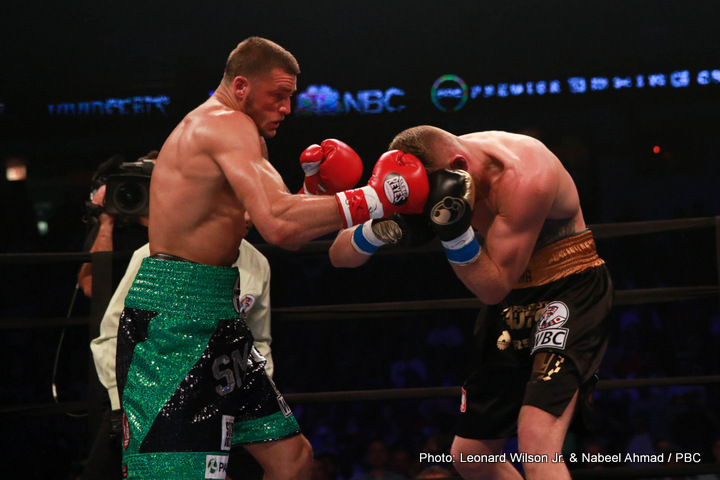 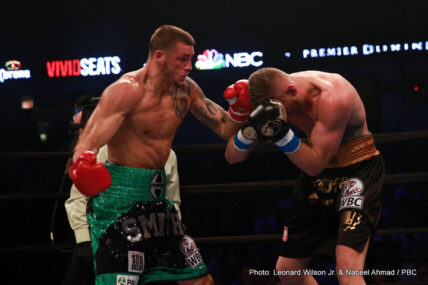 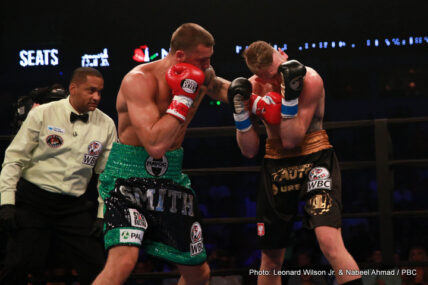 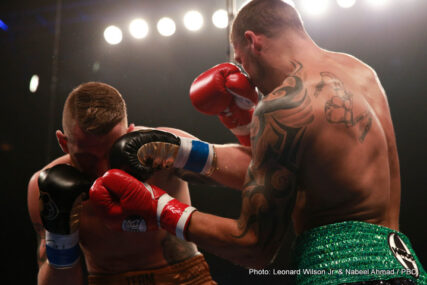 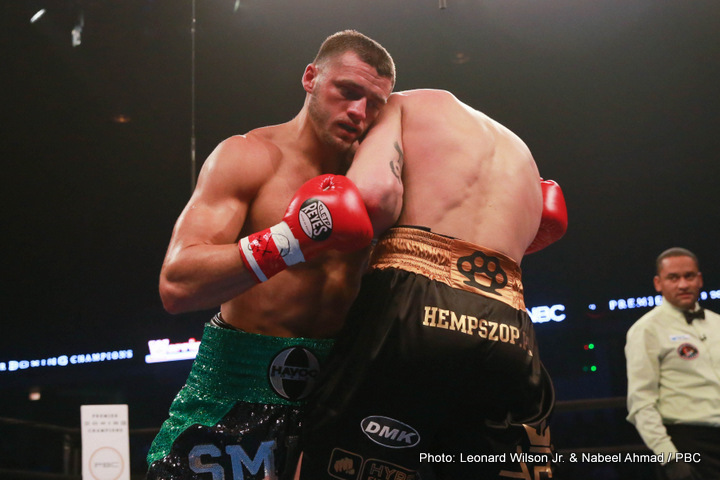 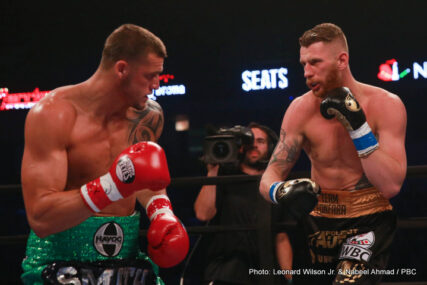 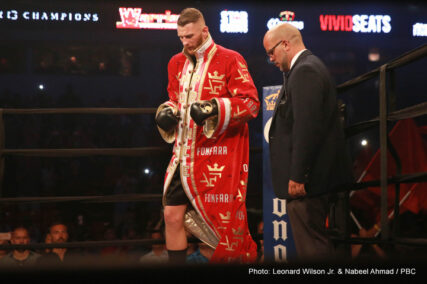 “There’s no feeling like this. I’m happy to take this victory back home to New York to all my fans.

“I’ll talk to my promoter but I’m hoping for another big fight to get myself to a world title.

“Now everybody knows who I am. This is the best thing that could have happened.

“Once I started hitting him and pushing him back he fell away and left himself open for the right hand.

“I thought this would be more of a fight, but I took him out early and it feels great.

“He was punching and I knew he leaves himself open. I was just looking for the punch and it landed.”

“He is a heavy puncher. He hit me with a great punch. It happens.

“I threw some good punches, but I got too comfortable. I didn’t see the punch coming. That made it a great punch.

“I’m disappointed because I thought I would win the fight but it is boxing. I will rest and get back in the ring. I’ll get back to work.”