Last night’s under-card fight in Miami proved to be a whole lot more entertaining than the Canelo Alvarez-Avni Yildrim main event. The super-middleweight fight proved tp be what we all knew it would be going in – a gross mismatch. Canelo was far too strong, powerful and just all-round good (great) for his overmatched challenger, the fight being a showcase for the Mexican star and nothing more.

But the heavyweight battle that took place before the main event, between unbeaten Chinese giant Zhilei Zang and US “Slugger” Jerry Forrest, turned out to be something quite special; certainly a fight that gave fans their money’s worth. Southpaw Zhang, who was talking ahead of last night’s fight of a possible mega-match with Anthony Joshua in China (the two met as amateurs, with AJ getting the win), came within a whisker of getting fellow lefty Forrest out of there early. But Forrest survived the three knockdowns he suffered in each of the opening three rounds, and then he came back and came within a whisker of taking Zhang’s unbeaten record.

It’s always a dramatic and thrilling thing seeing a fighter, down, hurt and on the verge of being stopped, coming back to turn things around in, well, dramatic and thrilling fashion. Forrest, the younger man by five years, looked so close to being stopped, ran over even, yet the warrior from Virginia is one tough and determined fighter. Forrest refused to give in and soon enough, Zhang’s gas tank began to empty – quite rapidly. A big man, who had put in so much effort in trying to get the finish he could see, Zhang was tired like never before.

By round eight, 37 year old Zhang was almost exhausted, he was bleeding and he was holding on. Zhang was deducted a point for holding in round nine, and this proved crucial on the cards (if Zhang had not been deducted, he would have bagged himself a win). It was a good fight and both men had to dig incredibly deep. Forrest – whose effort has been referred to as a “miracle draw” – understandably feels he was hard done by, that he deserved the win. Zhang might need to put his plans of “taking a step up against a big name” on hold for a time.

In an ideal world, in a fair world, these two heavyweights who earned every penny of their respective paycheques will meet again. An immediate rematch would be great to see, both in terms of sportsmanship and in terms of us fans being able to look forward to another darned good fight. 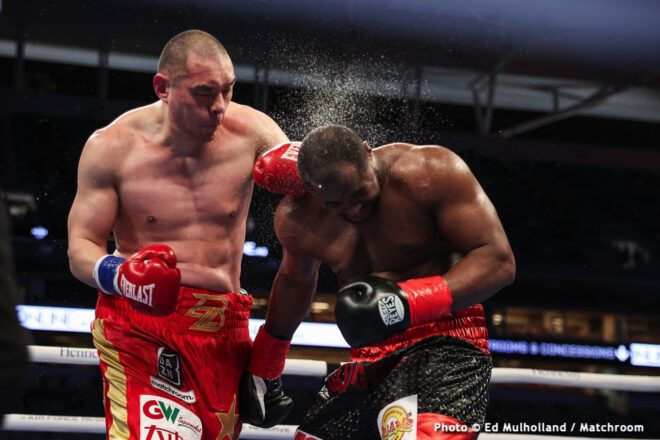 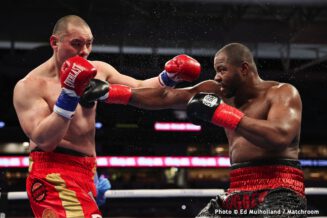 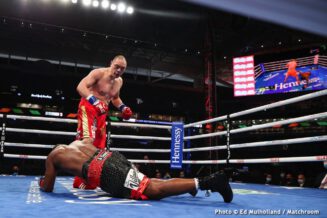 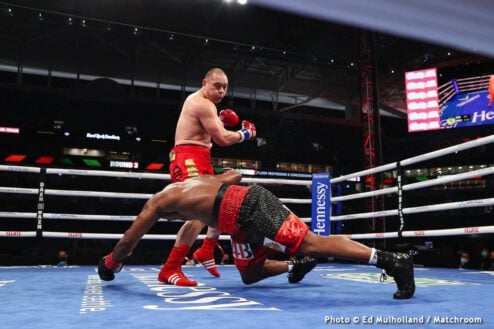 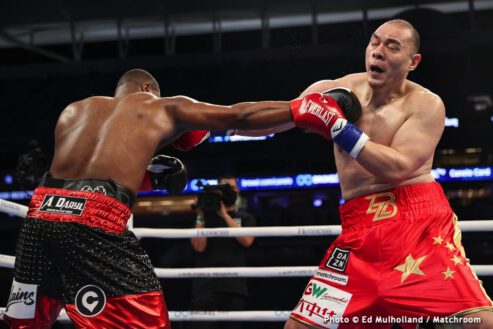