In the meantime, Jermall, 32, is one of the guys that Canelo Alvarez is expected to battle in the near future. Charlo would have to move up to 168 to take on Canelo and Benavidez because both are too big to melt down to 160 to face him.

Jermall hasn’t fought in over a year since his tougher-than-expected successful title defense against Juan Macias Montiel in June 2021. Charlo had been planning on fighting Maciel Sulecki, but that fight fell through.

It is a little troubling that Jermall has been out of the ring for 16 months and doesn’t have a fight schedule. If Jermall is going to eventually fight Benavidez and Canelo, he’s got to be busier to give himself a fighting chance of success.

Since 2020, Jermall has fought just once a year against beatable opposition. Ideally, Charlo should be fighting at least two to three times a year to take advantage of the time he has left in his career.

“I did seven years with De La Hoya, and then I started waking up and realizing who was best for me and what I needed in my life. It sure wasn’t his mother f*** a$$,” said Jermell Charlo to ESNEWS. “Mother f*** didn’t give a f*** about a fighter like me.

Read:  Jermall Charlo on Dmitry Bivol: "I'm bigger than him"

“Getting rid of all the fighters, leasing some, and keeping some. The mother f**** could have thrown us in there. You wouldn’t even have a whole Canelo talk right now.

“He fought in Houston, Austin, Kirkland, and fought Alfonso Gomez. That was me at the time calling his a** out.  We was in the same weight.

“I was ranked #3, he was ranked #1, and Mayweather was the champion. I think Miguel Cotto was #2, and we was all right there. I think it was Cotto first and then Canelo.

“Yeah, but what if I get the belt and all four belts,” said Jermell. “Canelo is already undisputed. I gain a little weight, and we meet somewhere in the middle. What the f****. Let’s make something big come out of this s***.

“I’m not worried about Canelo. Canelo, Canelo, Canelo. I’ll let my brother handle that. That’s my brother’s business. Whenever my brother wants to step in there and fight him, whenever he can, he’s going to do it, I promise you.

“Ain’t no mother f*** worried about nobody. He [Jermall] can get in there and fight the other mother f**** that they’re talking about. The Benavidez kid. They’re going to fight.

“What are we going to do, avoid each other? We’re under the same management and the same promotional companies. Ain’t nobody going to avoid somebody? Do you know what I’m saying?

“Get your a$$ in there, God dammit. Taste that hot water. You can’t be afraid of that,” said Jermell. 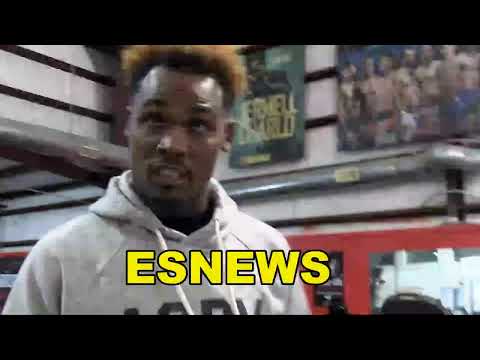