Is the Tyson Fury-Anthony Joshua fight now dead in the water? It sure looks like it, for this year anyway. So what next for both men? Fury may or may not face huge underdog Manuel Charr in December, while Joshua has a number of potential options. One man who has made it clear he is more than willing to fight Joshua in December is Joe Joyce, and Joyce says the fight would be “easy to make.”

Joyce took to social media over the weekend, saying his services will be available for December 17 – this the date Joshua was asking for for the Fury fight (with Fury digging in and saying it had to be December 3). 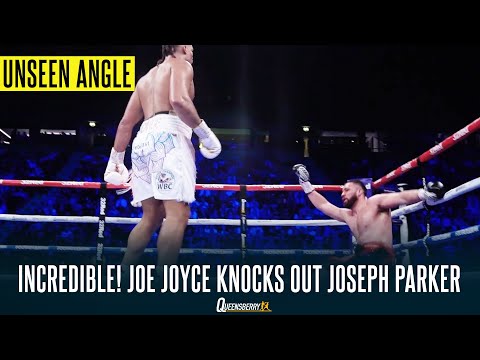 “If Fury and AJ aren’t fighting then I’ll step in. December 3 is tight for me @Tyson_Fury, but @EddieHearn you can give your new best mate @frankwarren_tv a call and I’ll take the 17th slot with AJ. Easy fight to make!” Joyce wrote.

While it seems no fight is easy to make in the sport of boxing these days, Joshua-Joyce does seem like a natural replacement for Fury-Joshua. Joyce wants it, so why not? It’s now up to Joshua. But is this fight too big a risk for AJ, a man who is coming off two straight defeats? Joyce is the interim WBO heavyweight champ of course, but will Joshua look at this fight as one that makes sense for him? But if not, then who will Joshua fight next?

We may find out more tomorrow Monday – and who knows, maybe we will all get a mighty surprise, with the Fury-Joshua fight back on! Don’t hold your breath, but nothing can be assumed right now. If Fury doesn’t fight Joshua or Charr in December, who might the WBC heavyweight champ – who has seemingly called out just about everyone these past few days – face? Andy Ruiz’ name has been mentioned by Fury’s dad, so that’s another possibility to add to the list (with AJ, Derek Chisora, Thor, even two guys on the same night having been spoken about by Fury).

There are a number of potentially great heavyweight fights that can currently be made, so let’s hope we get to see some of them made.

We fans would settle for seeing two or three of these fights.