Jaime Munguia (37-0, 30 KOs) put in a satisfactory performance in pounding away at will against the light-hitting former world middleweight title challenger Kamil Szeremeta (21-2, 5 KOs) to score a sixth round stoppage on Saturday night at the Don Haskin Center in El Paso, Texas.

The one-sided was waived off after the sixth round when the 31-year-old replacement opponent Szeremeta called it quits. 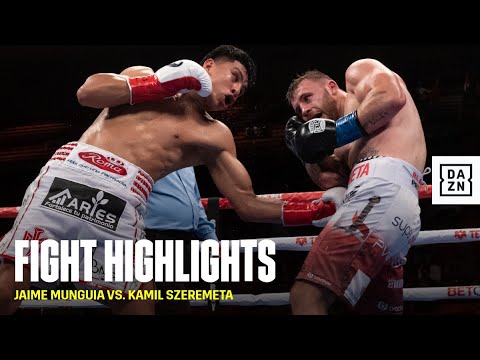 Unfortunately, it was such a hopelessly one-sided fight that it perhaps should have been halted after the fourth, given the lack of offense from Szeremeta.

He wasn’t throwing much of anything back at the 24-year-old Munguia, and it made the fight hard to watch.

It was frankly disturbing to see Szeremeta soak up so much punishment without answering back. Even when Szeremeta was throwing punches, he had nothing on them. They were slow, weak, and did nothing to slow down Munguia.

By the fifth, it was looking dire for Szeremeta because he took some huge uppercuts during the round that snapped his.

It was great that Szeremeta was able to take the punches, but it was troubling to watch him take a beating without answering back.

This fight, if you want to call it that, could be described as a massacre. In every department, Szeremete was ill-equipped to deal with what Munguia was bringing

After the contest was over, Munguia made it know that he wants to fight Gabriel Rosado next.

Also, Munguia would be open to fighting for a world title against IBF middleweight champion Gennadiy Golovkin. But if that title shot isn’t forthcoming, a fight with Rosado is one that Munguia would like. 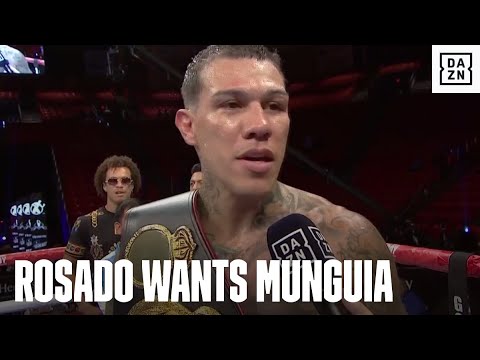 Rosado, 35, was dropped hard in round one from a powerful body shot from Melikuziev. The experienced Rosado stayed down to the count of eight to recover partially from the body shot before getting up.

The round ended just as Rosado got back to his feet, which was a good thing for him. Had Melikuziev been given a chance to try and finish the job in the first round, he likely would have.

After making it through a punishing second round, Rosado timed the 25-year-old Melikuziev, hitting him with a right hand to the head at the same time that he was throwing a left to the body. Rosado’s got there first, sending ‘Bek Bully’ to the canvas face first.

There would be no coming back from that knockdown, however. The Uzbek fighter Melikuziev never saw it coming and couldn’t brace for it.

Rosado said after the fight that he wants Jaime Munguia next, which is surprising because Gabe was beaten by Daniel Jacobs in his previous contest by a controversial 12 round decision.

Nevertheless, Rosado is targeting Munguia next. For that fight to happen, Rosado will need to meltdown to 160 because Munguia fights at middleweight, and he’ll be the A-side. 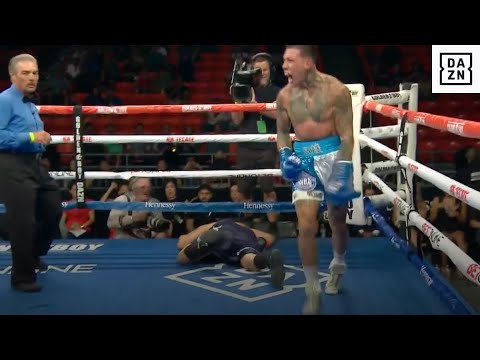 Other results on tonight’s Munguia vs. Szeremeta card: