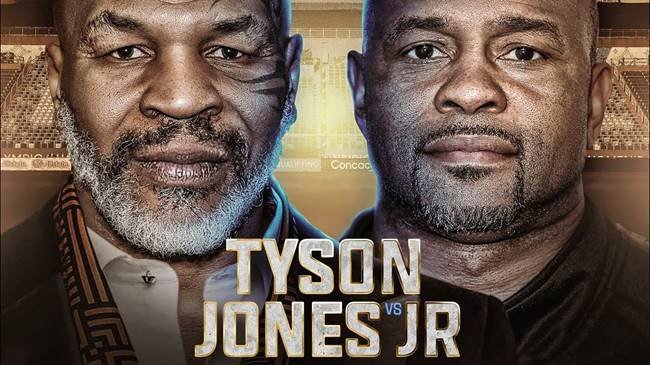 34 Years Ago Today He Won The WBC Heavyweight Title; This Saturday Mike Tyson Will Fight Again

We knew Mike Tyson would go on to achieve a whole lot more, that he would perhaps dominate the heavyweight division for some time. We knew the Tyson story would be a hugely eventful one. We all knew we would never miss a Tyson fight. We knew all this and more as soon as the 20 year old superstar-in-the-making had wiped out Trevor Berbick in less than two rounds to take the WBC heavyweight title

Tyson of course made history on the evening of November 22, 1986, becoming the youngest heavyweight champion ever. It would have been absolutely unthinkable back then – back when Ronald Reagan was US President, when Michael Jackson was the biggest musical star on the planet, when the world recoiled at the horrors of The Chernobyl and Challenger disasters – for Tyson to still be fighting in 2020, when aged 54.

Yet as we all know, with plenty of us getting excited over the fact, Tyson will fight this Saturday night, when he will box what is arguably the single most heavily hyped exhibition in modern day boxing history. It’s not a “real fight,” it’s an exhibition with two-minute rounds. Yet as has been pointed out, by Freddie Roach among others, Tyson doesn’t know what an exhibition fight is. It’s a fight, it’s a Tyson fight, and as such we are bracing ourselves for, well, who knows what.

Rewind to 1986, and Tyson was a genuine force of nature. An unstoppable one. Berbick, so defiant, so disrespectful of Tyson, was made to pay in short order. Who can forget the way Berbick, his senses obliterated, fell, and fell, and fell, and then fell again (into referee Mills Lane’s arms) in that astonishing second round? Tyson had hit Berbick with thunderous punches, expertly placed and so fast we needed slo-mo replays to see them properly.

Tyson looked set for sheer dominance. And a whole lot more thrilling KO wins. We got a whole lot more than that. Tyson duly unified the heavyweight titles, he then peaked with a crushing one-round win over Michael Spinks in 1988. And then it was pretty much all downhill. Two further wins followed the Spinks win, before Tyson was beaten and beaten up in Japan, never to be the same again.

Tyson’s story had become a horror story by 1997, his unhinged actions in the ring (the “Bite Fight,” trying to break Frans Botha’s arm, belting a British referee as he tried to get to his beaten opponent, Lou Savarese) and out of it (the infamous Lennox Lewis presser, ultra-uncomfortable, X-rated interviews) commanding the headlines. Today, Tyson seems to be in a good place; mentally as well as physically.

It is Roy Jones we should be worried about. Might Tyson do a similar job on Jones as he did on Berbick? Plenty of fans will be buying the Pay-Per-View this Saturday night in the hope that, yes, the old Tyson will be back. Fans really do hope Tyson will be able to take them back in time, if for just a short while, to when they themselves were as young as Tyson was back when he really was the most exciting and destructive heavyweight on the planet.