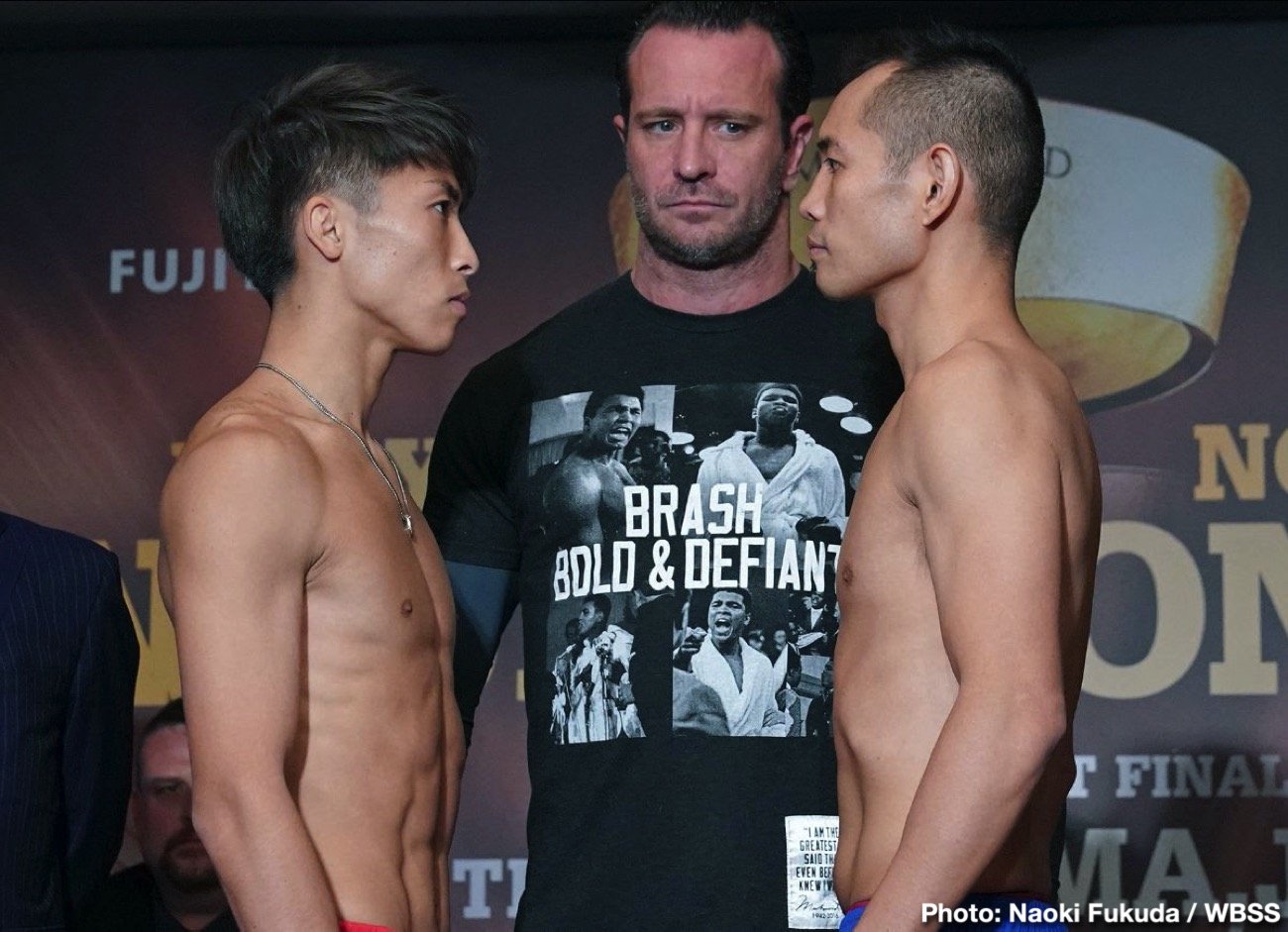 Naoya Inoue and Nonito Donaire both made weight ahead of tomorrow’s WBSS Bantamweight Ali Trophy final at the Saitama Super Arena in Saitama, Japan.

It’s the Japanese ‘Monster’ and the ‘Filipino Flash’ questing for the Greatest Prize in Boxing, the next man to enter the exclusive club of Ali Trophy winners.

“Official weigh-in is over and the only thing we can do is to get ready for fight night,” said Inoue after the weigh-in. “We are going to show the greatest fight ever. A victory will be a very satisfying moment for me and it will be a very big step for a bright future.”

“It’s one of the top moments of my career and I get to fight in Japan. I’ve been here so many times and I love the place. The fans are incredible, the people are incredible.”

WHEN IS NAOYA INOUE VS. NONITO DONAIRE? 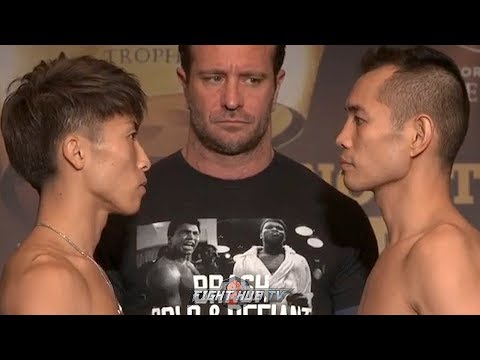 ‘Monster’ Naoya Inoue (18-0, 16 KOs) and Nonito ‘The Filipino Flash’ Donaire (40-5, 26 KOs) were both in confident moods at Monday’s medical check in Tokyo ahead of Thursday’s WBSS Bantamweight Ali Trophy final at the Saitama Super Arena in Saitama, Japan.

The final is guaranteed to produce plenty of fireworks as both stars are looking sharp, healthy and fit three days ahead of their hotly-anticipated encounter for the ‘Greatest Prize in Boxing’.

“I have big respect for him, he looks ready, but that’s what we expect. I’m relaxed right now, but it doesn’t matter what we feel today, it’s what we do inside the ring on Thursday that counts.”

36-year-old Donaire is bigger and naturally more experienced than his 10 years younger opponent. Size will not be a factor, but his game plan and experience will explained the veteran.

Inoue is facing the most decorated opponent of his career.

“Nonito’s only advantage is his experience, he has been in many big fights,” said Inoue, talking through a surgical mask. “He is taller and his reach is longer, but that’s something we have prepared for.

“Training camp is over, now it’s time to recover and relax until fight night. The only thing I need to do is making myself 100 % and show everything that I have in the ring.”

Donaire: “Fighting a monster is a big motivation

The bantamweight finalists are both fearsome knockout artists who can stop their opponents, but Inoue’s total fight time of 5 minutes and 29 seconds in the World Boxing Super Series has turned him into the man of the hour.

“Fighting one of the world’s best boxers who have grown into a monster is a big motivation,” said Donaire, a multiple world champion in four weight classes.

Despite his impressive merits, strong performances in the WBSS and status as WBC Diamond and WBA ‘Super’ Champion, ‘The Filipino Flash’ does not enter the ‘Drama in Saitama’ as a favourite against the IBF World and WBA ‘Regular’ champ. But he strongly believes in delivering a result that will reverberate around the world.

“I’m just very excited,” said the 36-year-old. “I don’t see myself with any disadvantages going into the final.

“I will give everything I have to win and I believe I can do it. It has been predicted that the keys to the fight are speed and power and the one who makes a mistake first will lose. On the other hand, we both have boxing brains, so it can be a long game like chess.”

Japan’s ‘Monster’ Naoya Inoue (18-0, 16 KOs) and legendary Filipino-American Nonito ‘The Filipino Flash’ Donaire (40-5, 26 KOs) met on Monday in Tokyo ahead of their showdown for the 118lb Ali Trophy at the Saitama Super Arena in Saitama, Japan on November 7.

“I recognize how important the WBSS final is to my career,” said 26-year-old Inoue, WBA ‘Regular’ and IBF World Bantamweight titlist. “And how important it will be for my career going forward. I am very aware there are high expectations of me from everyone.

“This fight is against Inoue who is one of the best fighters in the world,” said Donaire 36-year-old, WBC Diamond and WBA ‘Super’ World Bantamweight Champion. “To see where my career has been and what people have said about where I am and coming back to the division it inspires me, it motivates me, but most of all it excites me. This is where I wanna be.”

“It is going to be amazing to see the Ali Trophy be lifted by one of these sensational athletes,” adds Kalle Sauerland, Chief Boxing Officer of Comosa, the organiser of the World Boxing Super Series.

“On November 7 at the Saitama Super Arena, one of the largest indoor arenas in the world, it is the defining moment for the ‘Monster’ and ‘The Filipino Flash’. It is going to be a drama: The Drama in Saitama!”

The road to Saitama and the concluding bout in the bantamweight edition of Season II of the World Boxing Super Series:

Tournament No. 2 seed Inoue knocked out Juan Carlos Payano 70 seconds into their quarter-final and then stopped Emmanuel Rodriguez in round two of the semi as he blasted his way to the final contest for the coveted Ali Trophy.

Unseeded Donaire defeated No. 1 seed, Ryan Burnett, as he suffered a lower back injury and had to withdraw from their quarter-final, and then knocked out replacement Stephon Young in round five after Zolani Tete was ruled out of their semi due to a shoulder injury. 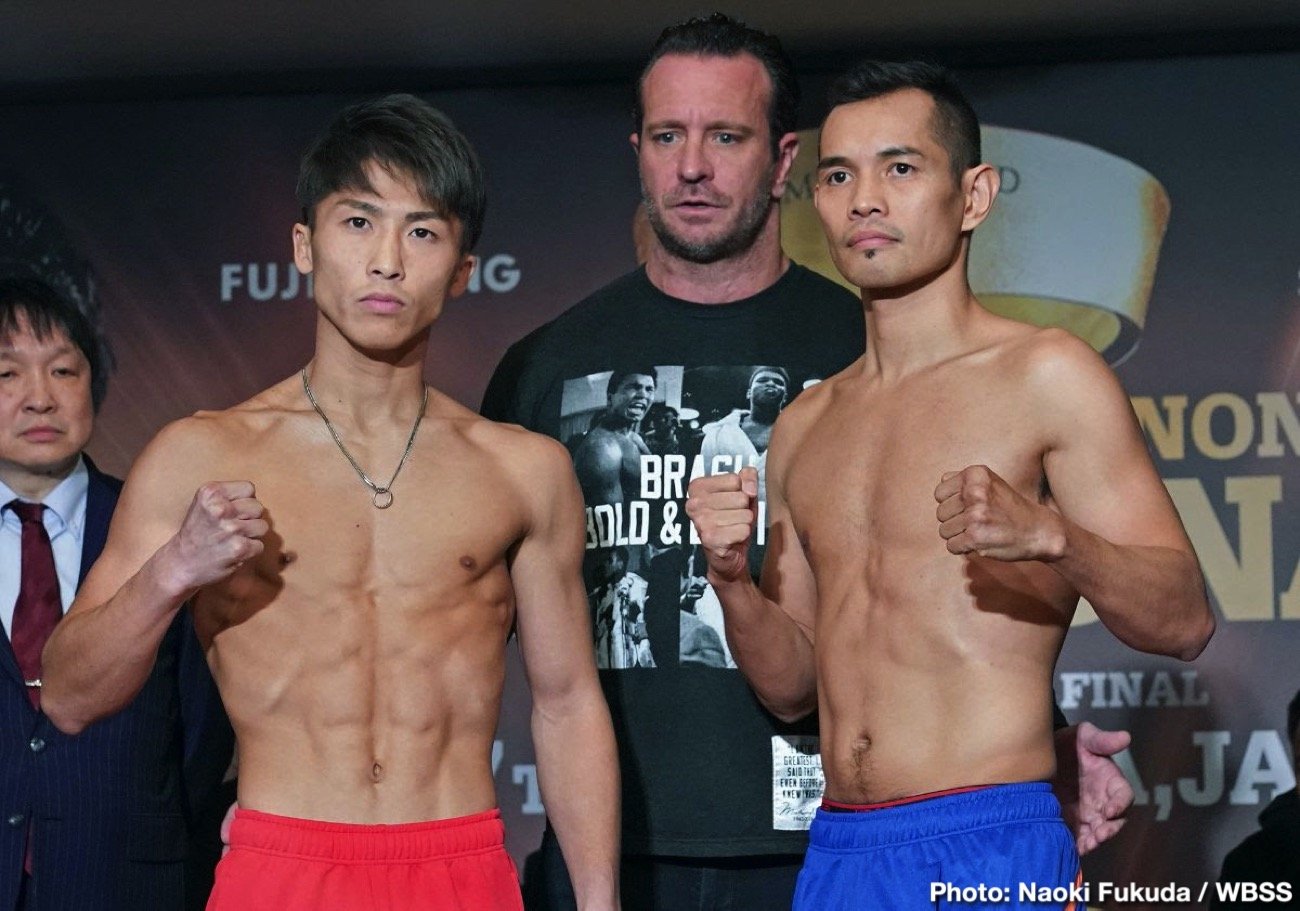 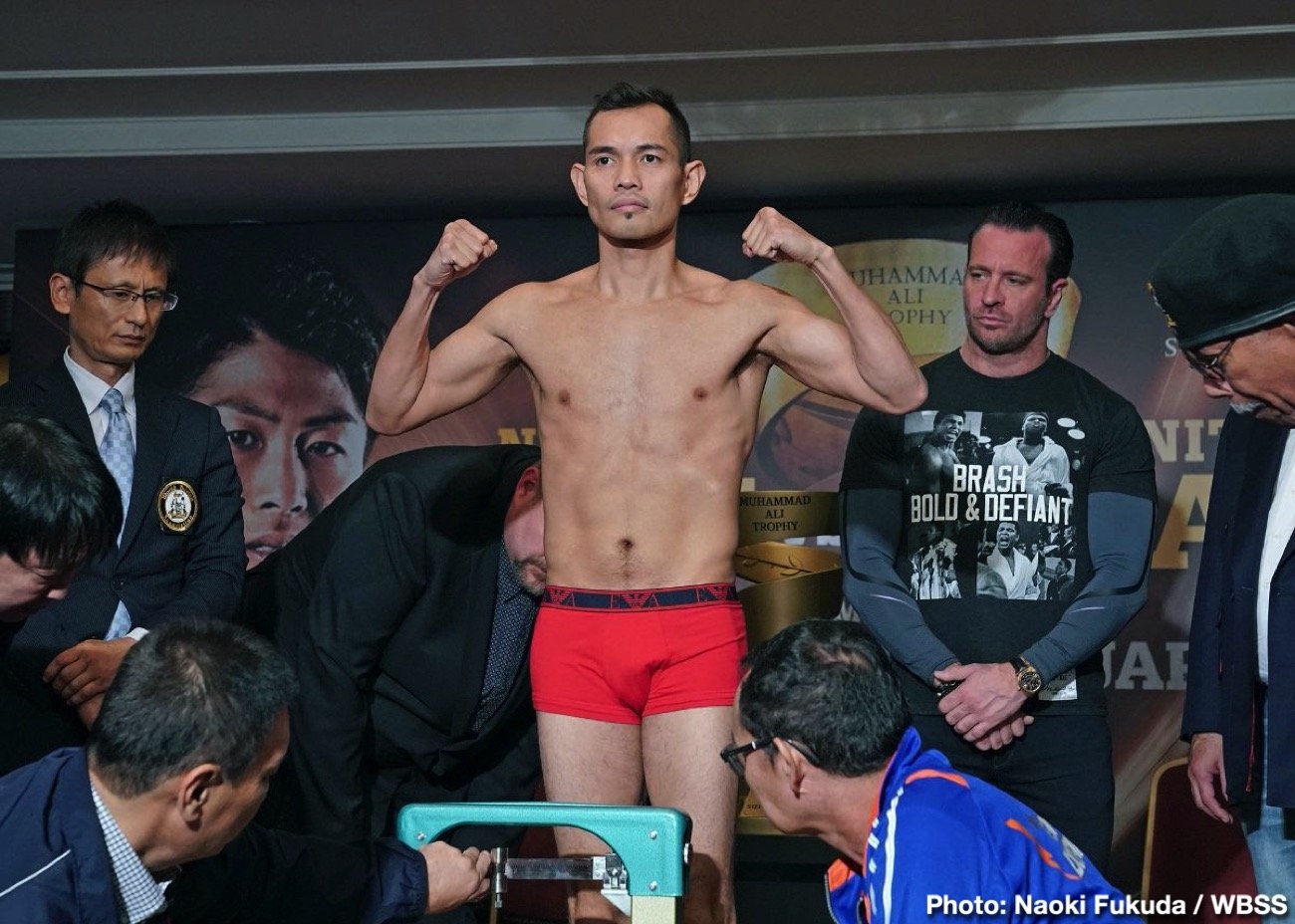 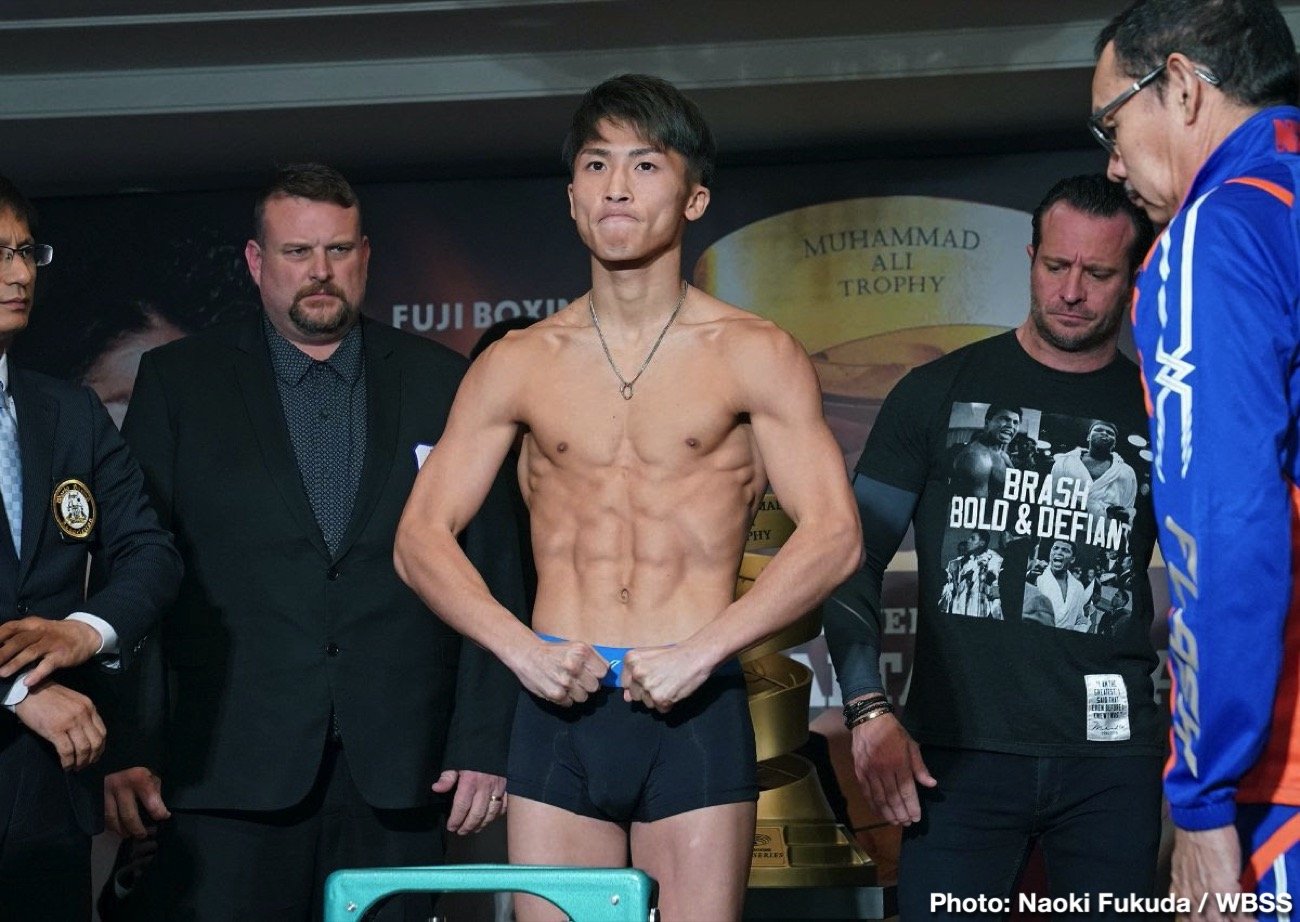 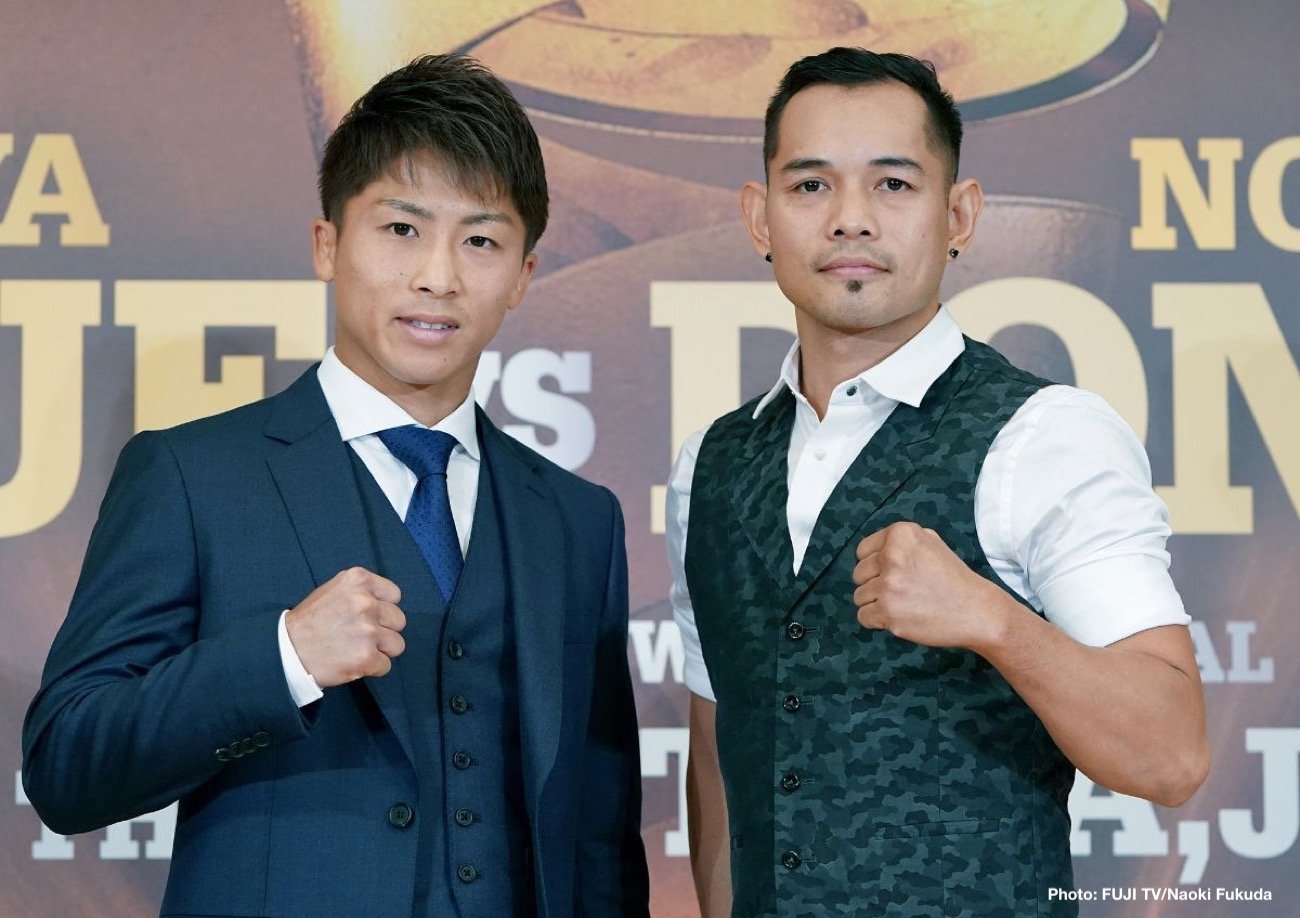 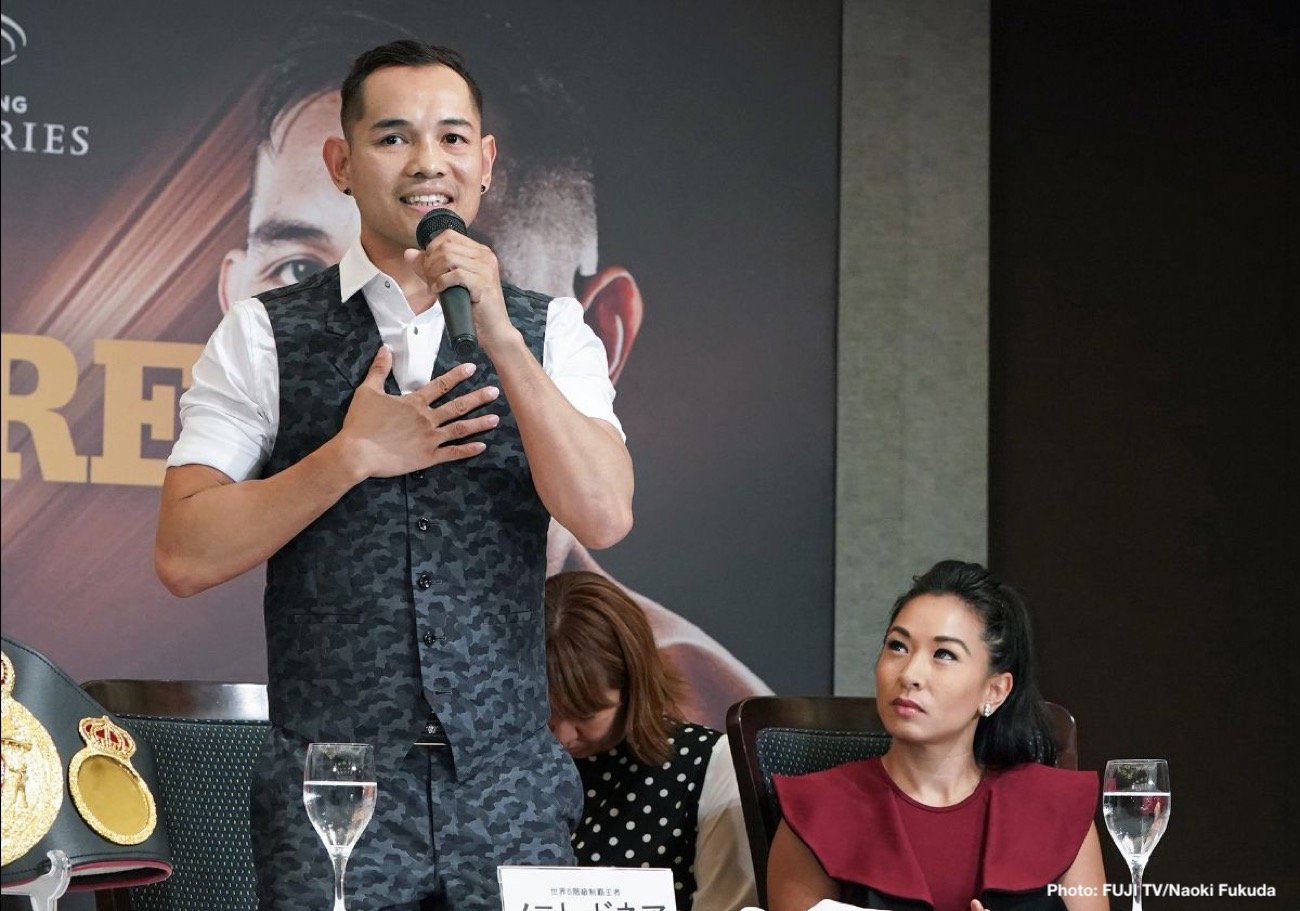 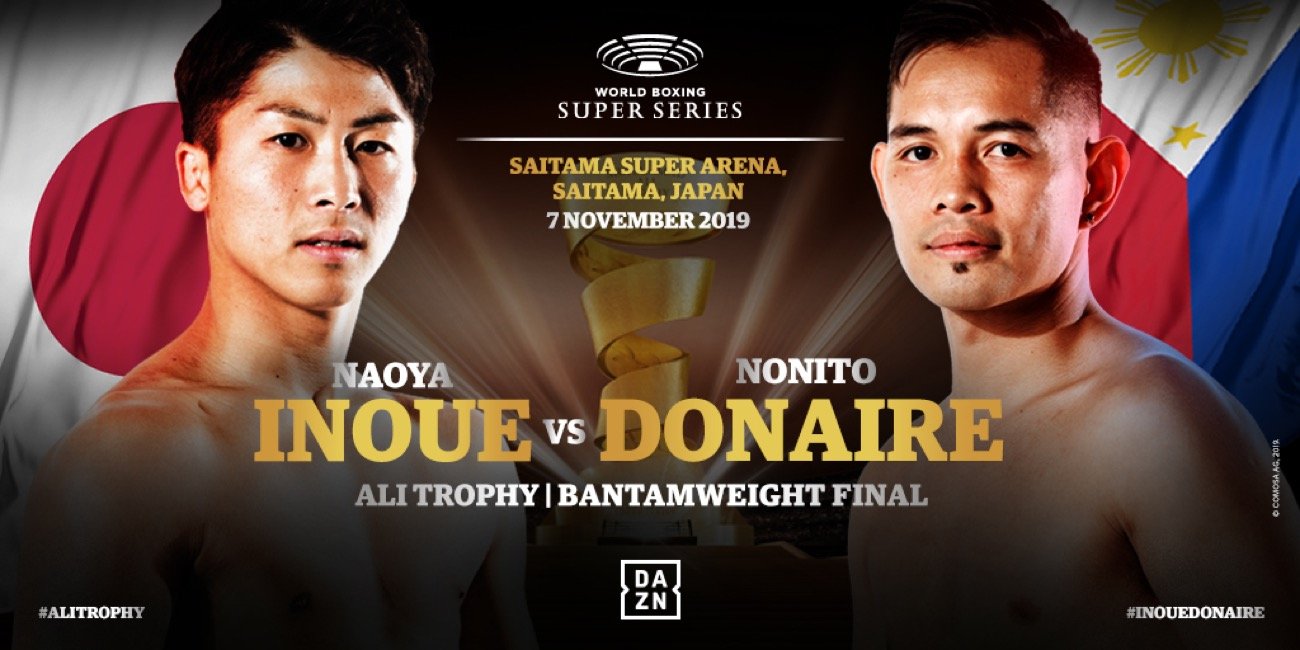