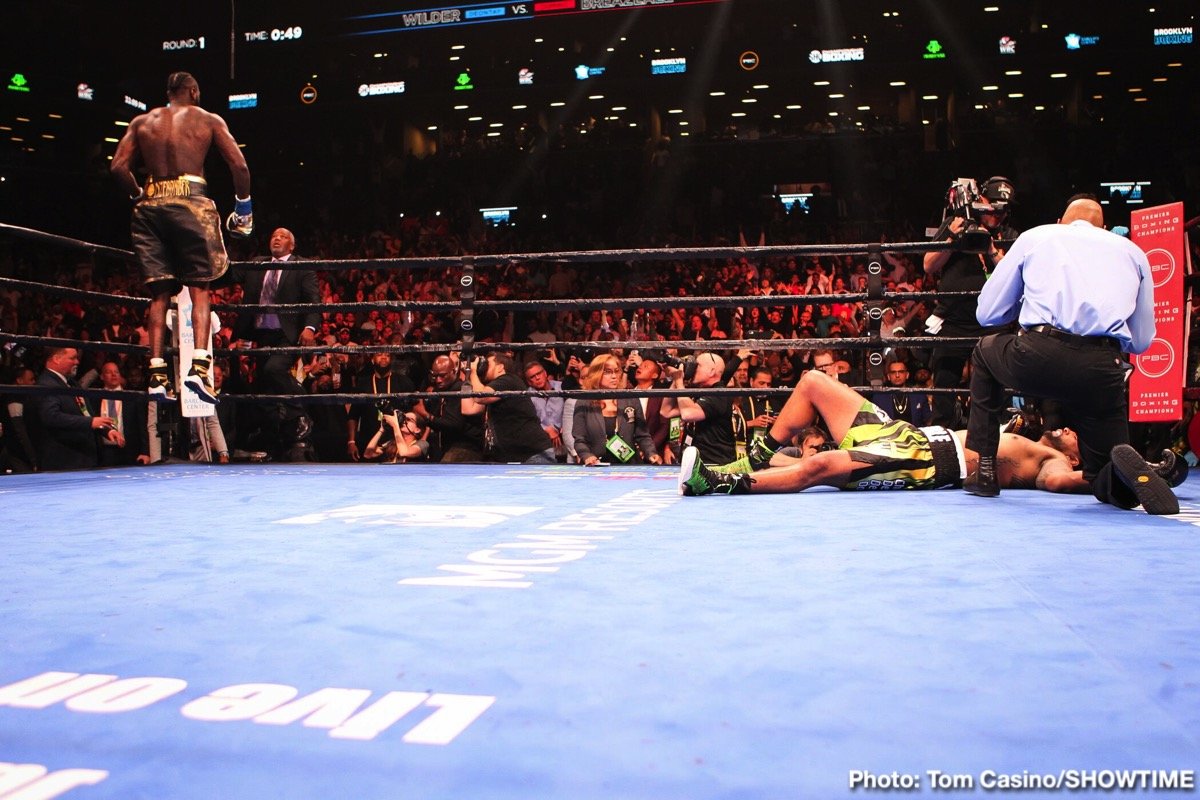 A bold headline? An indulgent headline? Even an arrogant headline? Maybe. But if Deontay Wilder does not fight Anthony Joshua next, the way we’d all like him to, then who could it be who undertakes the assignment of next stepping betwwen the ropes for the purposes of challenging the destructive WBC heavyweight ruler? It doesn’t seem at all likely it will be Tyson Fury in a return fight – this fight arguably second in the most fan-demanded stakes – as Fury has his own June and September agenda on ESPN all planned out

There is a possibility that the Wilder-Joshua mega fight will actually happen this year, in December; but fans are far from prepared to hold their collective breath. Wilder has again assured us this fight WILL take place, but next year seems more likely, if not 2021. Depressing, sure, but it’s simply the way of the sport these days that the super fights the fans really want to see take way longer to make. Hey, watcha gonna do!

So in the meantime; the violence-craving, at times hot-headed Wilder needs to keep active, he needs action. But who can give him it? Dominic Breazeale was expected by some to stick around for a while and give Wilder some issues (some so-called experts were even picking Breazeale to pull off the upset win); instead he was, as Wilder had predicted, blown out.

The name Luis Ortiz is currently being spoken of when it comes to who Wilder might flatten, sorry, fight next. Ortiz was there asking for the fight, the rematch, on Saturday night. As good as the first fight between these two actually was, a sequel would not exactly anger a fight fan; even if it’s not the fight we all want (need).

Unless we get the pleasantly shocking news that A: the Wilder-Joshua fight has been signed and sealed, or B: a Wilder-Fury II has been made, chances are big ole Cuban Ortiz will be wheeled in for Wilder next. And as improved as Wilder has become and as slower and older as Ortiz has become since their March 2018 fight, the writing on the wall reads as follows: another short and painful night courtesy of “The Bronze Bomber.” Even Fury came out after Wilder’s destruction of Breazeale and stated that anyone who stands and trades with Wilder, goes toe-to-toe with him, will also be knocked out.

The way he’s going, and the way the heavyweight division is going, Deontay Wilder is in as much danger of losing as I am of winning the lottery. We’re both safe for the next six months at the very least.