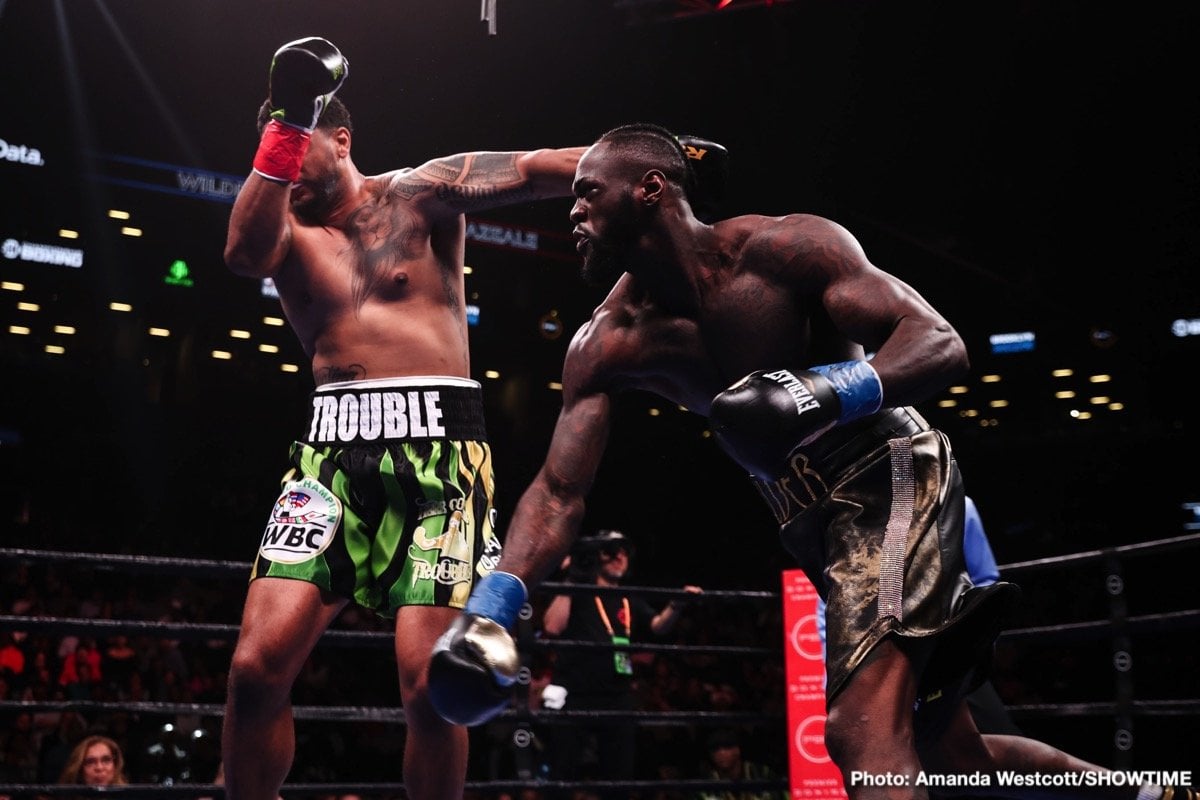 It is arguably the biggest ‘What If’ in heavyweight boxing history; certainly of the last fifty years or so: Lennox Lewis against Riddick Bowe. Two great fighters, each of them owning a legit claim to being the best big man on the planet at the time, the two men having a grudge as Lewis beat Bowe in the Olympics. Yet the two fighters never fought as pros and fans missed out on a possible epic, perhaps even a great trilogy of fights.

Now, with plenty of fight fans worried a blockbuster showdown between rival heavyweight champions Deontay Wilder and Anthony Joshua will go the same way as Lewis/Bowe, it has taken WBC champ Wilder to assure us all not to worry. The fight will happen, Wilder told Sky Sports not long after his brutal dispatch of mandatory challenger Dominic Breazeale.

“I don’t want this to be a Lennox and Bowe situation,” Wilder said. “The heavyweight division is on fire at the moment and it’s our obligation to make the fight happen for the fans. I think the next time the negotiations come around something will get done. I promise you that we will make it happen. It won’t be a Lennox Lewis and Riddick Bowe situation.”

As tempting as it is to believe Wilder, a fighting man who seems to genuinely want to fight Joshua, it has not proven so simple in the past and it’s highly unlikely it will be a simple job making this mega-fight this time round. How many talks have both sides already undertaken? If no deal was achieved then why should we feel (not just hope, but feel) the fight will get done this time?

In fact, Eddie Hearn has already said he has heard Wilder will in fact face old foe Luis Ortiz next. If this proves to be the case, with the two squaring off in a rematch around September time, no way does a Wilder/Joshua fight get done here in 2019. And what if the ageing yet still somewhat dangerous Ortiz managed to pull off the upset and beat Wilder? Heaven forbid.

All along, back in 1992 right up until 1996, before Bowe was badly beaten up in those two winning fights with “Foul Pole” Andrew Golota, fans and experts kept stating as a fact how Bowe and Lewis would fight, that the massive money the fight would generate would make the two sides see sense as well as cents. Yet what happened? Nothing. Nada. We lost out.

History may well repeat itself. Of course we hope not, but massive money fights don’t always come to fruition.