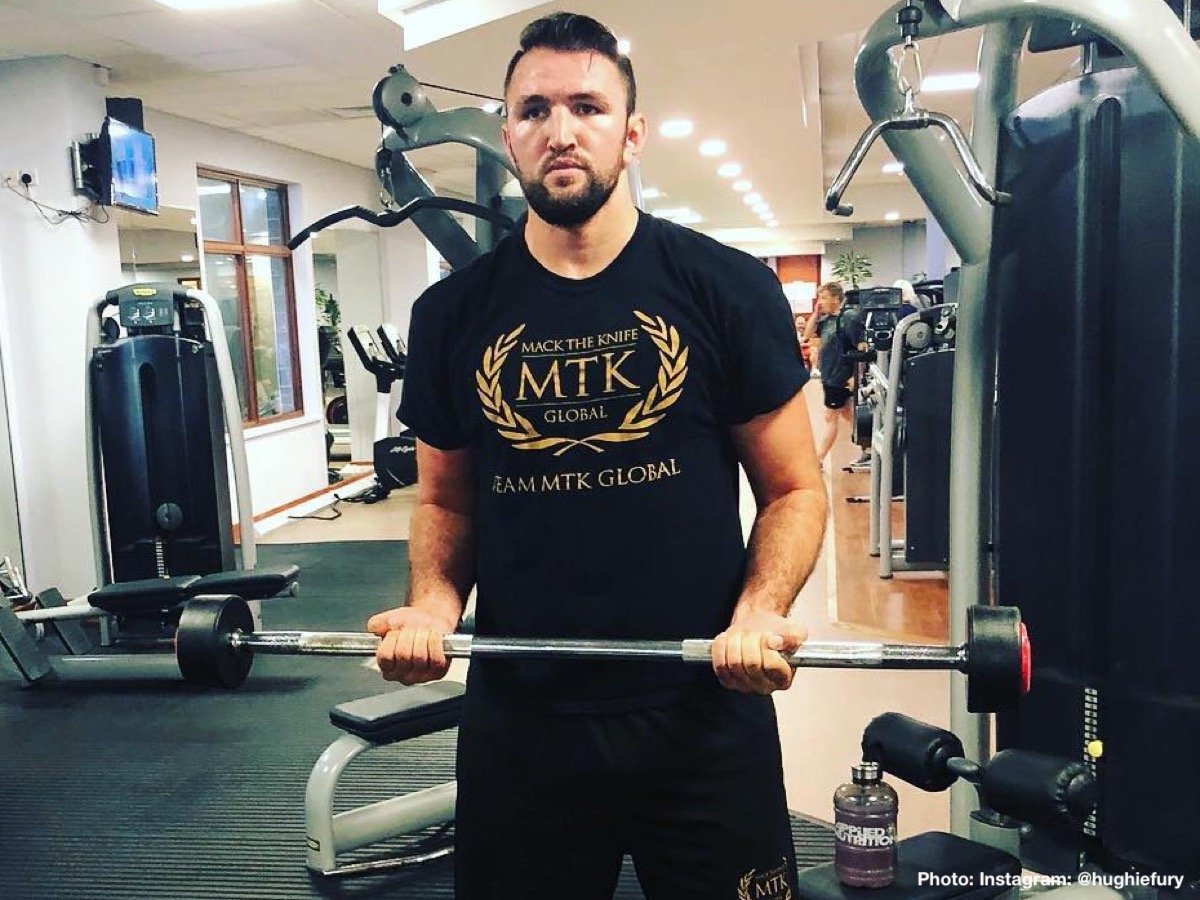 Hughie Fury is ultra-confident and, according to his father and trainer Peter, “as ready as possible” going into next Saturday night’s fight with fellow heavyweight contender Kubrat Pulev. Having taken the fight – an assignment in Pulev’s homeland of Bulgaria, the bout being an IBF final eliminator – the once-beaten Fury deserves much credit. Unbeaten New Yorker Jarrell Miller passed on the fight the cousin of lineal heavyweight champ Tyson Fury will now have on October 27th.

Fury is not only confident he can and will defeat Pulev (also once-beaten; the Bulgarian Cobra’s loss coming at the hands of then-heavyweight king Wladimir Klitschko in 2014), he is also talking Joshua – as in Anthony Joshua. Fury, still only 24 years of age and perhaps now entering his prime years, says he wants a shot at AJ after he has beaten 37 year old Pulev.

So, if Fury does get past Pulev (in this, the second biggest fight of his career; the other being his points loss to defending WBO champ Joseph Parker last year), is he worthy of a crack at the British superstar who currently holds the IBF/WBA and WBO belts? In regards to the IBF belt Joshua holds, then yes, Fury would be deserving of a shot at it if he beats Pulev. But from a fan standpoint: is this a fight you want to see? Of course the big one we ALL wants is Joshua against either Deontay Wilder or, should he cause the upset on December 1, Tyson Fury.

But those troubled negotiations may never get any smoother and the two rival champions – be it AJ and Wilder or AJ and Fury – might never actually fight. In terms of Joshua’s next fight, pencilled in for April, wouldn’t Fury, if he is victorious over the 25-1(13) Pulev, make a better, more interesting challenger than Dillian Whyte, who AJ has of course already knocked out? Do we really need to see the December 2015 fight recycled? It was a good fight, sure, but it didn’t then, and it doesn’t now scream rematch.

Then again, Whyte, who has been active and who has beaten two potentially dangerous foes in elimination bouts of his own, does deserve a world title shot. This shot may come against the Wilder-Fury winner, who knows? But getting back to Fury: if he gets past Pulev, is he hot enough, is he marketable enough, is he exciting enough to be Joshua’s next challenger? Would the fans pay good money to see this fight?

Of course AJ is a star and as such fans will pay to see him pretty much fight anyone. There are a few names out there who are itching to rumble with Joshua next April – Hughie, Dillian and the aforementioned “Big Baby.” But which of these three makes the most interesting fight, or, if you like, which one presents Joshua with the toughest puzzle to solve?

Fury has to beat Pulev and he has to look good in doing so. Then, just maybe, he will land the big, big fight his cousin has been calling for for years. Hughie says he has seen “weaknesses” in Joshua and how he will exploit them if he is given the chance, and the fight. He could be just one win away from getting what he wants.