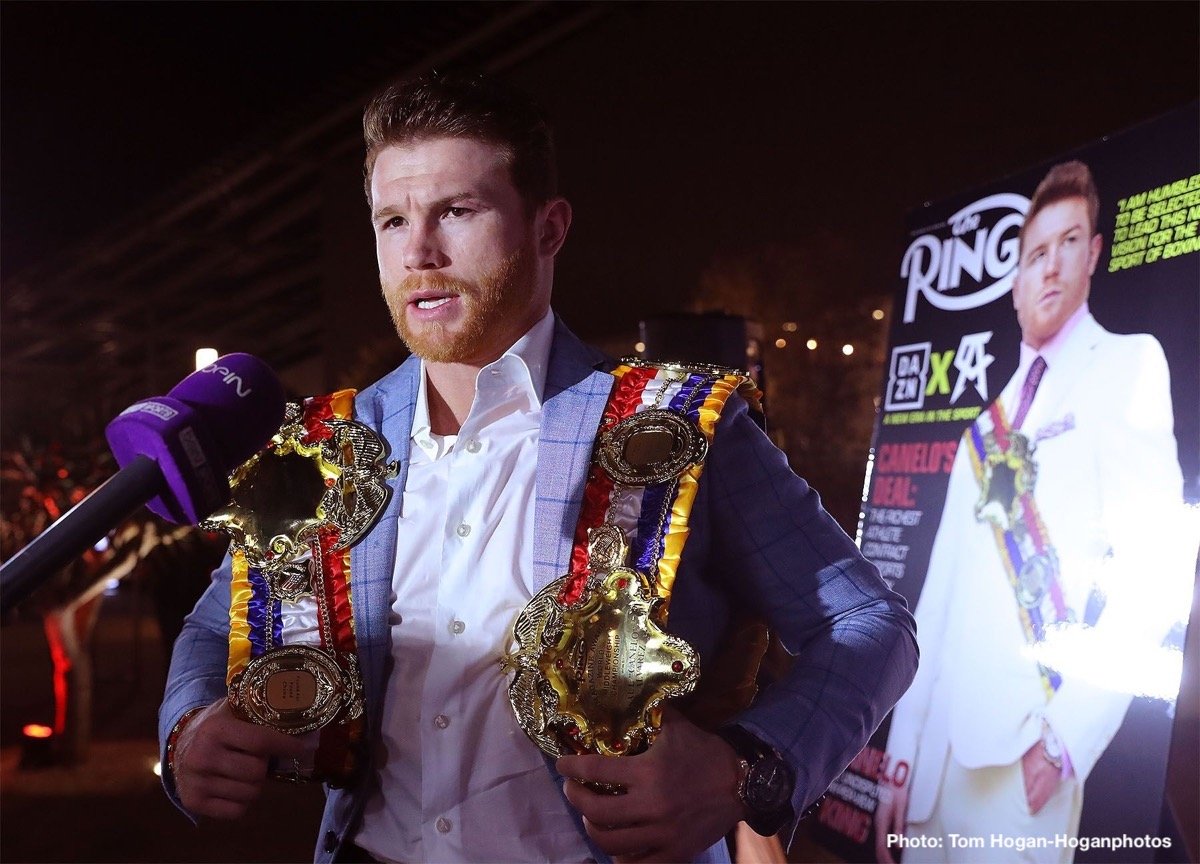 Canelo Alvarez faces, in the opinion of most fans and experts, a relatively “easy” and “straightforward” fight on December 15th, when he will, in his first fight for DAZN, move up to 168 pounds to challenge WBA belt-holder Rocky Fielding. It is up to the real-life Rocky to silence those people who feel he is a relative pushover for the Mexican star.

But there has already been some discussion on who Canelo’s next fight after December 15 might be, and Canelo faces, potentially, a far tougher assignment in what will be his second appearance on DAZN. According to a news piece on RingTV.com, Canelo could face Danny Jacobs on May 4.

According to “a source” that spoke with Ring, if Jacobs beats Sergey Derevyanchenko on October 27 in New York (a fight that will contest the vacant IBF middleweight belt – the title that was stripped from Gennady Golovkin) talks are expected to then take place between Eddie Hearn, who co-promotes Jacobs, and Golden Boy. Jacobs, who pushed GGG hard in dropping a very close decision back in March of last year, has been asking for a fight with Canelo for some time.

Of course, the hungry and determined Derevyanchenko, 12-0(10) is no gimme for “The Miracle Man,” far from it. But if Jacobs can come through in a couple of weeks he could land that massive fight with the world middleweight king next May. But will Canelo actually drop back down to 160 after he beats Fielding (again, if he indeed does so)? Canelo himself has said that he doesn’t even know himself, that he is unsure how his body will feel up at 168. There is a good chance, it seems, that if Canelo looks and feels great as a 168 pounder, and does a number on Fielding, he will opt to stay put at super-middleweight.

If so, what then – might Canelo still fight Jacobs, but at 168? Or might Canelo agree to face Jacobs in a catch-weight non-title fight? It’s all speculation right now but Jacobs is certainly in the frame as far as who Canelo’s first opponent of next year might be. Can Jacobs, 34-2(29) give Canelo as tough a time as he gave Triple-G?