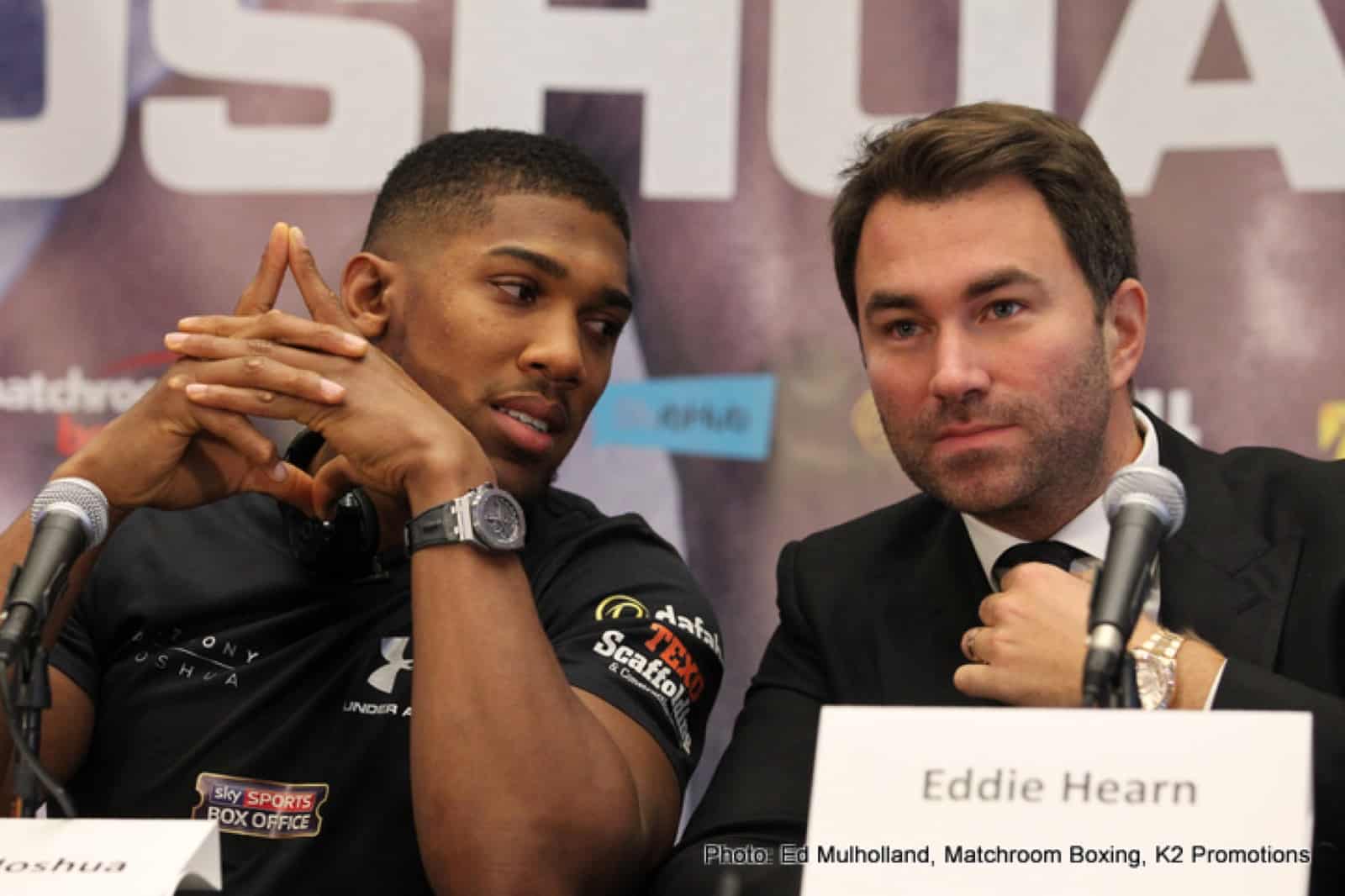 Anthony Joshua will soon reveal his latest trainer. Having split with long-time coach Rob McCracken some time after his first loss to Oleksandr Usyk, Joshua then hooked up with Robert Garcia. AJ fought a better fight in the Usyk return, yet he lost again and he soon made the decision to part ways with Garcia. Now, ahead of his latest comeback – set for April 1 in London, the rumour-mill saying unbeaten Australian southpaw Demsey McKean will be the guy in the opposite corner – Joshua is set to announce yet another new trainer.

Eddie Hearn, speaking on the DAZN Boxing Show, said he knows who the new trainer is, yet he added how he wants to let Joshua make the official announcement himself.

“I know who the new trainer is, it’s quite a personal thing really,” Hearn said. “I always like AJ and any fighter to come out and announce that with his team. He is going to train in America and he’ll start that camp in the next week, so you guys will get the news soon.”

But, boxing being boxing, the internet being the internet, there is already plenty of speculation from those people who cannot wait for Joshua to make the announcement. There are two or three names that have been mentioned as far as who Joshua’s new trainer might be, with a number of boxing web sites putting forth their take on who the new guy will be.

With Hearn saying it’s “it’s quite a personal thing,” some fans might think AJ will be working with a person he knows well, who he is friendly with. Or maybe I’m reading too much into Hearn’s words.

The names that are being put forth as far as the new trainer seem to be: Roy Jones, Virgil Hunter and Derrick James. Jones did speak on the subject of possibly becoming AJ’s new trainer a while ago, so if it is Jones, it won’t come as too big a shock. Hunter is said to have been one of the top US trainers Joshua paid a visit to back when he was travelling around gyms in America, eventually choosing to work with Garcia. So Hunter would not be a big surprise himself, and we all know how Hunter is more than capable for the job.

But according to NoSmokeBoxing, the man who has got the job is Derrick James. James – who trains, amongst others, Errol Spence and Jermell Charlo, this at his gym in Dallas, Texas – is the man AJ has chosen according to the site. We will have to wait to hear it from Joshua’s own mouth before we know for sure, but the sources used by NoSmokeBoxing have proven to be very reliable.

James has been voted by ESPN Ringside Social Awards as The 2022 Trainer of the Year. Might we soon be seeing whether or not James can work his magic with a former two-time heavyweight champ?