Eddie Hearn has another fight on his mind, quite obviously, yet the heavyweight division’s future is always on the promoter’s mind, and Hearn has been asked what the future will hold for his star fighter Anthony Joshua, whether he wins or loses his massive rematch with Oleksandr Usyk tomorrow night. Hearn, who insists AJ “can stop him, if he hurts him; and he’s one of the best finishers in the sport,” has mentioned Deontay Wilder’s name as a possible future foe for AJ.

And as plenty of people have said, even if Joshua does lose to Usyk again, a fight between he and Wilder would be huge, and most welcome by the fans. Wilder’s return is now set, for October 15 against Robert Helenius, but Hearn says he has serious doubts Wilder’s comeback will reach beyond this fight.

Speaking with IFL TV, Hearn said he thinks Helenius may well defeat Wilder when they clash in New York.

“It’s great to have him back in the division, I mean, Robert Helenius is a good fighter, he’s on a good run,” Hearn said when asked his thoughts on Wilder’s return. “Chisora beat Helenius, didn’t get the decision, he’s been beat by Dillian Whyte as well; he’s had a couple of good wins since, [over] Kownacki since. I actually think he may get beat against Helenius, in all honesty. I think it’s quite a tough fight, it’s a good fight. But I think he might get beat in that fight.”

People other than Hearn have said Helenius, who is tall, powerful, and experienced, is all wrong for Wilder in his first fight back in a full year. Maybe. And of course the big question is, how much did those three punishing wars with Tyson Fury take out of Wilder? How will Wilder’s chin serve him if Helenius, who can punch, having 20 KO’s from his 31 wins, lands something big? Certainly, Wilder could have picked a far easier opponent for his ring return.

It would be a shame if Wilder was beaten in his first comeback fight, this likely forever putting an end to any showdown with Joshua, and any other big fight involving Wilder. Wilder will always have that crippling punching power, but at age 37 later this year, how much has he got left inside? Helenius is no spring chicken himself at age 38, yet he has taken less punishment and has less wear and tear on his body than Wilder has.

Wilder may well make fools out of anyone who picks against him in the October 15th fight, this by wiping Helenius out with one huge right hand to the head. But there are those who have their doubts and are worried for Wilder in this fight – Hearn included. 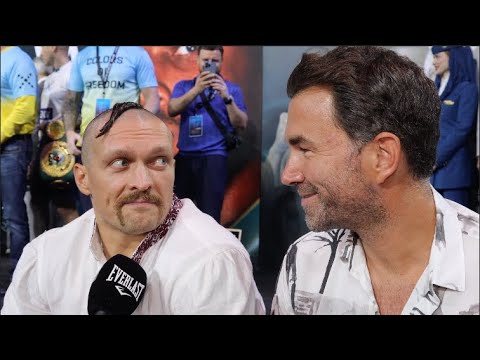