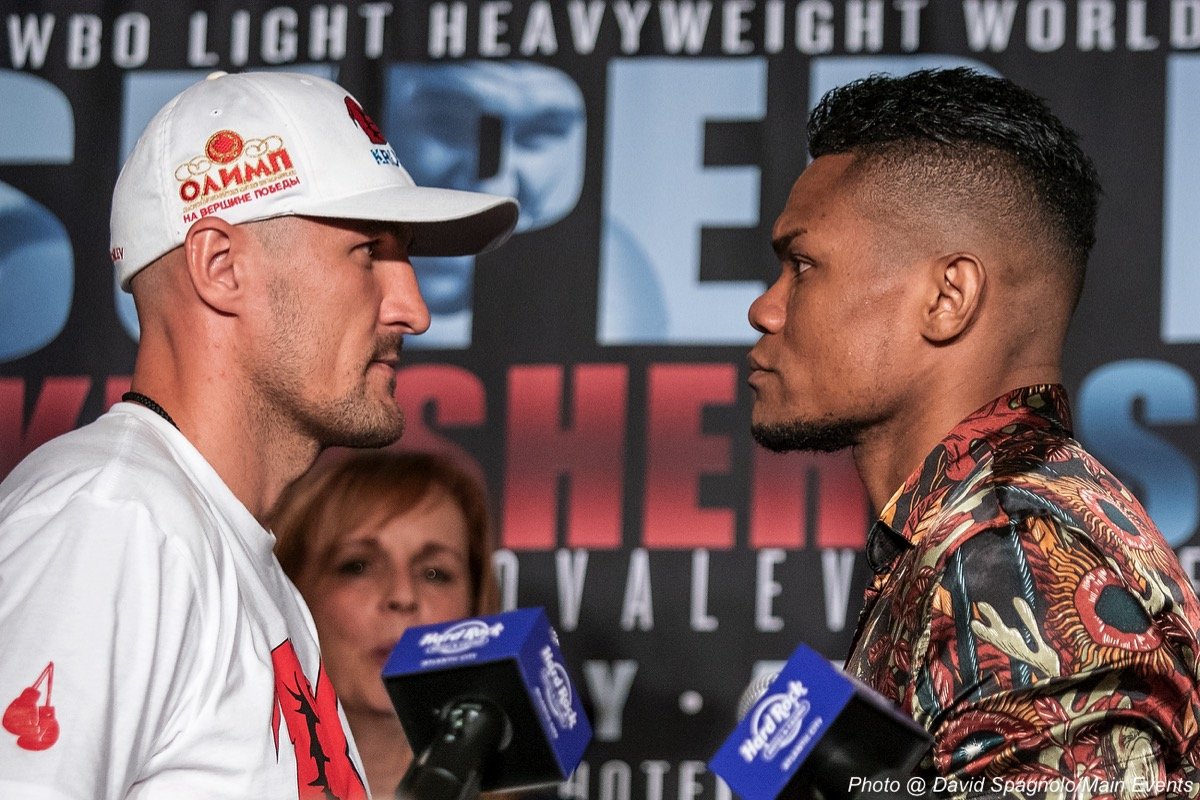 This Saturday night live on HBO, Sergey Kovalev and Eleider Alvarez lock horns in the main event. On paper the co-feature Dimtry Bivol versus Isaac Chilemba is a good measuring stick bout to see just how far along Bivol has come. The title of this article is an assumption based off logistics and a few presser interviews involving Main Events leader Katy Duva. It would make all the sense in the world to match the winners of HBO’s doubleheader for later this year or early 2019. With the current state of HBO boxing, let’s hope it happens somewhat soon or doesn’t randomly turn in to a pay per view.

When Dimtry Bivol busted on the scene back in late 2014 he immediately looked the part of a legit light heavyweight. A minor groundswell amongst hardcore fans grew fight after fight. That was the case until he met Felix Valera and to a lesser extent Yevgenii Makhteienko. Both men took him the 12 and 10 round distance, a positive in the grand scheme, however the fickle fans (or fanboys) on twitter were disappointed. Some made excuses while others jump off the bandwagon, his handlers decided to move him laterally. 5 knockouts later, fresh off an impressive late TKO over Sullivan Barrera, Bivol is still looking like a calculated killer.

Bivol’s opponent fits the description of a craft veteran and should allow us another peep in to Dimtry’s development. Isaac Chilemba made Sergey Kovalev appear mediocre for most of the bout using movement and basic fundamentals to contain ‘The Krusher’s’ offensive attack. Chilemba will not be intimidated under the HBO lights in fact 3 of Isaac’s last 4 fights came against unbeaten opposition. Before he faced Kovalev in 2016, it was a majority decision loss to Eleider Alvarez. Oleksandr Gvozdyk retired Chilemba in the 8th round giving more incentive for Bivol to outdo the young lions at light heavy.

Look for Bivol to chop down the tree at a conservative rate behind a stiff jab and as the rounds go by, hard combinations. With an impressive victory, Bivol can prove he belongs at a high level concerning the 175-pound division.

My Official Prediction is Dimtry Bivol by late TKO. 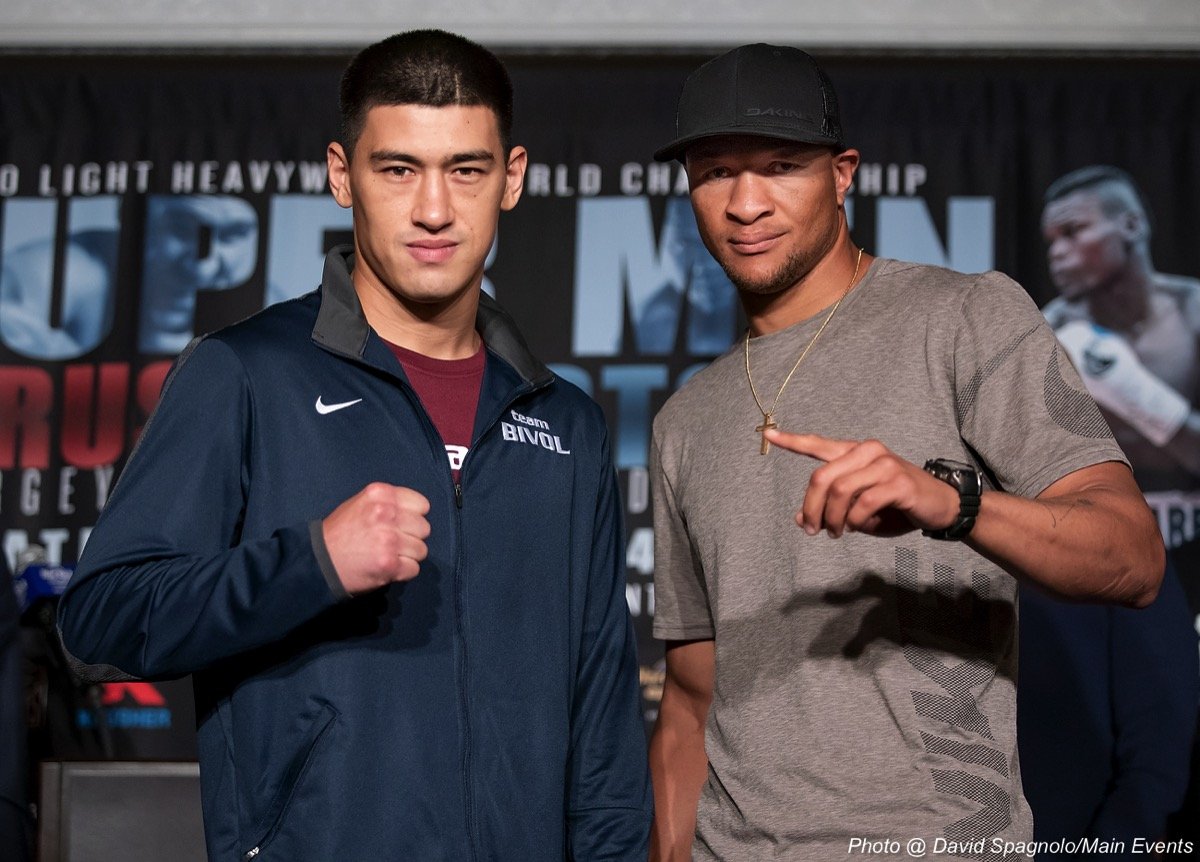 On to the main event matching a two-loss Sergey ‘The Krusher” Kovalev with undefeated Eleider ‘Storm’ Alvarez, at this point maybe step-a-side would be a more fitting nickname Alvarez. After sitting on the sidelines voluntarily waiting for Adonis Stevenson’s, finally Alvarez gets a title shot. Last year it was certainty Alvarez and Stevenson would fight in Canada. The stage was set after Alvarez dispatched the two biggest names in Canada Lucian Bute and Jean Pascal, albeit both well past there respected primes. Instead Stevenson fought Badou Jack leaving the door open for Alvarez to live out his dream of challenging for a world champion.

Alvarez doesn’t do any one thing great, the question will be can he do enough good things? Eleider doesn’t have much punching power which tells us he hasn’t relied on aggression to win. Sometimes Alvarez can be trigger-shy at close range, even when his man is on the ropes. Those lulls of inactivity can’t happen with a guy like Kovalev. If Alvarez isn’t actively trying to faint or keep a jab in Kov’s face he will be knocked out possible cold at some point.

This hack-of-a-scribe does give Alvarez a fighting chance as long as he stays off the ropes and avoids exchanging. Head and upper body movement will be very important for Alvarez on the account of Kovalev’s jab he throws a variety of ways and overall punching power. Obviously if you want to disrupt Sergey’s timing and concentration, a steady diet of body work is just what the doctor ordered. Getting down and dirty in the trenches combined with a good punch output but defensively responsible is the best plan for Alvarez.

Overall Kovalev is on a higher skill tier so barring a mental breakdown, once Sergey finds a rhythm it will be Kovalev’s hand raised. Don’t get me wrong Alvarez will have his moments, many of them due to Kovalev’s lack of defense on the way inside. His best chance is to stay on the outside by sticking and moving or applying dirty work on the inside. If Kovalev is allowed to fight at a comfortable range it’s just a matter of time until he gets his prey. This entertaining two-way fight skews towards Kovalev as he slowly but surely wears down Alvarez with heavy shots.

My Official Prediction is Sergey Kovalev by Unanimous Decision. 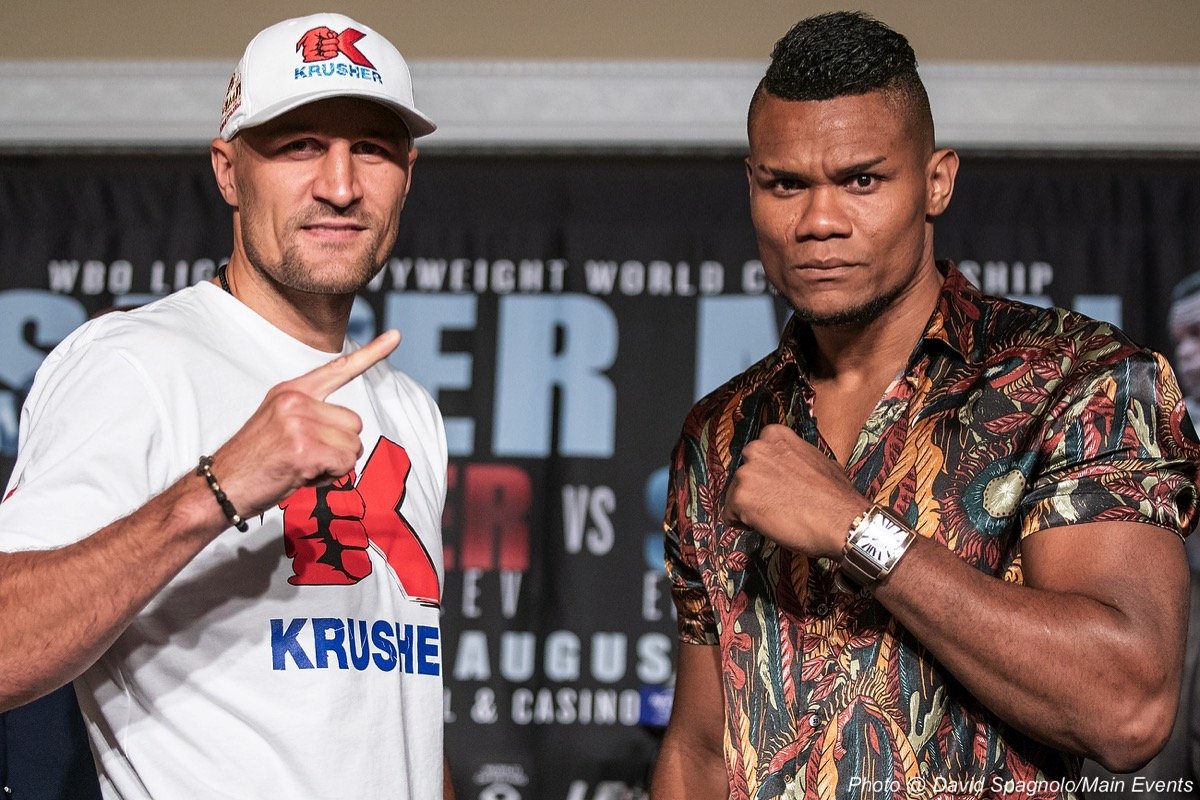 Side Note: Before the HBO card, the PBC on Fox returns with a slew crossroad fights that may well be quality but more fitting and acceptable to some fans on FS1. Alexander/Berto, Quillin/Love, and Collazo/Perrella are the stand outs making this card at least DVR-worthy.