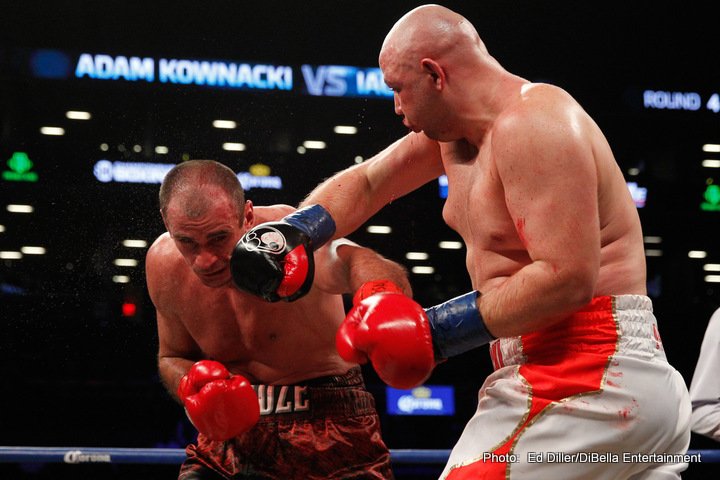 Polish fan favourite Adam Kownacki believes a good, no-doubt stoppage win over former IBF heavyweight champ Charles Martin will have earned him a shot at world glory. Set to face the southpaw on September 8 on the Shawn Porter-Danny Garcia card, the Polish warrior has another goal: that of surpassing Andrew Golota as the most famous heavyweight from Poland; one who is able to become a world champion.

As fans no doubt recall, Golota, a tough and talented heavyweight, ended up with a legacy that defined him as more of a bad boy, an unstable cheat even (he was, after all dubbed “The Foul Pole”) than as a great fighter. Kownacki aims to win the big one and fight within the rules. Can he stop Martin? If so, as he explained to RingTV.com, he would then look at taking on one of the division’s really big guns.

Dubbed “Baby Face,” Kownacki has been working himself closer and closer to the higher world rankings. A big hit in New York, where Kownacki has boxed plenty of times, the 29 year old is also closing in on getting himself a big, big fight. Rugged, possessing good power and a good engine, the 6’3” operator has certainly made himself a heavyweight to keep a firm eye on – Kownacki could even prove to be the sleeper or the dark horse of the weight class.

With an ‘I’ll fight anyone’ mental approach, and with Al Haymon looking after him, Kownacki might just surprise a top contender, maybe even a champion, should he get the opportunity to fight one. We need exciting, heart-on-their-sleeve type fighters like Kownacki, and the way he’s going he will pick up more and more fans over the coming months and over the coming fights. A win over Martin would be a pretty big result for the easygoing warrior.

“I think it’s another challenge for me to get a title shot,” Kownacki told Ring of the upcoming Martin fight. “I beat Artur Szpilka in four, and if I’m able to destroy Martin, I think I proved myself to get in line. I think I would surpass Golota if I get to win a title. Andrew is a Polish legend but never was champion.”

With Anthony Joshua and Deontay Wilder currently holding all the major belts, it will be a tough task for Kownacki to fulfil his dream, but he has plenty of supporters – including Lou DiBella, who tells us we shouldn’t sleep on Kownacki, as he can “flat out fight.”

Let’s see if Kownacki can do a number on Martin next month.